The Health Sciences Centre Foundation opened its doors in 1976. A group of dynamic volunteers came together—with William C. Gardner at the helm—to rally donors in support of medical research.

In late September 1976, the Health Sciences Centre Research Foundation was registered as a Canadian charity and opened its doors.

On October 1, 1976, Dora M. Luckhurst made a donation to the Health Sciences Centre Research Foundation. It was the Foundation’s first gift—made 48 hours after the Foundation started operations. 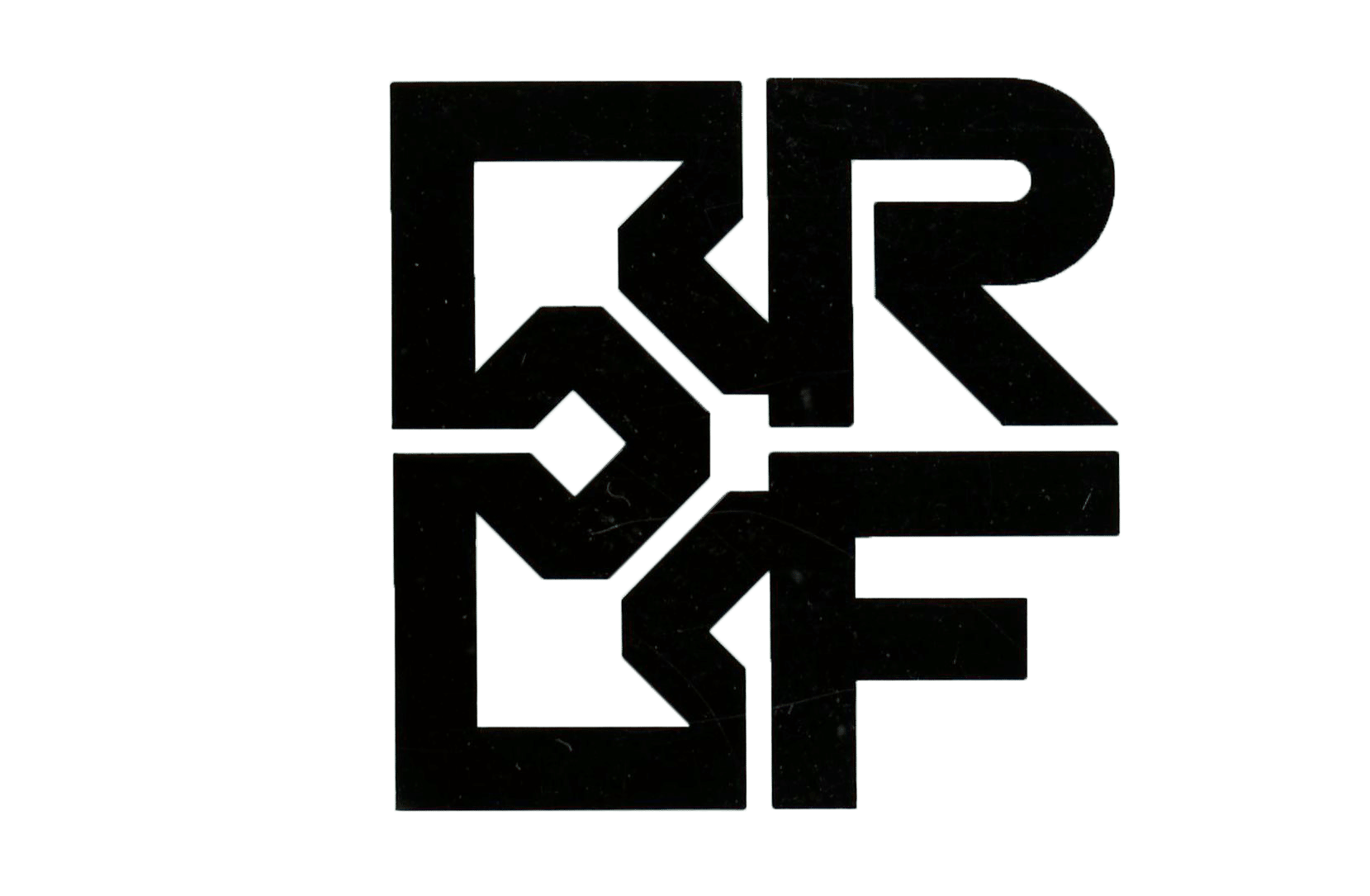 In 1980, the HSC Foundation made its first research grant. The recipients were Dr. J.H. Brown and Dr. Paraskevas and the title of their project was, “Depressive Illness and Neurological Complications in Malignancy: Can Tumour Antigens Induce Antibody to the Serotonin Receptor?” 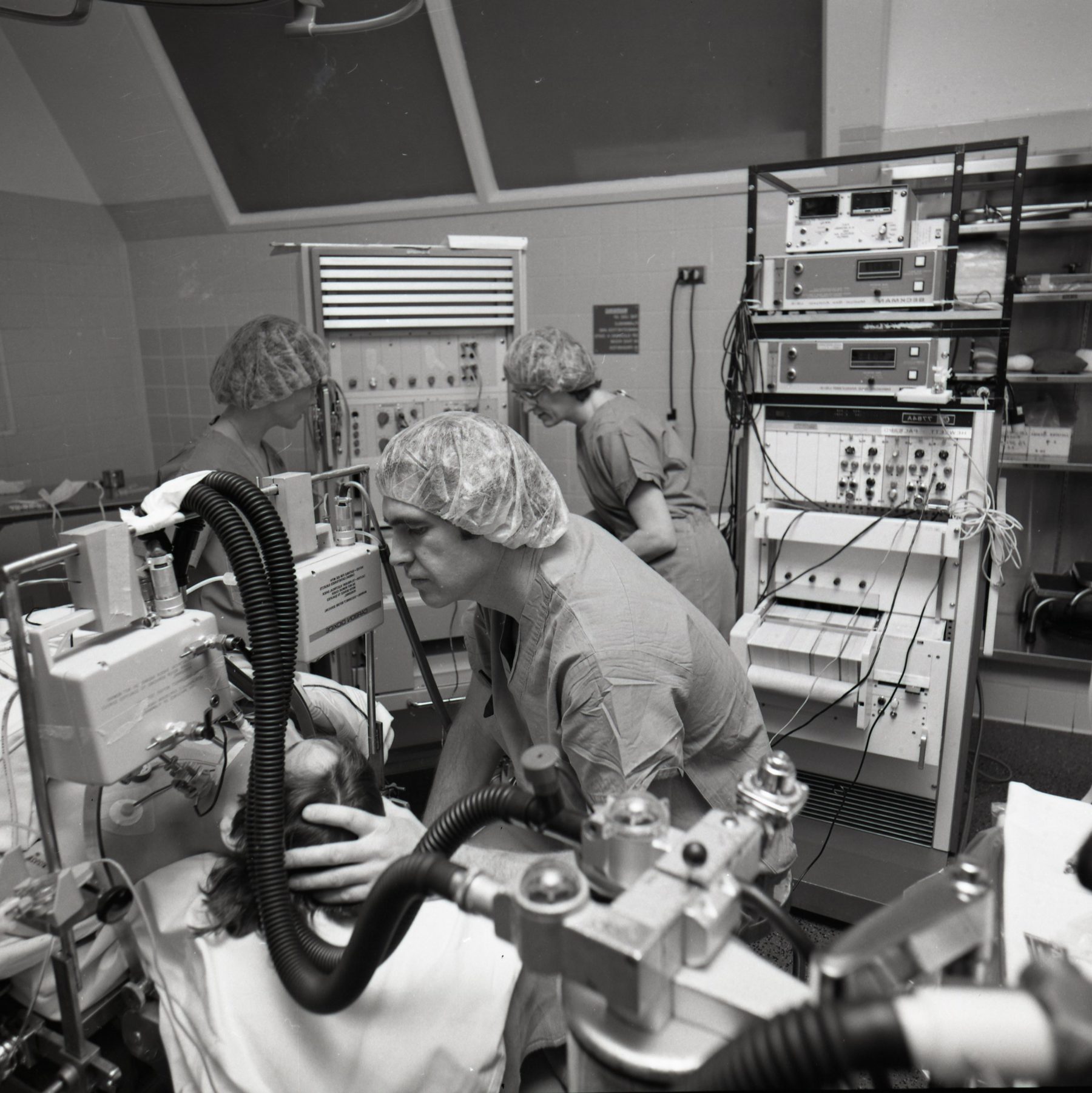 In 1983, Jessie H. Lang made her first donation to the Foundation. It was followed by 32 consecutive annual gifts—the longest streak for an individual donor. The Thorlakson Building on the HSC Winnipeg campus opened its doors in 1983. The building was funded in part by donors to the HSC Foundation.

In 1985, the Foundation contributed $4.9 million towards the construction of the 7th floor of the Thorlakson Building at HSC. This space is currently home to 16 principal researchers and their research staff.

In 1988, the Foundation received a $25,000 gift from the estate of Kathleen L. Webster. This was the first planned gift made to the HSC Foundation. 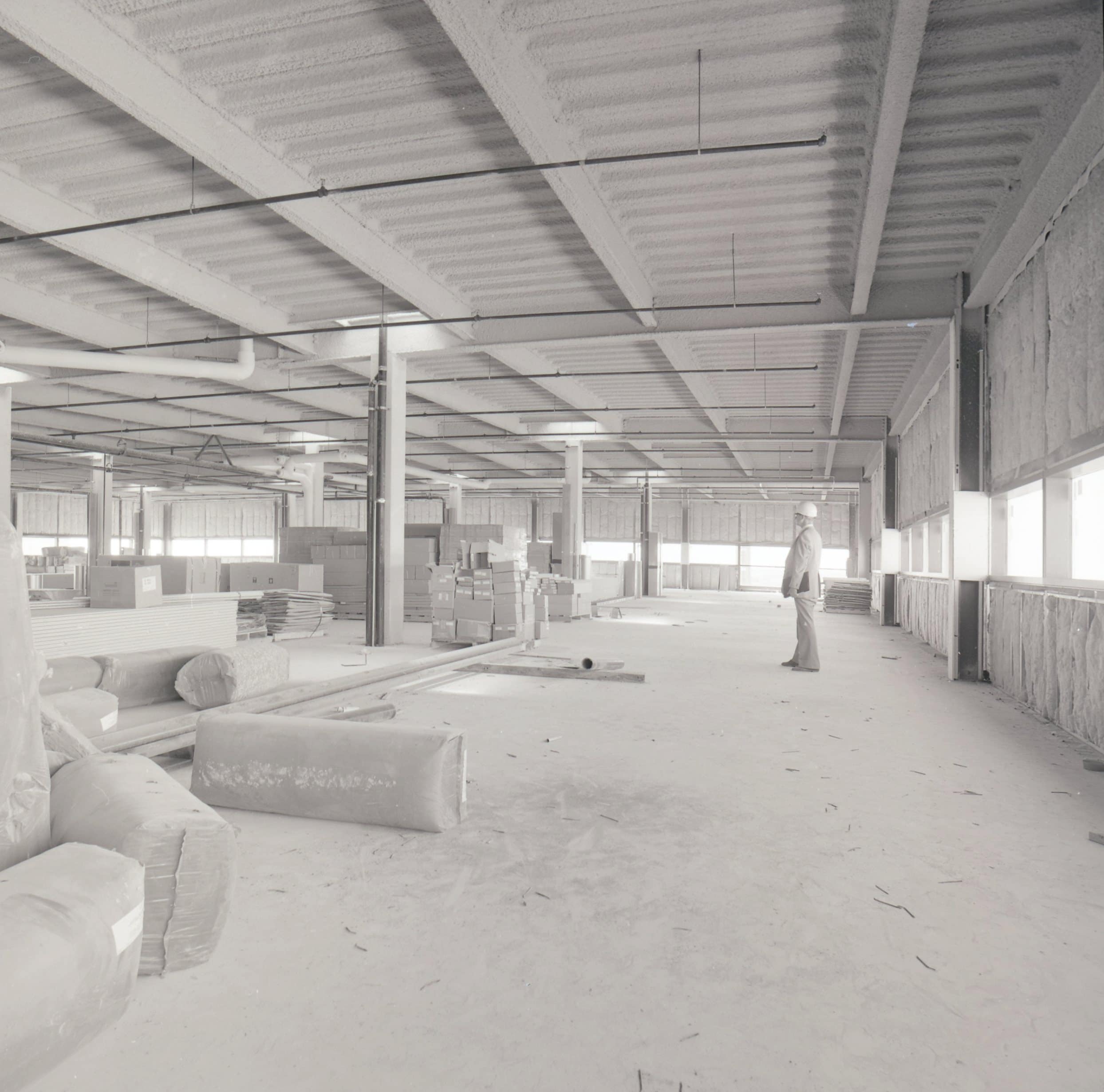 Hubert and Bernice Kleysen made their first donation to the HSC Foundation in 1994. Hubert Kleysen led the $25 million Breakthrough! Campaign to build the 80,000 square-foot Kleysen Institute for Advanced Medicine.

Bonnie and John Buhler made their first of many contributions to the HSC Foundation in 1994. The John Buhler Research Centre on the HSC Winnipeg campus honours their exceptional generosity. 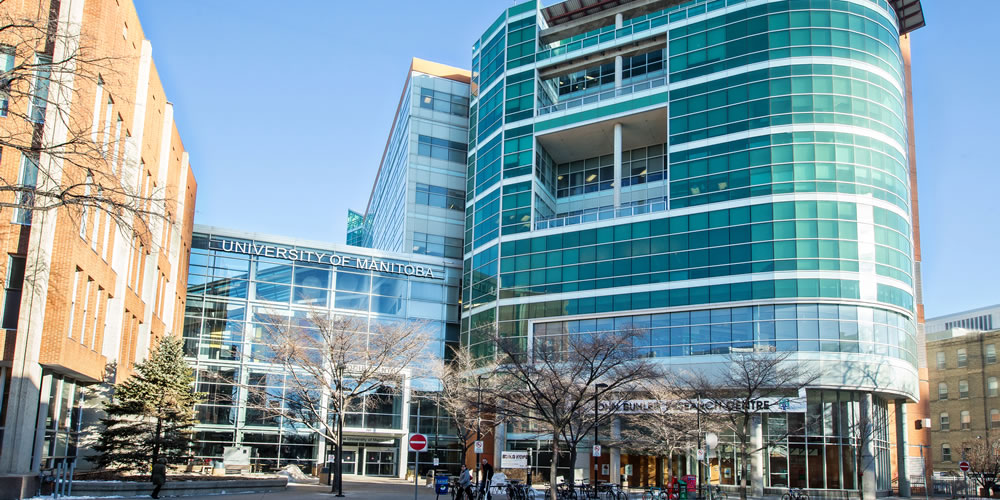 The White Cross Guild, operators of the Just Like New To You thrift store, made its first donation to the Foundation in 1999.

Paul Albrechtsen made his first donation to the HSC Foundation in 1999. He would become the Foundation’s largest donor—contributing over $13 million—before he passed away in 2019. 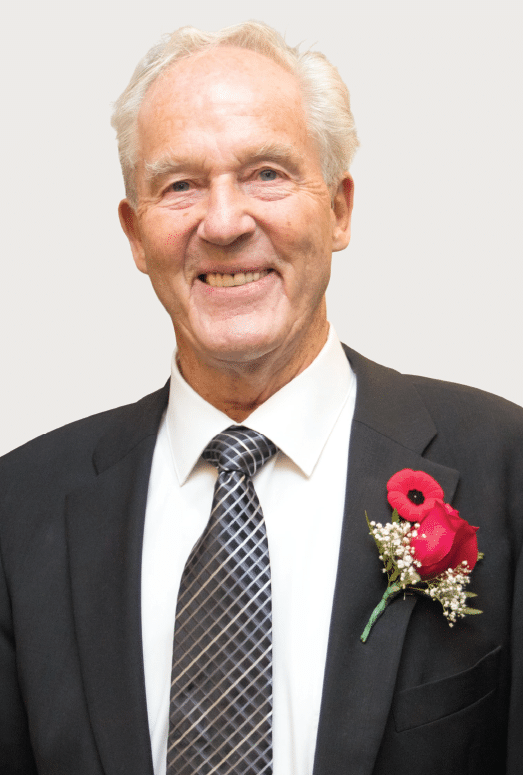 The Foundation contributed $800,000 to the Manitoba Centre for Proteomics and Systems Biology in 2000.

HSC Winnipeg opened the Great-West Life PET/CT Centre in 2004, raising the quality of diagnostics in Manitoba.

In 2006, Ken Hildahl chaired the Hope Project to fund important enhancements on GD6, an HSC ward for patients with leukemia, lymphoma, and other conditions that compromise the immune system.

In 2007, Jackie Stephen chaired the first Keeping Abreast event to raise funds in support of women in Manitoba living with breast cancer. 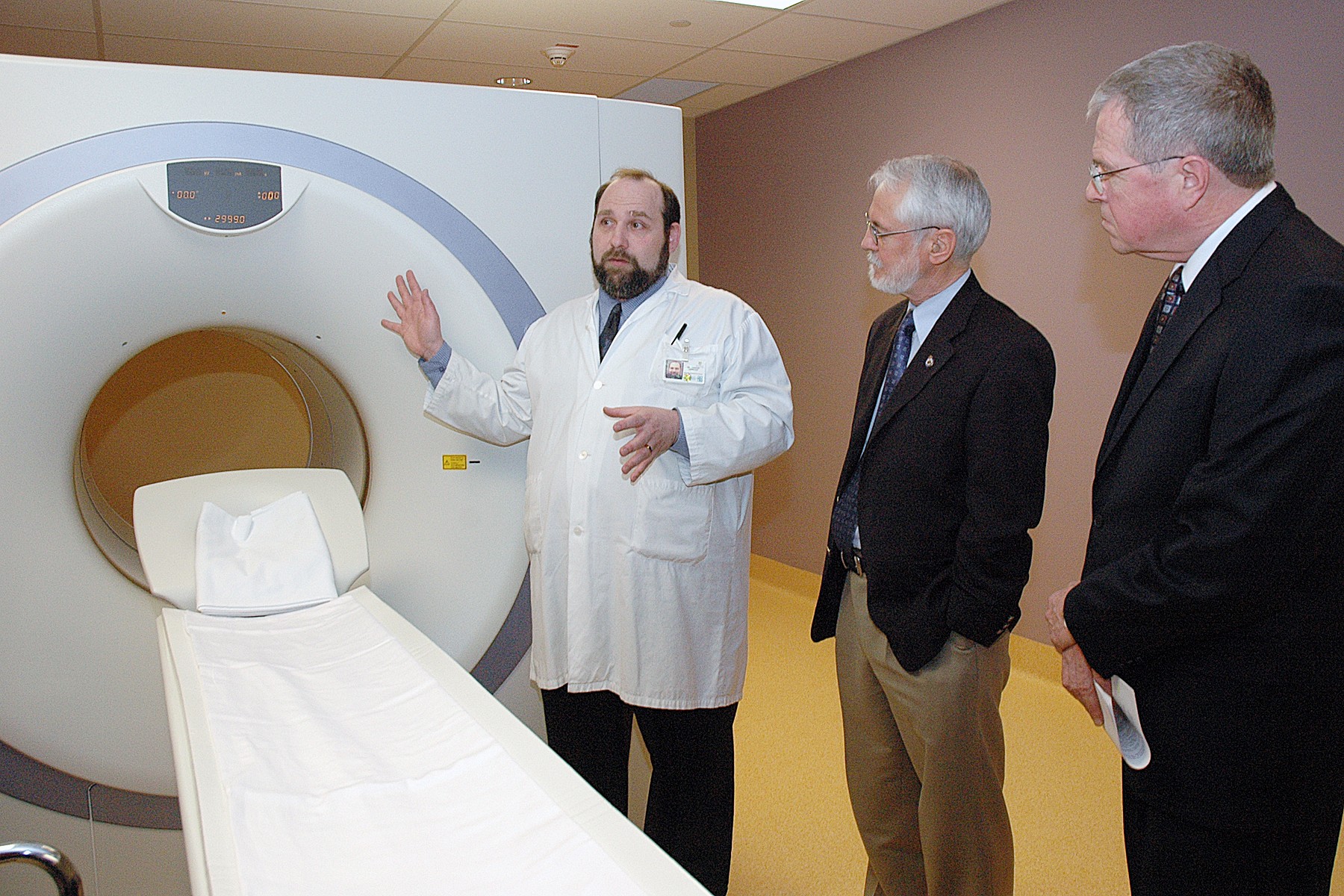 In 2011, the HSC Foundation held its first Savour: Wine & Food Experience, a flagship fundraising event. Since 2011, Savour has raised about $1.4 million.

The Kleysen Institute for Advanced Medicine opened its doors in 2012.

Emily Doer organized the first Tea for Eating Disorders in 2013, raising over $33,000. This was one of the most successful grassroots fundraisers organized by a member of the community on the Foundation’s behalf.

In 2013, the state-of-the-art Centre for Surgical Innovation started operating in the Kleysen Institute. Foundation donors invested $12.5 million in this important project.

Bill Magus was the first new Foundation donor in 2016-2017, our 40th anniversary year. As well in 2017, HSC unveiled the Varian Edge, a state-of-the-art piece of equipment that eradicates certain tumours with extreme precision while leaving healthy cells intact. The Edge was purchased with a $5 million gift from Paul Albrechtsen. 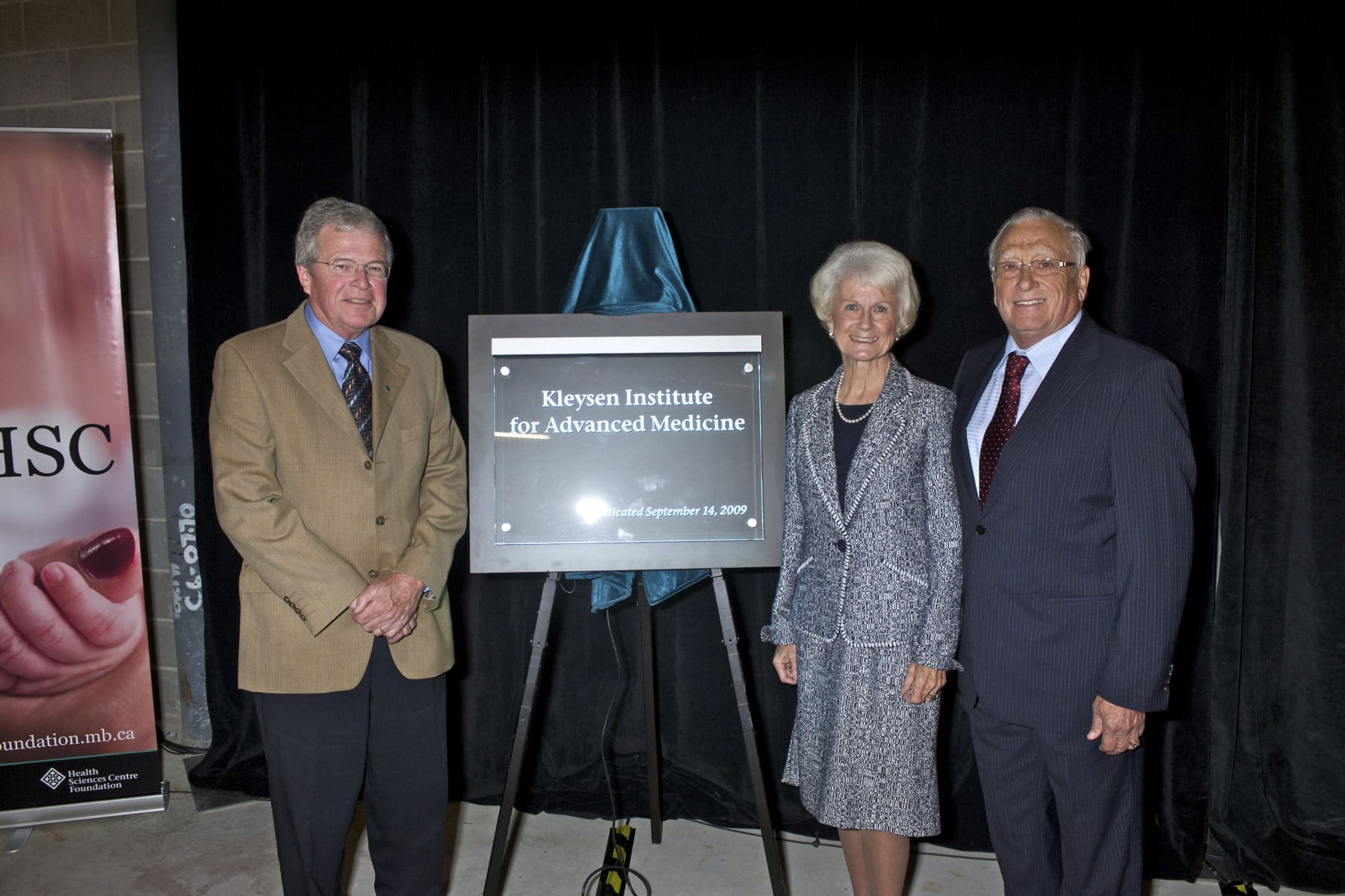 In 2018, the Firefighters’ Burn Fund endowed a $2 million gift in support of innovate stem cell research.

Thanks to another transformational gift from Paul Albrechtsen in 2018, HSC announced the development of a new space for interventional angiography (the practice of diagnosing and treating patients through their blood vessels and arteries). 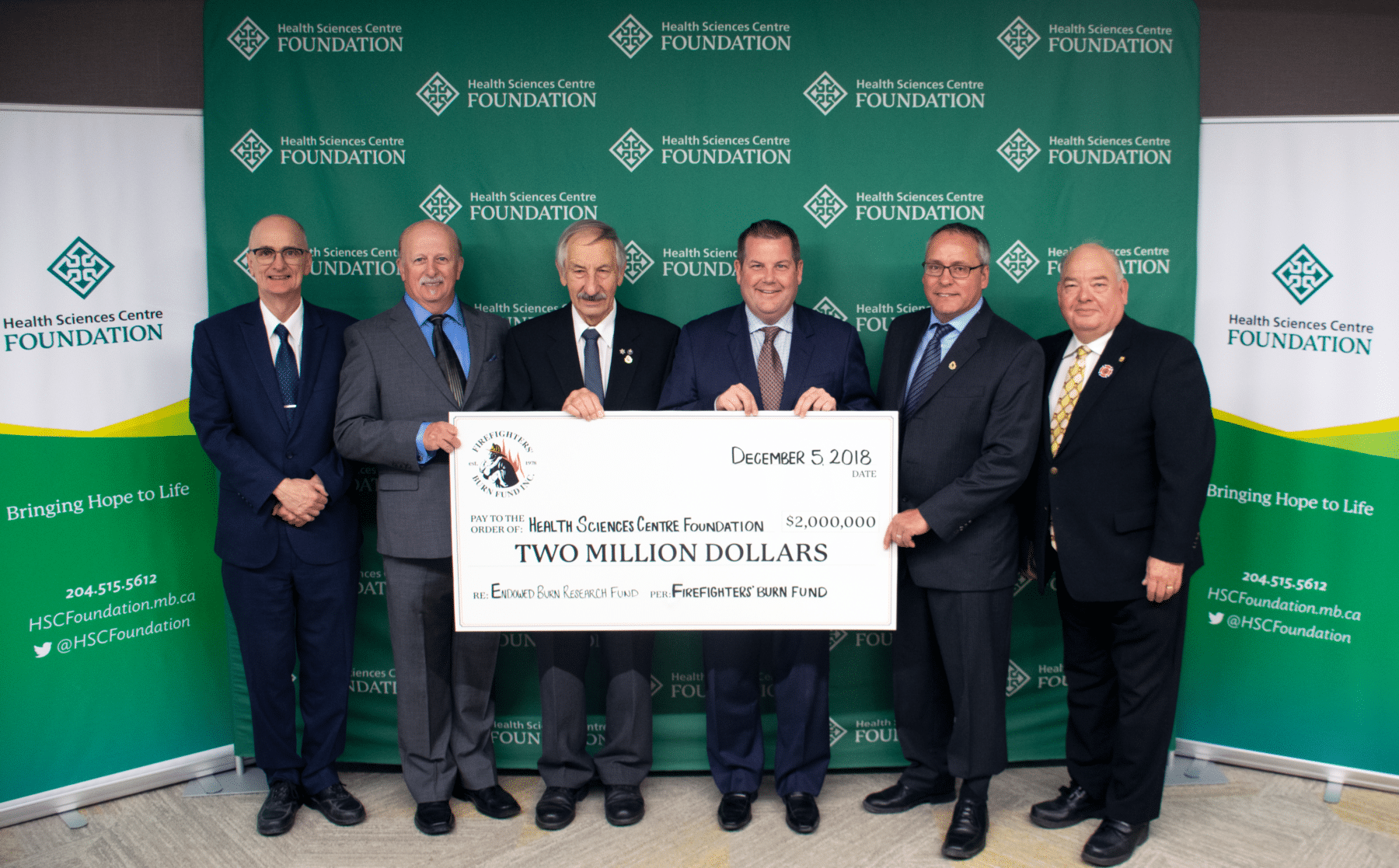 In 2019, thanks to gifts from two anonymous donors, a new transplant unit was announced to be built on the third floor of the Kleysen Institute for Advanced Medicine.

The Innovation HSC Annual Campaign was launched in 2019 to shine a light on excellence in patient care at HSC. 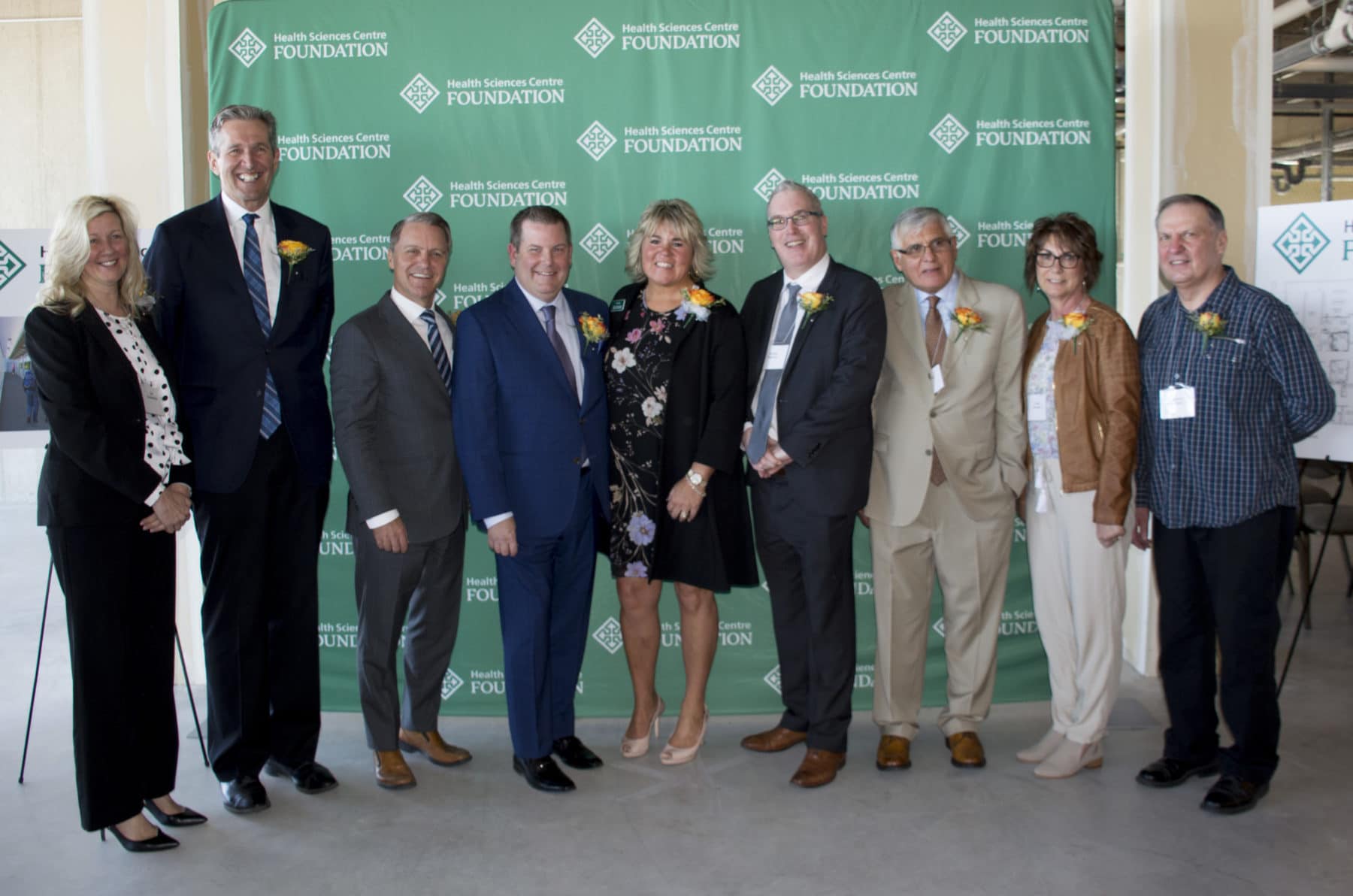 Thanks to the generosity of donors to the Health Sciences Centre Foundation, HSC Winnipeg opened the doors to the new Wilf Taillieu Thoracic Surgery Clinic and Endoscopy Unit in 2019. The new clinic reduces wait times and improves care for patients with esophageal cancer, lung cancer, and other thoracic conditions. 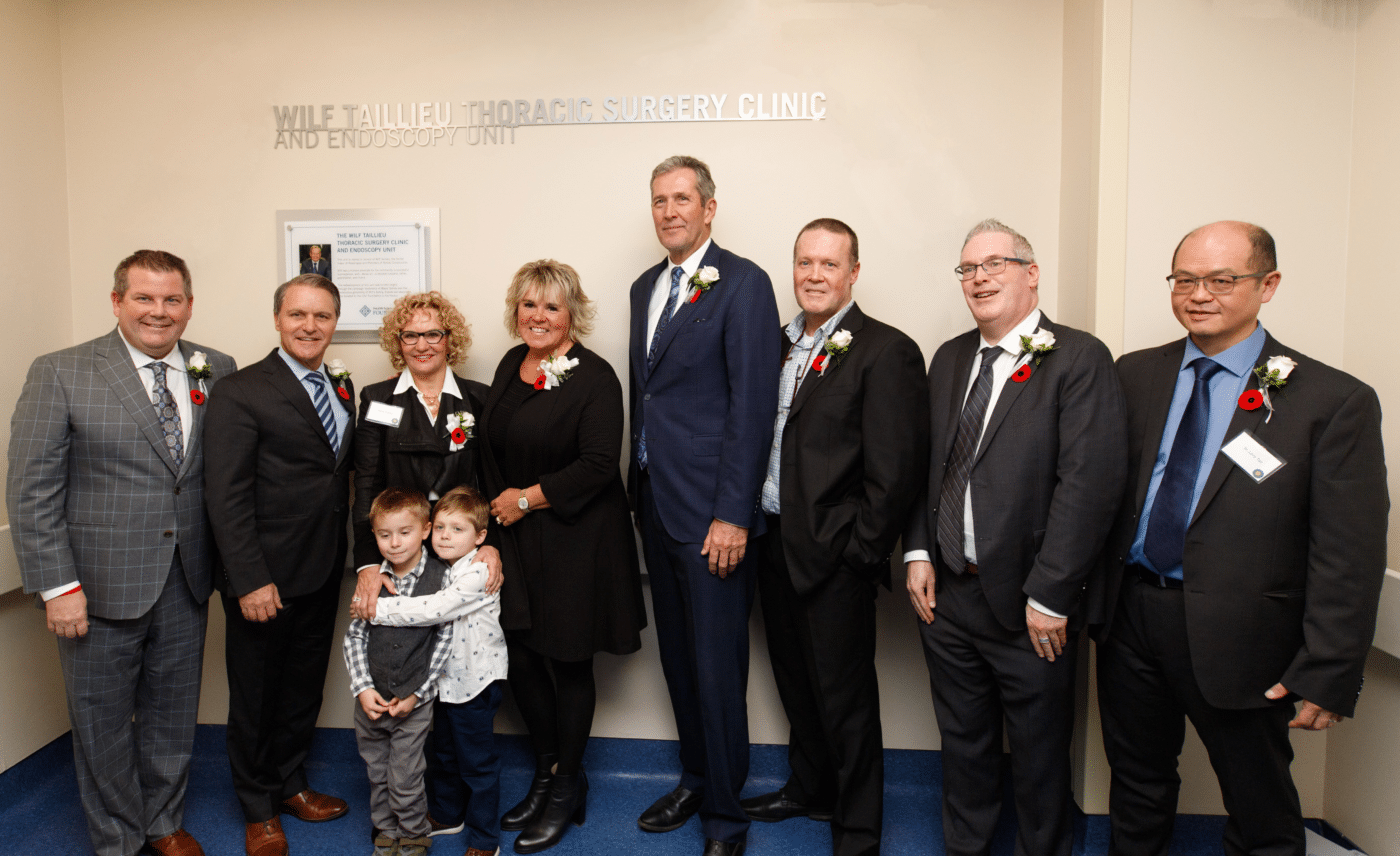 In March 2020, we launched our COVID-19 Crisis Response Fund to support frontline workers at HSC and do our part to support HSC’s response to the pandemic. 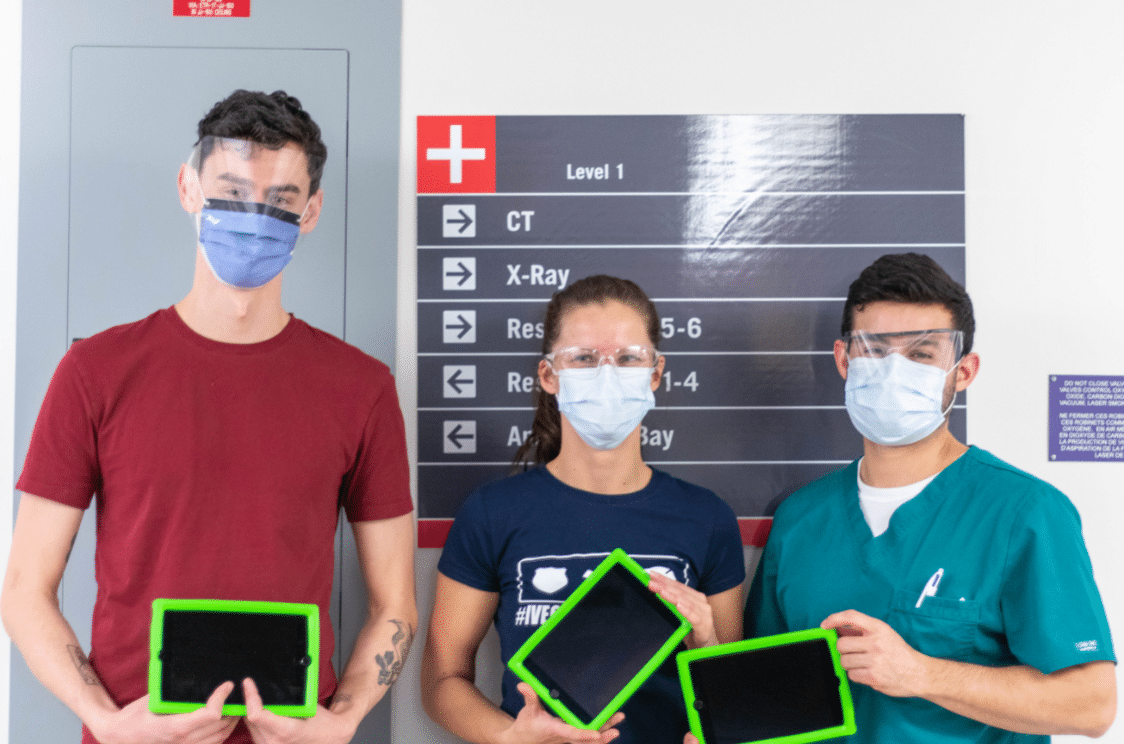 As of August 31, 2021, the HSC Foundation donor-supported Virtual COVID-19 Outpatient Program had saved 2,093 bed days since its inception in December 2020. 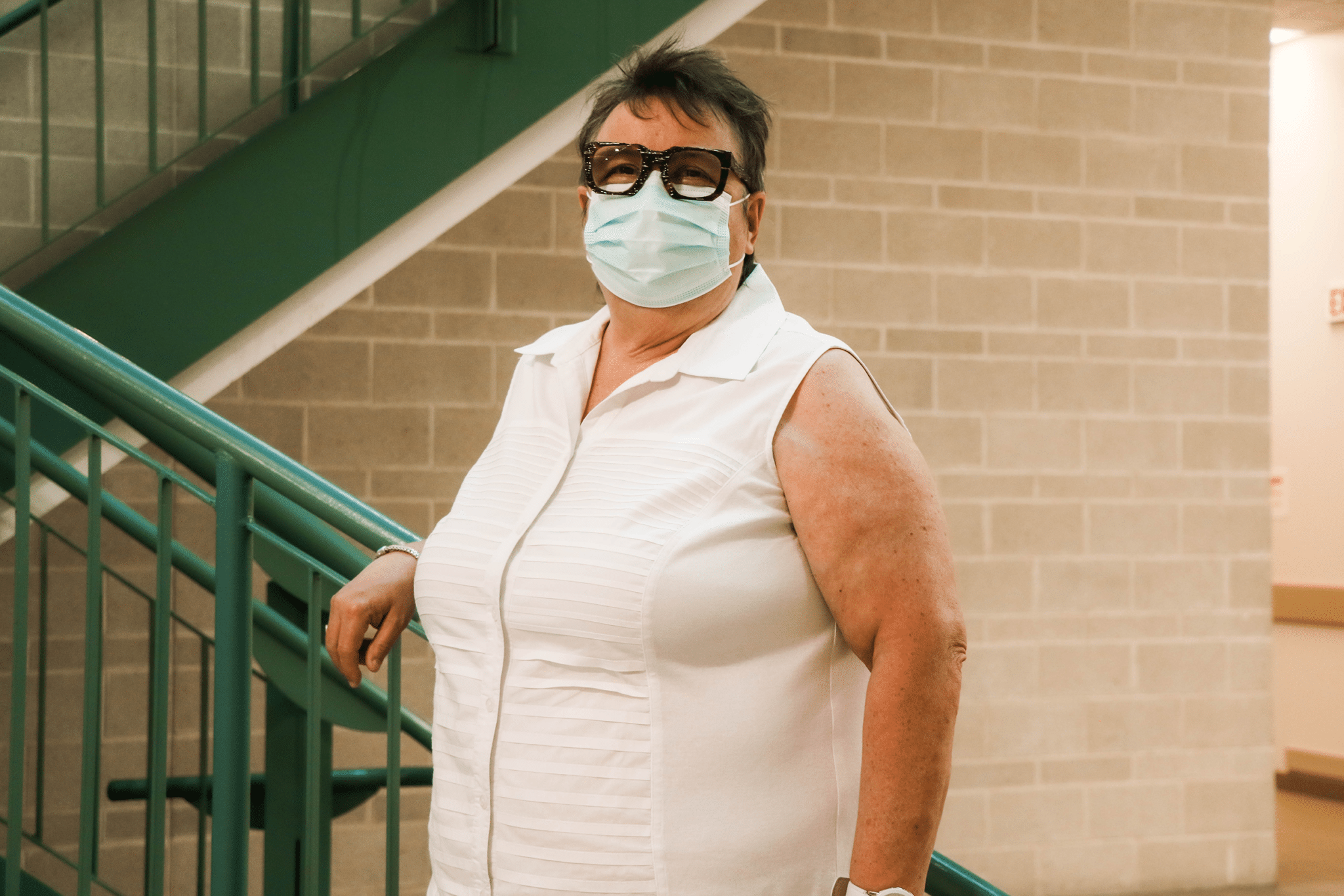