A Gene for Caring 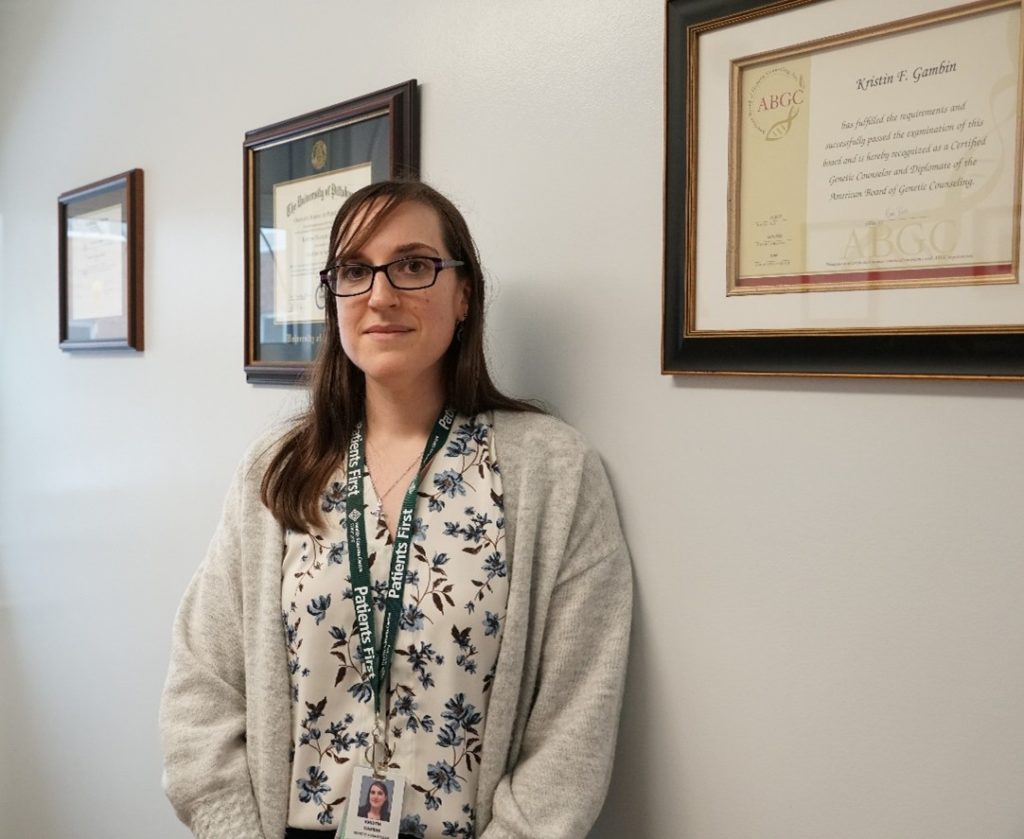 While growing up, a child’s career path is often inspired by their parents’ careers. Doctors, nurses, and teachers are just a few professions that are frequently emulated by the next generation. For Kristin Gambin, genetic counsellor at HSC Winnipeg, her career was motivated by her late brother Adrian, who she unfortunately never had the opportunity to meet.

Even though Adrian only spent two hours in this world, his impact will span many lifetimes. At birth, Adrian was diagnosed with Trisomy 13, a rare condition also known as Patau syndrome, which means he was born with an extra chromosome. Trisomy 13 affects nearly every organ in the body; from severe heart defects to brain abnormalities, the impact of Trisomy 13 is life-threatening, and infants often pass within a week of being born.

“Growing up, my parents always talked to me about my oldest brother Adrian,” says Gambin. “I’ve always known about HSC’S Genetics Clinic and how they helped my family after Adrian’s passing.”

From a young age, Gambin knew she was interested in genetics, but didn’t want to become a geneticist. “My interest in this field was piqued around grade nine, but I knew I didn’t want to be in a lab doing wet lab research like non-medical geneticists do,” notes Gambin.

Cue genetic counselling, a profession that helps people recognize and adapt to the ramifications of possible or confirmed genetic problems. “We take large quantities of information and boil it down to that nuclear, understandable bit. We often deliver distressing information, therefore, we provide emotional support as well,” says Gambin.

Gambin is one of only 13 certified genetic counsellors, 9 of whom see patients, in Manitoba and one of only approximately 7,500 in the world.

“There’s a huge demand for genetic counsellors—and it keeps growing. Under five years ago, there were three jobs available for every new genetic counsellor grad. Now I don’t even know how many jobs are available per grad—it’s astronomical,” notes Gambin.

Just one example of a situation where Gambin would be needed is when a child with epilepsy and developmental delay isn’t responding to antiepileptic medications and parents need to discover why their child is experiencing seizures. This is where genetic testing intervenes to test genes in the body to help find answers.

“We counsel individuals and families oftentimes from before birth all the way until potentially after the death of an individual,” says Gambin. “I recognize that I am often associated with a very negative time in a person/family’s life, and I strive to meet them with empathy and acknowledgment, and to empower parents to be the best advocates for their children. I am always in awe of the resilience of families and their desire to help others in similar situations.” 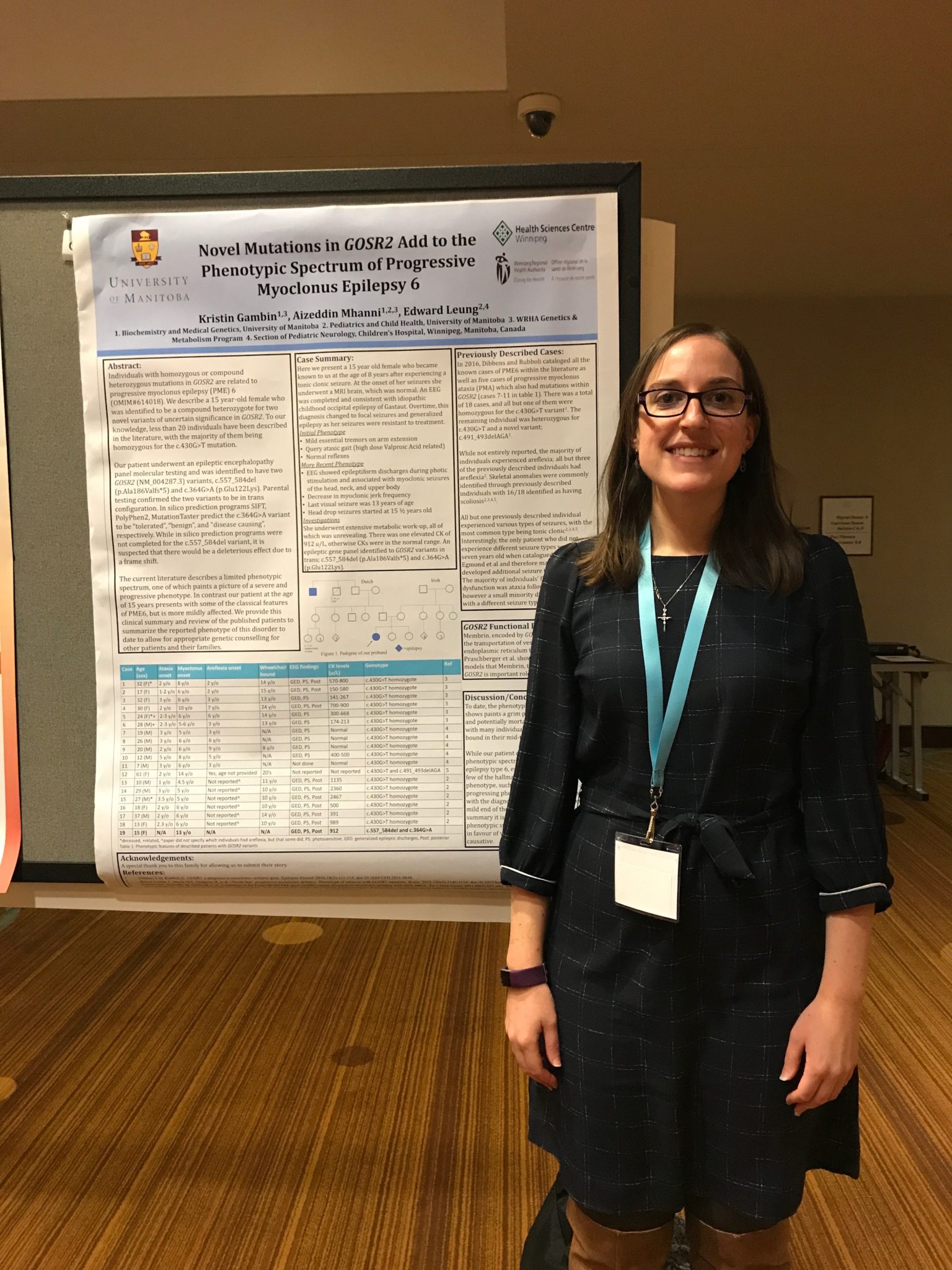 Kristin Gambin presenting at the Canadian Association of Genetic Counsellors conference in 2018.

Along with her family connection, Gambin’s career was also influenced by doctors who worked with her parents after Adrian’s death, such as Dr. Cheryl Rockman-Greenberg, C.M., one of HSC Winnipeg’s physicians and a clinical and metabolic geneticist in the Program of Genetics and Metabolism with Shared Health. “It’s amazing that I now get to work with Dr. Rockman-Greenberg, who had such a positive impact on my parents, and me in return,” says .

While much has changed in the world of genetic research in the nearly 40 years since Adrian was born, there is plenty yet to learn. This is one of the reasons why the Adrian Gambin Genetic Trust Fund to help support genetics research and education was started.