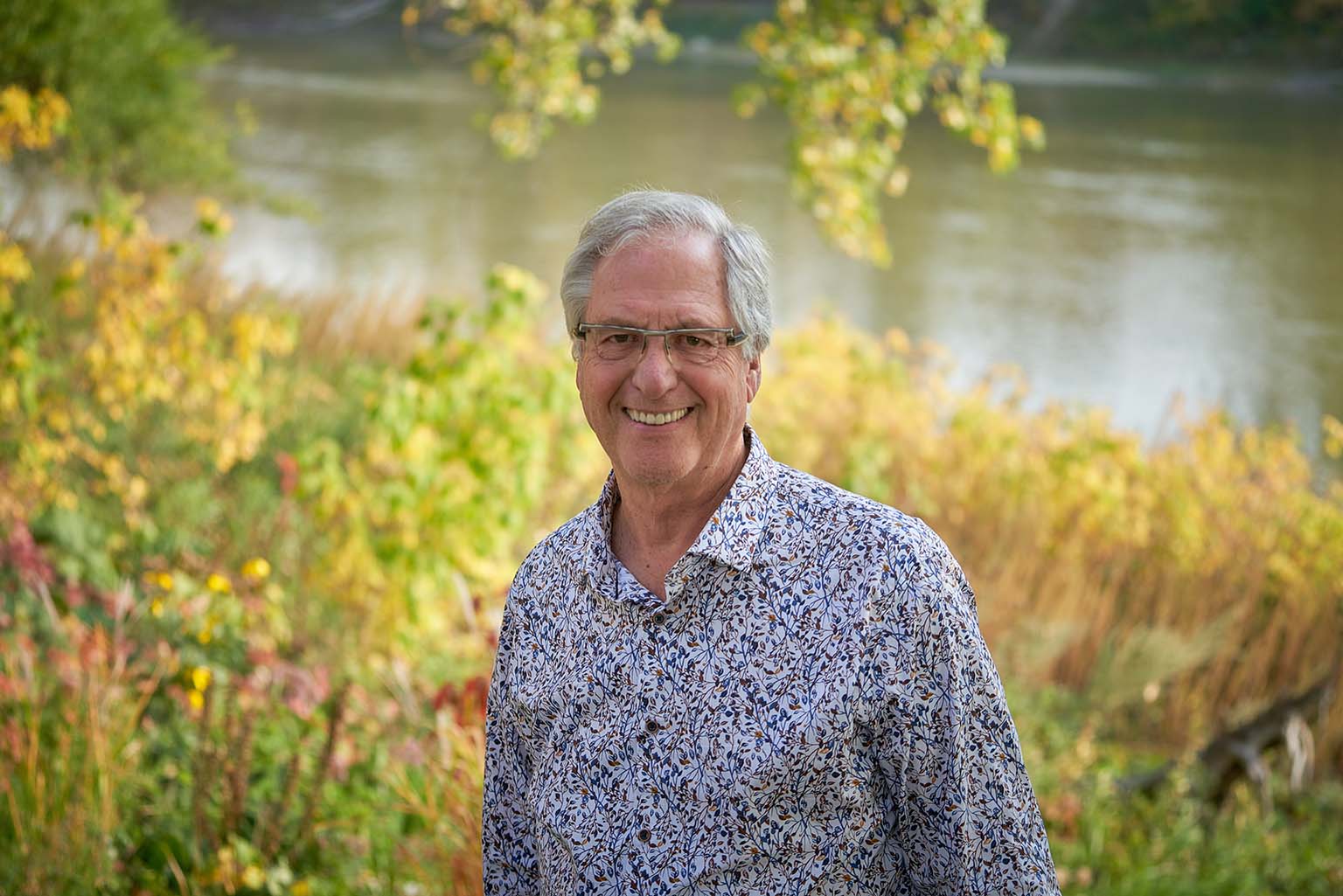 Williams was raised in sunny St. James by Ray and Pearl, who set an example of volunteerism and philanthropy that continues to inspire today.

“My Mom volunteered at hospitals and my Dad with the Lions and the Shriners. My Dad always said that volunteering was a win-win proposition. The organization being helped wins, and the volunteer wins because it feels good and they can see the results of their efforts.”

Williams attended Linwood School and says he got through St. James Collegiate “by the skin of my teeth” before going to the University of Manitoba. “I went for two years, but they were all first year,” he laughs.

He then went on to North Dakota State University where he enlisted in the Reserve Officers’ Training Corps (ROTC) program. To this day, he holds a special affinity for soldiers and veterans in the United States and Canada. As an Honorary Colonel of the Fort Garry Horse Regiment, Williams made headlines in the spring of 2021 marching in uniform with a 40-pound pack for 20 km for two consecutive days to commemorate the 76th anniversary of the liberation of the Netherlands. He would have preferred to return to our soldiers’ gravesites in Holland, which he had visited before, but COVID-19 made that impossible.

“There are 34 soldiers with the Fort Garry Horse buried there in the Netherlands,” Williams told the Winnipeg Free Press. “It shows Freedom is not Free.”

His first volunteer experience as a younger man was as a trip leader and later as a Board member with the Winnipeg Canoe Club: “I had leaders/mentors, and then I became a leader, and I tried to lead by example just like my parents,” he says.

Now in his seventies, he still takes several three-day canoe trips a year to “the middle of nowhere”. He also travels west to ski and tries to walk five kilometres four times a week. He’s passionate about embracing and protecting nature and giving back. His love of nature was born in childhood with walks along the Assiniboine River near the family’s home. Aside from his own outdoor activities over the years, he has done his part for the planet as a philanthropist and Board member with the Assiniboine Park Conservancy, the Nature Conservancy of Canada, Fish Futures, and Polar Bears International (he’s met the bears eye-to-eye on more than one occasion). He also served on the Board of ImagineAbility.

Through his northern canoe adventures, Williams learned to appreciate Inuit art and developed relationships with many carvers. He has been a driving philanthropic force behind the Winnipeg Art Gallery’s Qaumajuq Inuit art centre, leveraging philanthropy through his own generous matching gift.

Williams is a great believer in matching gifts because they give someone who is considering making a donation the opportunity to double their gift, so no gift is too small!

When Bob Williams reflects on the past, he says with a grin and a wink (and maybe even a blush) that “there wasn’t much that I missed out on in the ’60s and ’70s; whatever was available, I participated in it… I didn’t miss much.” But it was also in the 1970s when he embarked upon his career in property development and management, a career he continues to enjoy to this day through Swancoat Investments, the company his father launched in 1960. Williams took over in 1990.

Before joining the family business, Williams worked with another property development firm, earning his position despite having zero experience. He showed up looking for work on a day when one of the owners lost his driver’s licence for speeding and needed Williams to drive him around. The rest is history. That little bit of serendipity and good timing opened the doors to a long and successful career.

His favourite parts of his work are helping independent businesses find a home and building relationships with the owners. “I’m a people person. I like dealing with people and developing that trust and faith,” Williams says of his tenants. “You become part of their story and you’re sharing the journey with them.”

Williams shares his story with his wife Heather, “who shared my many adventures, paddling on isolated Arctic rivers, kayaking in the warm Caribbean waters, and sunsets at the cabin.” The couple enjoys travel to warmer climates like Mexico, Palau, and Cozumel where Williams likes to scuba dive. He also enjoys spending time with Heather’s daughters (Tara and Lisa) and their grandchildren.

As for his commitment to leave a legacy gift to the HSC Foundation, Williams sees it as yet another opportunity to give back to the community and hopes that his decision will inspire others to support the Foundation with donations and legacy gift commitments.

Heather is a former nurse with weekly volunteer experience on the children’s cancer ward. Dinner conversations would be about the heartbreak and grief of working with very ill children. But she also spoke with joy of the patients who rallied, the good news stories, the patients who were surrounded by loving families, and the dedicated staff. This gave her hope, and gave Williams an important lens on the health care system.

We have been very fortunate to have a successful living in Winnipeg. This is an opportunity to give back. The Bannatyne Legacy Circle “is a chance to do something meaningful in support of health care,” says Williams. “Legacy gifts are a great idea and a great way to make a difference for the long term.”