As a medical student, as a physician, and as a senior administrator, Dr. Brock Wright has always been fascinated and driven by “community medicine” focused on the health of the population, including how health systems contribute to the health of individuals. Dr. Wright has always viewed HSC as a cornerstone of Manitoba’s health care system.

“HSC has always played a major and essential role in Manitoba’s health care system,” says Dr. Wright, “as the provincial trauma centre and as the hospital that provides most of the complex specialty care.”

From a young age, Dr. Wright knew that he wanted to be a doctor. He was inspired by his grandfather, who led dermatology at the Winnipeg General Hospital, and by his uncle, who also trained in Winnipeg and became a noted pathologist in the States. 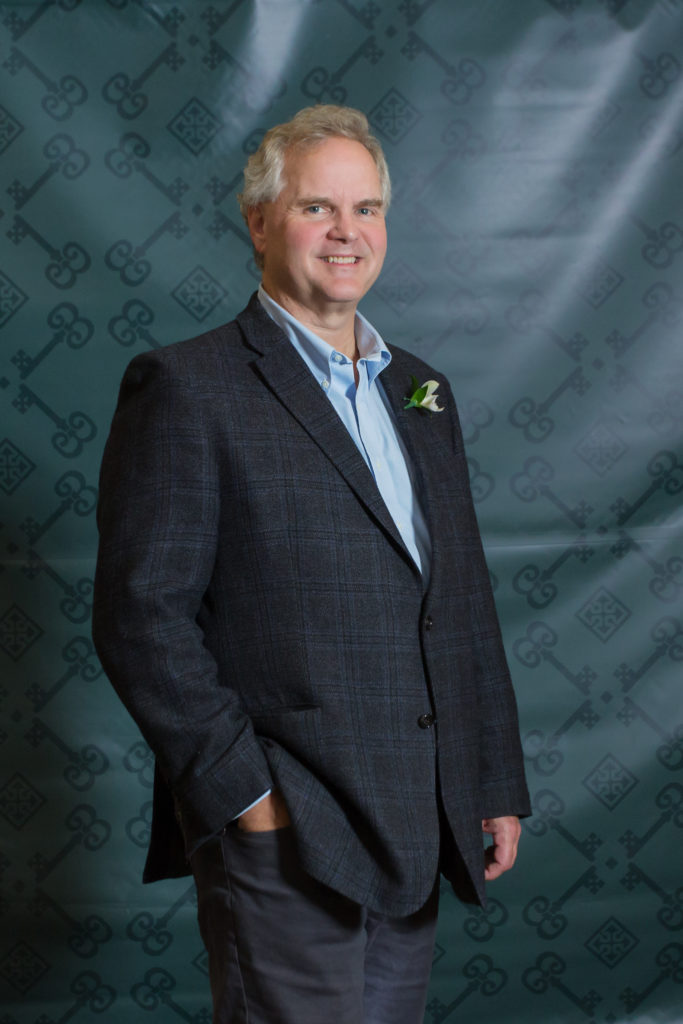 Beginning in high school, and continuing throughout medical school and post-graduate training, Dr. Wright was very interested and involved in student politics.

“I always enjoyed student politics as somewhat of a hobby, but those early experiences piqued my interest in leadership and system change,” says Dr. Wright.

Dr. Wright trained in medicine in Manitoba and did much of his clinical training as a student at HSC. After graduating in 1984, he joined the University of Manitoba’s Northern Medical Unit (now Ongomiizwin Health Services) and worked with patients in both Norway House and Hodgson.

In 1986, Dr. Wright returned to Winnipeg and started residency training in Internal Medicine, largely at HSC, which he really enjoyed, but had to decide on his longer-term career choices.

“I had trouble wrapping my head around the idea of focusing on one sub-specialty for my entire career,” says Dr. Wright. “I had a real interest in the broader health care system.”

And so, Dr. Wright started his residency in the emerging field of Community Medicine which was focused on public and population health. During his residency, he decided that he wanted to learn more about leadership and management and how people could work more effectively together to achieve system improvements. He enrolled in a part-time Master of Business Administration program while building his skills in Community Medicine.

After completing his training in 1990, Dr. Wright accepted a position at Health Sciences Centre working for the Chief Medical Officer, and had the opportunity to introduce a new approach to quality (TQM) that focused on process improvement as a way to improve quality, and a new approach to strategic planning that cut across organizational silos and led to a new organizational structure at HSC called “program management”.

In 1996, Dr. Wright led a major planning process in Winnipeg that recommended consolidating hospital-based care and shifting care into the community. In 1997, he was appointed HSC’s Vice President and Chief Medical Officer. From 2000 to 2017, he served as Vice President and Chief Medical Officer for the new Winnipeg Regional Health Authority and, for five years during that period, also served as the Chief Operating Officer at HSC where he forged a strong relationship with the HSC Foundation.

In 2012, Dr. Wright became the Founding Chair of the Provincial Medical Leadership Council and together with his Chief Medical Officer colleagues from other health regions, brought clinicians together from across the province to identify how clinical services could be better aligned and patient care improved. In 2017, he became the Chief Executive Officer of a new provincial health authority called Shared Health, responsible for working with key stakeholders to develop Manitoba’s first provincial clinical and preventive services plan. HSC joined Shared Health in April 2019.

“It is exciting that HSC is now recognized as ‘Manitoba’s Hospital’,” says Dr. Wright, “and has the opportunity to establish closer relationships with organizations and individuals across the province.”

Dr. Wright is grateful to have the opportunity to give back to a hospital that has had such an influence on his life, and that has touched the lives of so many Manitobans.