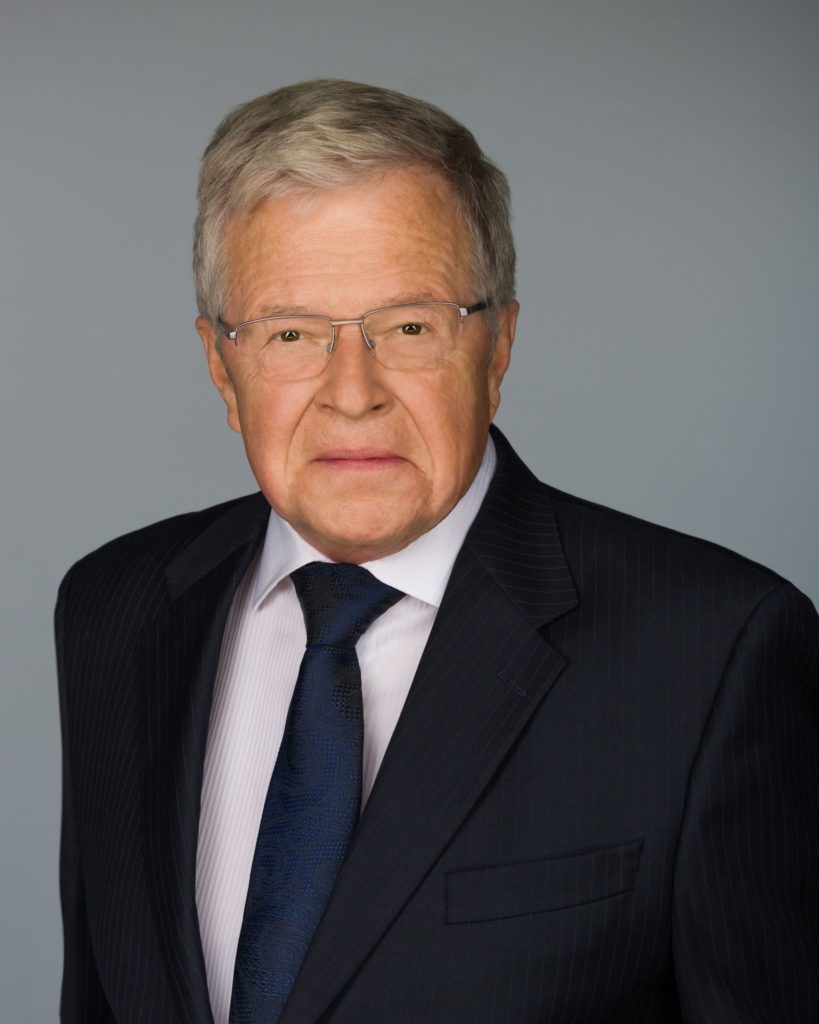 Lynn Bishop’s history with the Health Sciences Centre began years ago when Lesley, his bride-to-be, was a nursing student at what was then known as the Winnipeg General Hospital.

He dutifully dropped her off and picked her up, never imagining at the time that he would one day be a key volunteer leader of the hospital’s foundation.

Bishop was born in Carman and raised in Selkirk. His family also lived in Thunder Bay before settling in Winnipeg when Bishop was 18. He graduated from Nelson McIntyre Collegiate before enrolling at the University of Manitoba to study transportation from 1966 to 1971.

While Lesley pursued her nursing career, Bishop was attracted to the field of aviation. He earned his pilot’s licence, and while at U of M spent his summers working as a commercial bush pilot, flying float planes into and out of isolated locations in Northwestern Ontario.

After graduating, Bishop took airport-related jobs in Edmonton, the Northwest Territories, and Barbados before returning home to Winnipeg in 1990 to become the General Manager of the Winnipeg International Airport. He moved on to other senior management positions with Winnport Logistics and Cargojet Canada before semi-retirement in 2008.

As a volunteer in the community, he served as President of the Winnipeg Football Club (1996–1997).

In 2001, he joined the Board of the Health Sciences Centre Foundation at the urging of his close friend and Foundation Board member, Norm Humby.

By 2004, Bishop became the Chair of the Board and served in that position until 2009. In 2015, he was named an Honourary Director of the Foundation and today serves as Chair of that group.

“I became mindful of the health care system and its challenges through Lesley’s eyes when she was working as a nurse,” says Bishop.

“I saw joining the Board of the Foundation as an opportunity to contribute time and effort toward meeting health care objectives that are so important to all Manitobans. I looked forward to the challenge.”

As Chair, Bishop was very actively involved in the campaign to raise funds for the construction of the Kleysen Institute for Advanced Medicine on the HSC campus.

He fondly recalls asking good friend Hubert Kleysen to chair the capital campaign: “Hubert being Hubert, I knew there would soon be a quickening of campaign results. Hubert did this and so much more.”

Bishop also recalls with fondness the confirmation of a $1 million gift from Herb and Erna Buller.

“That remarkable gift gave the campaign life and credibility,” says Bishop. “It was an important moment in the Foundation’s history and I was honoured to be a part of it.”

As a Board member and as Chair, Bishop liked to roll up his sleeves with his colleagues and do the heavy lifting required to take the Foundation to the next level.

He was inspired by his late parents, Franklin and Isobel Bishop (née Landles), who were deeply committed to community service: his father as a Rotarian and Mason; his mother as a member of P.E.O. International. He hopes that his daughter Kirsten, daughter Ainsley and her husband Bob, and his grandchildren Jordan and Ian will be similarly inspired.

“Without the HSC Foundation, so many important initiatives would never take flight,” he says. “Because of philanthropy, Manitobans have access to some of the best medical technology in the world. We must continue to build on that.”

As Chair of the Honourary Directors, Lynn Bishop hopes that he and his colleagues can do just that while inspiring others to support the Foundation today and for all time.