Grandfather, Gardener, and Force to be Reckoned With

“I have a lot of life left to live and I’m not ready to give that up.” 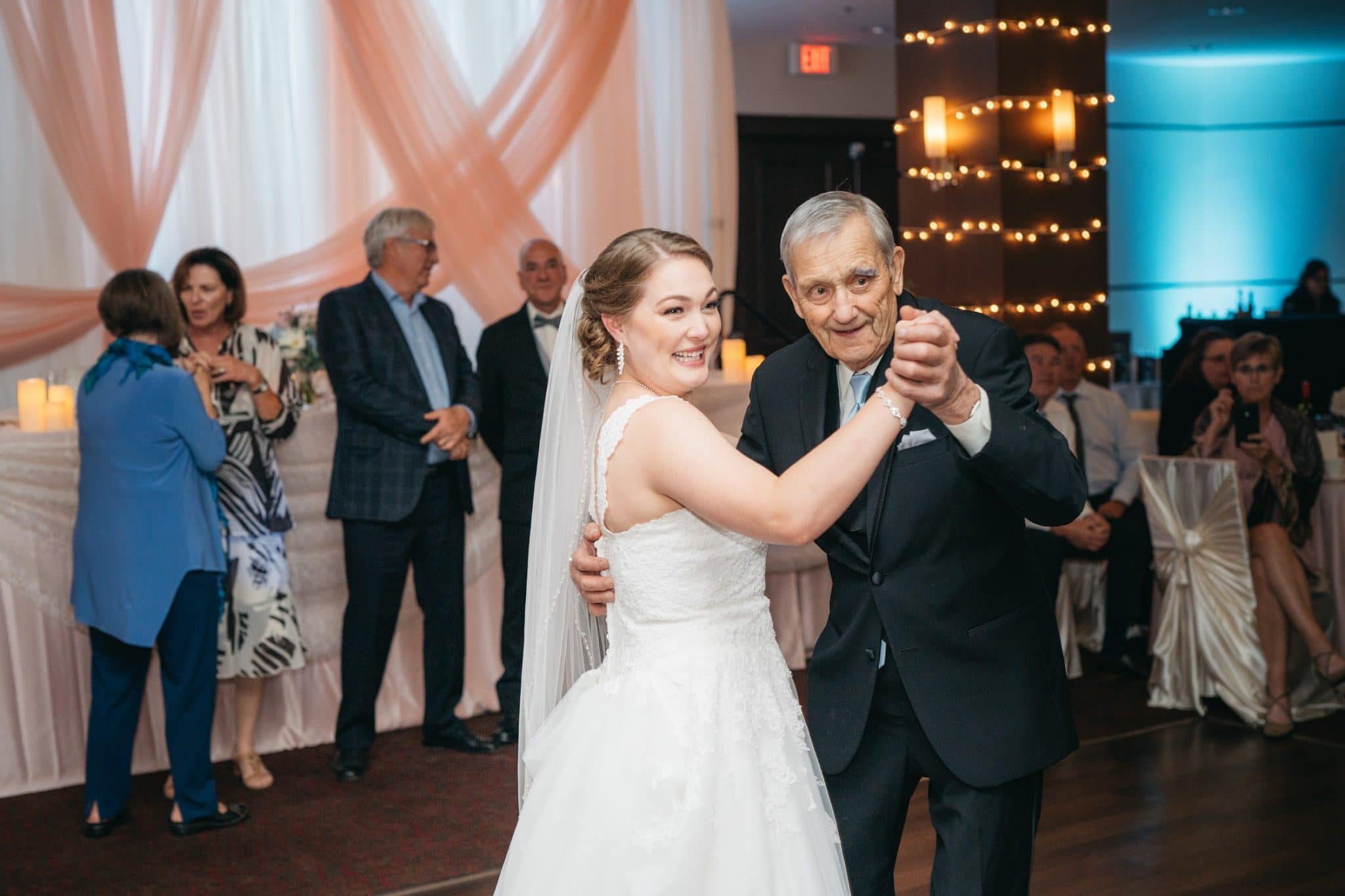 Ron Banek dancing with his granddaughter Holly at her wedding.

If you ask Ron Banek’s family about their patriarch, they will tell you that 92-year-old Banek is a survivor. Born in a small town in Ukraine, Banek was raised in Poland and Germany. He was placed in a Russian prison labour camp for three years at the age of 15, and then fled East Germany when he was 19 years old.

“That man has a will to survive like nobody I have ever met in my entire life,” Banek’s daughter, Christine Girardin shared.

His strength further illuminated in October 2020 when Banek found himself on the ground in his backyard, unable to get up. A long-time gardener, Banek was tending to his plants when he stepped onto an uneven surface and fell. His granddaughter Holly and her husband Randy rushed to his aid, bringing him inside the house and calling an ambulance. The paramedics rushed Banek to an urgent care facility where it was discovered that he had a fractured rib, two fractures in his pelvis, and a large hematoma which was bleeding in his abdomen. The doctors in Urgent Care recommended Banek be transferred to the trauma team at the Health Sciences Centre.

The doctors who spoke with Girardin were adamant about the transfer. “We were told that he was quite sick; he needed the transfer immediately or he would bleed out.”

“His garden is his life. He has a large vegetable garden, which he shares with the family. We used to put vegetables in the wheelbarrow and go up and down the street, offering them to the neighbours,”-Christine Girardin

After HSC’s trauma team was able to stabilize Banek, he was admitted to the stepdown unit. Due to COVID regulations in the hospital, Banek was unable to see his family for the first 48 hours.

“Leaving your 91-year-old father at the hospital, by himself, is already a struggle. So, I phoned probably once an hour,” says Girardin. “I felt like I was bothering the staff, but they never made me feel that way. They really understood that this was the only way for families to stay in touch.”

The impact of COVID was felt throughout Banek’s time at HSC, with his visit coinciding with the province’s second wave of the pandemic. Shortly after being admitted, Banek and his family were informed that his unit was being turned into a COVID patient unit, and that Banek would be moved to a different area of the hospital. The kindness of the nurses stood out to Girardin during this stressful time.

“Any question you had, any concern you had, they were well equipped with not only patient care, but visitor care,” says Girardin. “The staff knew I was the only one who could visit my Dad. They knew I was walking into a hospital after staying home for months and would be apprehensive. And I always felt extremely safe.” 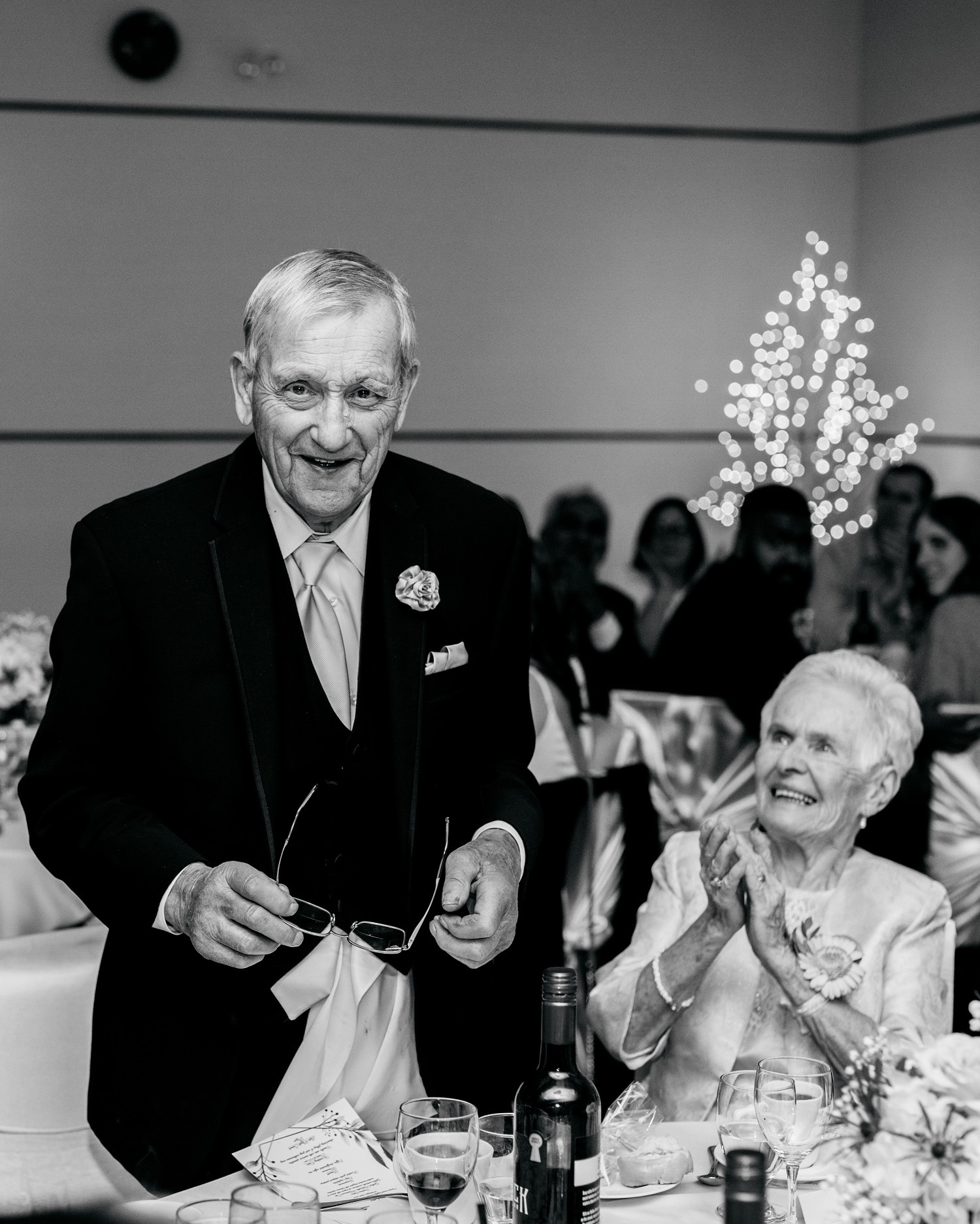 Ron Banek and his wife of 61 years, Pat Banek.

Banek spent 11 days at HSC before being admitted to a Geriatric Recovery Program at Victoria Hospital. While Banek is on the mend from this fall, it has been a tough year. His fractures have made him more dependent on walking assistance, he has had a stroke in his eye—costing him his straight-ahead vision, and most recently was diagnosed with a bleeding ulcer—but this is where Banek’s will to survive has once again stepped in.

Thankfully, Banek isn’t in the business of giving up. “I have a lot of life left to live and I’m not ready yet to give that up,” says Banek. 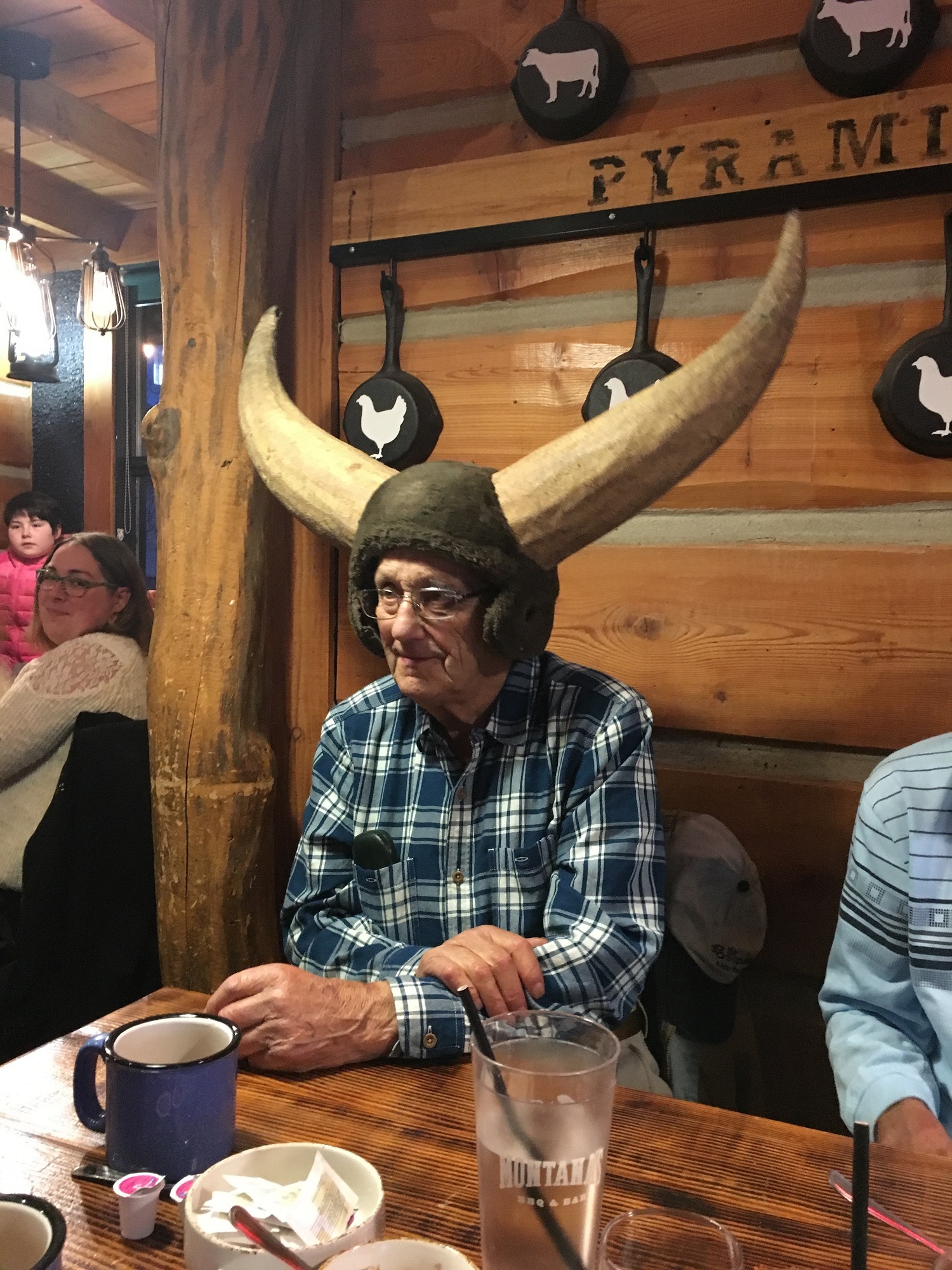 Ron Banek is known in his family for his great sense of humour and love of life. “Even after 55 years he still teaches me to love life and take what comes. I left the hospital everyday thinking I am blessed.” -Christine Girardin.

This difficult year may have slowed Banek down, but it hasn’t stopped him. With the help of his family, he was able to plant and tend to his garden this summer. He has spent time, both in person and over the phone and Zoom calls, with his three children, and seven grandchildren. He is looking forward to celebrating his grandson’s wedding next year and is also counting down to the birth of his first great-grandchild, who is due in early 2022.

Following their family’s experience, Girardin is adamant about the importance of support to the HSC Foundation. “By supporting the Foundation and hospital you are supporting what you might need in the future, unknown to yourself at the time. Any funding I have given in the past might have helped my Dad’s care in some way.”

As we reflect on National Grandparents’ Day, we invite you to make a gift to HSC Foundation. Your gift will help individuals like Ron Banek who still have so much life left to live. To donate, please click here or call 204-515-5612.

It is with great sadness that we note the passing of Ron Banek on December 11, 2021. We feel privileged to have met him, and our heartfelt condolences go out to Ron’s loved ones.