After nine months with a catheter, Marc Catellier is looking forward to spending Thanksgiving in comfort and with feelings of gratitude for the care he received at HSC Winnipeg.

Catellier’s story begins in January when his doctor prescribed a diuretic to treat his high blood pressure. A diuretic causes more frequent urination as the body rids itself of excess fluids. For Catellier, a retired heating and air conditioning specialist in Lorette, more frequent was too frequent.

His doctor added a new medication in an attempt to solve the problem, but, says Catellier, “that pill shut me right down.” 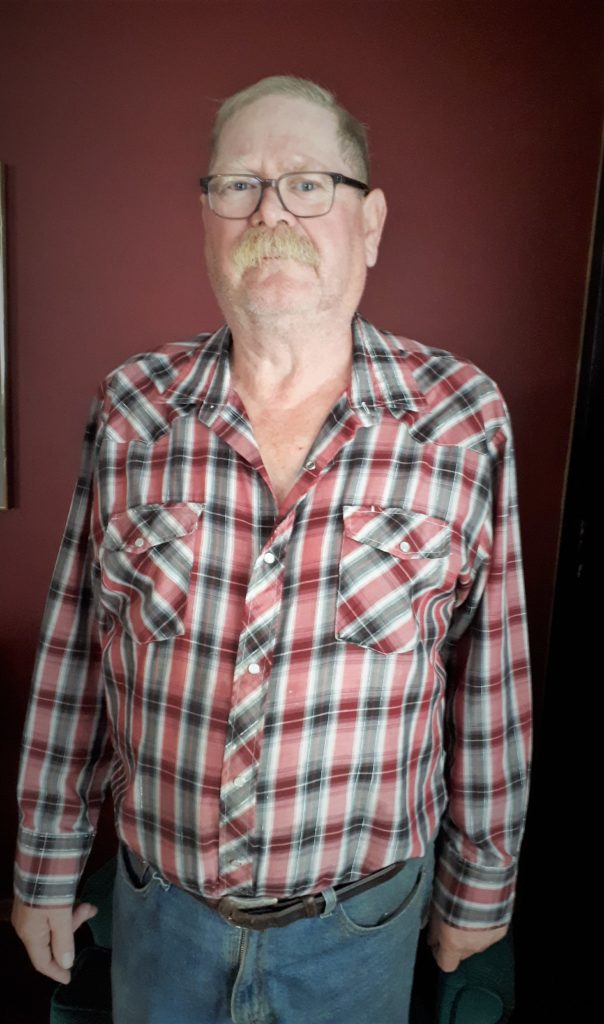 “The doctors and nurses and the staff were all really good to me. I’m grateful for all they did.”

Not able to pee at all, Catellier went to Ste-Anne Hospital where he spent four days and a catheter was inserted to drain his bladder. While the new medication didn’t cause his problem, it did allow doctors to discover the troubles with his bladder and prostate.

A referral was made to a first urologist at HSC and it took five months to get that appointment. That examination concluded that Catellier needed a consultation with another specialist to discuss getting a transurethral resection of the prostate (TURP), a procedure to remove a part of the prostate gland. That took another three months.

At his second appointment, it was confirmed that Catellier indeed needed the procedure. Add one more month of waiting for relief. The intention was to perform the TURP with a minimally invasive laser which would have simplified his recovery, but the equipment was out of commission on August 24 when the surgery was scheduled. And so, a conventional TURP was performed with a resectoscope. After one night in the hospital, he returned home to recover.

“The doctors and nurses and the staff were all really good to me,” says Catellier. “I’m grateful for all they did.”

Catellier continues to heal without a catheter, and his sleep is interrupted every three hours as opposed to every 15 minutes. He feels good, and had a good outcome thanks to the skill and devotion of his caregivers at HSC. But none of that changes the fact that he had to wait three-quarters of a year for relief—a life-altering period of discomfort when he couldn’t tend to his beloved horses and enjoy life to the fullest.

The new Manitoba Urologic Centre will shorten wait times for patients like Marc Catellier and for all patients who need care for kidney stones, bladder diseases, and other urologic conditions.

The HSC Foundation is leading an $8.2 million campaign to develop this state-of-the-art centre at HSC. The new space and enhanced equipment will allow for shorter wait times between appointments and procedures. With your support, we will go from months, to weeks, to days.

We’ve raised just over $5.2 million toward our $8.2 million goal. To those who have contributed so far, on this Thanksgiving weekend, we say thank you for your support.

Grandfather, Gardener, and Force to be Reckoned With

Call of the Wild