Back on Her Feet at HSC 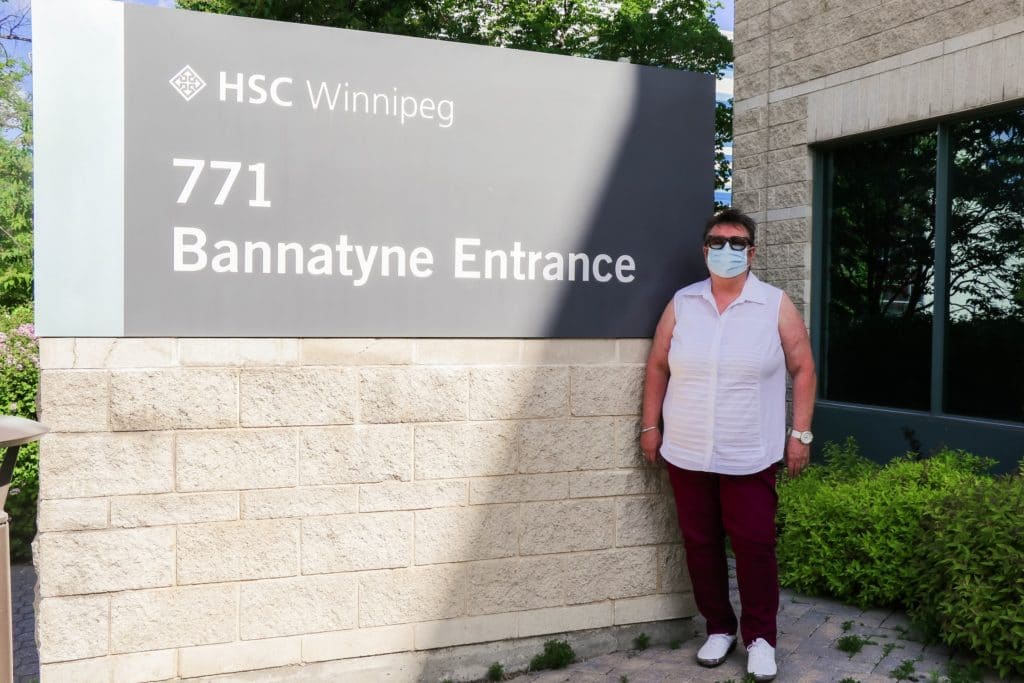 Lin Conover is back at work at HSC after a frightening bout with COVID-19. Her recovery was supported at home through the donorfunded Virtual COVID-19 Outpatient Program (VCOP).

On March 15, 2021, Lin Conover walked into HSC Winnipeg and headed for her desk in the PsycHealth Centre for the first time in almost four months.

It was a big day for Conover, a social worker with the Co-occurring Disorders Outreach program. For her previous two visits to HSC, both in January, she arrived on a stretcher.

Her journey was a stressful one that was made easier by HSC’s Virtual COVID-19 Outpatient Program (VCOP). In fact, if it weren’t for VCOP, her outcome could have been much, much worse.

Conover and her partner Roanna did their best to be COVID-careful. They were conscious about limiting their exposure to others. Even when either of them went grocery shopping, they made a point of being in and out of the store in under 15 minutes. Still, they both caught the coronavirus, probably while at a medical appointment together in late December.

“Shortly after the appointment, Roanna developed a dry cough and tested positive for COVID,” says Conover. “A couple of days later, I had a really bad headache and what felt like a chest cold. Turns out, I was positive, too.”

And so the COVID couple was confined to their North Point Douglas home while neighbours and Roanna’s daughter brought groceries and walked the dog. While the support was gratifying, the virus was terrifying.

“One night, I found Roanna in the bathroom, unconscious and with purple lips. I called an ambulance. Her blood pressure was 61 over 30,” says Conover.

Roanna recovered, but then a week later, the tables were turned and it was Conover in the back of an ambulance on her way to HSC with a temperature of 40 degrees.

“The staff at HSC were wonderful, but I remember lying there praying that I wouldn’t take a turn any worse than I already was,” she says.

They ran multiple tests and asked Conover for permission to intubate her if her situation became more dire. She consented, but intubation was never required as her condition turned for the better, albeit slowly.

“I got oxygen and medication. My breathing started to improve, but I was weak and had no appetite,” says Conover.

Because she was making some progress, though, her caregivers felt she could go home with VCOP after about a week in hospital. The program allows people to recover from COVID-19 at home, supported through regular interaction with health care providers, and tools for monitoring their own condition. By mid-June, 248 patients had used the program, replacing over 1,500 days that would have been spent in hospital.

Dollars raised from the COVID-19 Crisis Response Fund were used to send patients home with thermometers, oximeters to measure oxygen saturation and heart rate, and tablets (if required) to communicate with nurses and doctors.

She was able to monitor herself while she navigated her two-storey home with an oxygen tank and started to perform household chores again.

Toward the middle of January, after being back at home for 10 days, Conover started feeling ill again and her fever spiked. At first, she suspected a urinary tract infection. Soon after, though, through an online VCOP appointment, her doctor could see she needed to come back to HSC for further investigation. The ambulance brought her to HSC’s Emergency Department where she learned she had developed a pulmonary embolism (a type of blockage in a lung artery). She was treated successfully, and just in time. 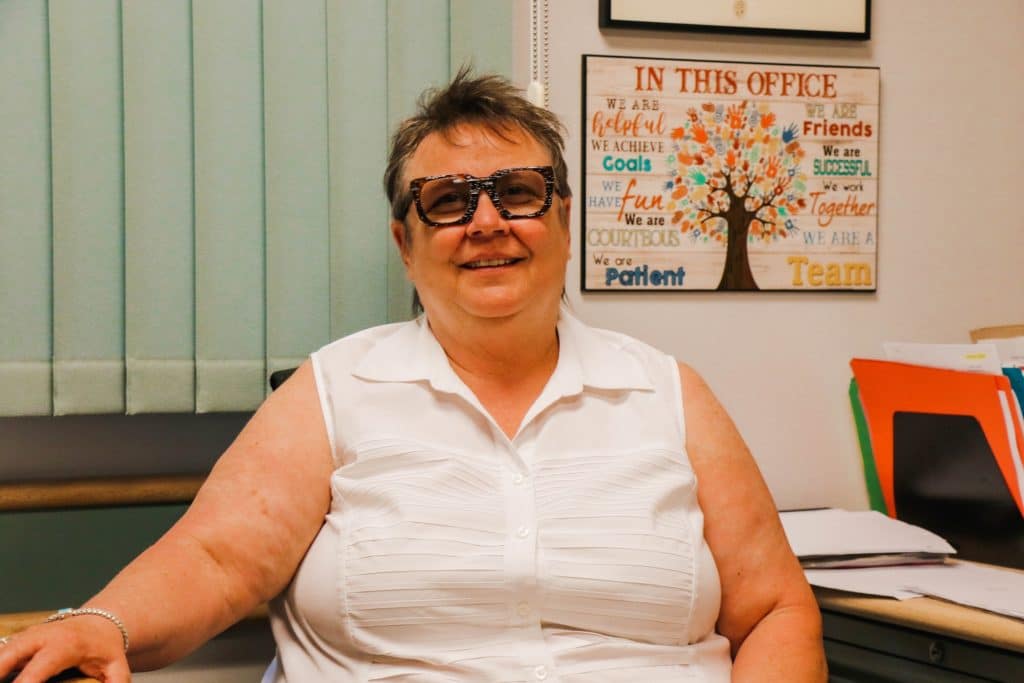 Lin Conover on getting COVID right after her partner did: “A couple of days later, I had a really bad headache and what felt like a chest cold. Turns out, I was positive, too.”

“If it had not been for the VCOP people really paying attention to me and monitoring my condition, this could have been a very different story,” she says.

While Conover is now back at work and free of COVID, she still feels some of the after-effects of the virus. Some would call her a “long-hauler”, someone for whom symptoms persist over time. As an expression of gratitude for VCOP, she has volunteered to be part of a research study in which her symptoms will be monitored for the long-term using the VCOP equipment. She is also expressing her gratitude to HSC and her community by becoming a donor to the HSC Foundation.

“The care was wonderful at HSC,” says Conover. “Everybody around me, those nurses, those cleaners, the random acts of kindness when I was so sick… I will never forget that.”

“Lin’s story speaks to the immense value of VCOP,” says Dr. Shawn Young, Site Medical Lead at HSC. “Because of Foundation donors, many patients have been able to recover at home and lighten the patient load in the hospital at a very stressful time for the health care system. Virtual care is becoming a very important part of the patient experience in Manitoba and around the world, and it will be with us long after the pandemic ends. We’re learning a great deal about best practice through COVID-19, and donors have made it possible.”