Salisbury House Chair serves local charities a side of philanthropy 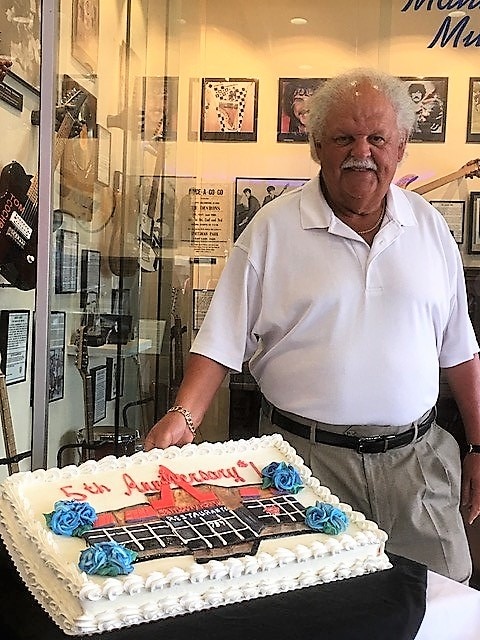 Whoever coined the phrase “bit off more than he could chew” never met Earl Barish, Chair of Salisbury House.

Ontario-born, Manitoba-raised Barish discovered his entrepreneurial spirit at the age of 14 by pedalling the infamous Dickie Dee Ice Cream vending bicycles. Shortly after Barish started selling ice cream, his parents purchased the company, which only had eight bikes at the time. When his family sold the company over 30 years later, the Winnipeg staple had grown to 1,500 bikes across Canada under Barish’s and his family’s leadership.

Barish’s career continued down the path of sweet treats as he sold the popular Pop Rocks candy world-wide, and his entrepreneurial spirit led him to establish the Winnipeg Cyclone professional basketball team.

Although Barish assumed the position of Salisbury House Chair in May of 2019, he has a storied history under the “little red roof”. He spent five years as a silent investor before becoming President and CEO in 2006. After over a decade in this role, Barish sold the company to enjoy retirement. Considering Barish’s appetite for work, it isn’t surprising to learn that Barish came out of retirement to buy back some ownership in Salisbury House in 2019.

Working in the restaurant industry during the COVID-19 pandemic hasn’t been a cakewalk; however, Barish is eager to have a positive impact through Salisbury House’s Pay it Forward initiative.

Until October 3, $7 from every $25 Salisbury House gift card will benefit the customer’s choice of either the HSC Foundation, CancerCare Manitoba Foundation, the Children’s Hospital Foundation of Manitoba, St. Boniface Hospital Foundation, or the DASCH Foundation (Direct Action in Support of Community Homes). Further, $3 from every item purchased from Salisbury House’s Pay It Forward menu will ALSO support the customer’s non-profit of choice. The promotion began in August and has been received with enthusiasm.

1. Health Sciences Centre Foundation: What inspired you to launch Pay it Forward with Salisbury House?

Earl Barish: This initiative reflects a lifelong philosophy I share with my wife, Cheryl. We love Winnipeg and feel for the stress that the pandemic has caused our city and those who live here. Throughout the pandemic, specific messages around supporting local, buying local, supporting frontline workers, and re-energizing the economy were all circulating. I wanted to find the common thread and build upon it.

I do most of my thinking floating in the deep end of my pool. It was there that I thought to myself that there must be a way for businesses to be involved with philanthropy in a partnership that would be beneficial for both parties. I came up with the concept of Pay it Forward, then spent time talking to various local charities, as well as the Salisbury House Board, senior executives, etc., in order for the idea to come to fruition.

2. HSCF: How did you decide upon the organizations that will benefit from this initiative?

EB: Both Cheryl and I have relied on the services of HSC, CancerCare, and St. Boniface as Cheryl was diagnosed with cancer over eight years ago and on Valentine’s Day 2018, I had open heart surgery. In one way or another, Winnipeggers will have their own experience with these health care facilities.

3. HSCF: How did you choose the menu items for Pay it Forward’s special menu, and what is your favourite item on that menu?

EB: I wanted to pick food from categories that are slightly different than what we typically offer—such as fish tacos and chicken and waffles—while still offering some best-selling items, like the all-beef “Winni” hot dog. With Pay it Forward, we were expecting a new group of people who may not have eaten at Salisbury House before, and we wanted to give them a variety of choices. Like all our prior menu items, everything is made fresh, in-house, by us!

From the Pay it Forward menu, my two favourites are the new strawberry vanilla balsamic chicken salad with fresh strawberries and four ounces of grilled chicken breast—it’s a lighter, livelier taste—and, of course, the Big Earl platter!

4. Why would you encourage others to support this initiative?

EB: Pay it Forward is truly a win/win/win situation. By purchasing a gift card, you are supporting a local charity, supporting your local Salisbury House, and treating yourself—or someone else if you pass the gift card on. This initiative is a great, accessible way to pay it forward in your community.

The other day, a customer came in to purchase over 100 gift cards to provide to her fellow residents in the facility where she lives—this was just one of the heartwarming experiences I have witnessed since the initiative launched in August.

You can’t leave Salisbury house without having a ____!

EB: Grand Gourmet Nip! We were in a burger competition with 59 other restaurants, and this Nip came out in the top five. It’s been on the menu for around five years and it’s the most popular Nip, aside from the Cheese Nip.

Although my loved ones are tired of me saying it, I always say: “You can get a burger anywhere, but you can only get a Nip at Salisbury House!”

Gift cards in support of the HSC Foundation are available at participating Salisbury House restaurants.

Simply designate us as your charity of choice upon ordering!

Thank you, Earl Barish, and your team at Salisbury House, for choosing HSC Foundation as one of the beneficiaries of Pay it Forward!