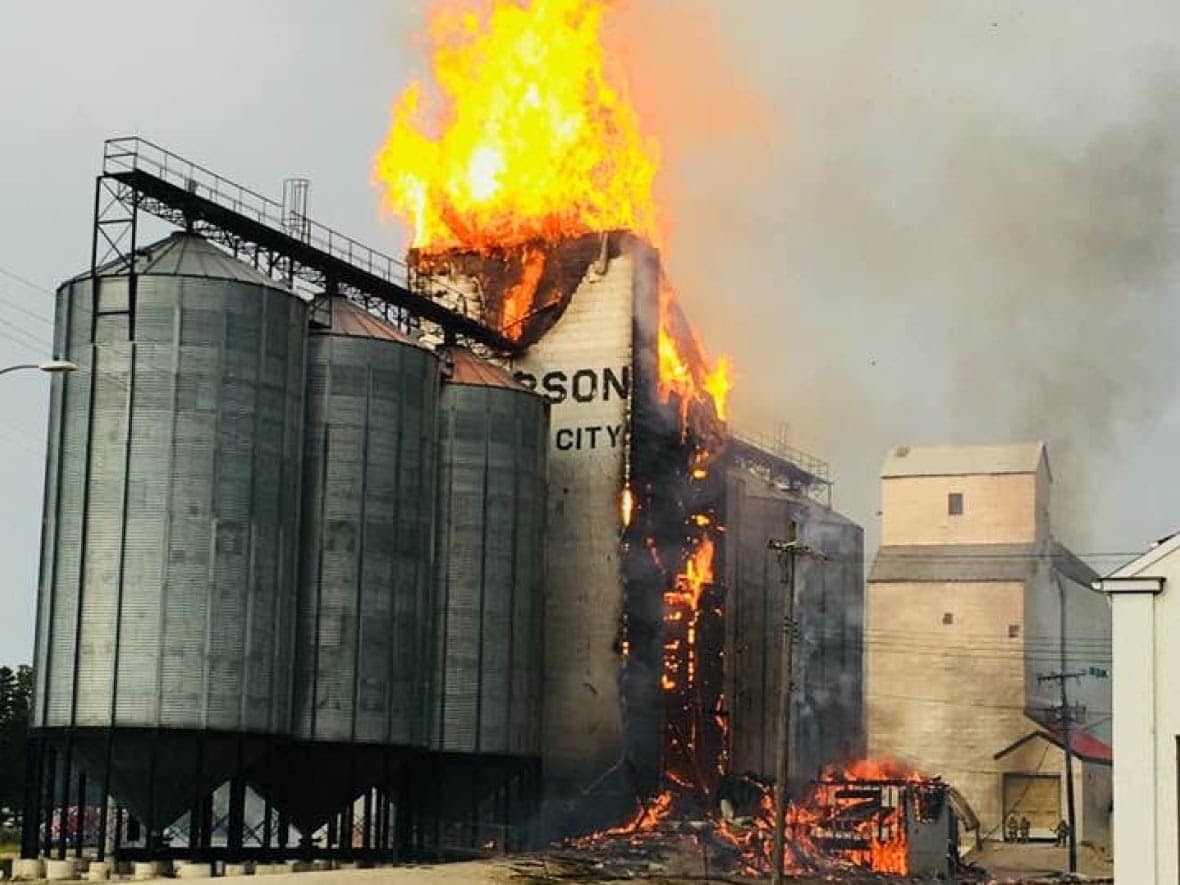 The grain elevator that Brodie escaped from in Crystal City, Manitoba

Within seconds, Brodie Richardson was running for his life.

A situation that many only experience in nightmares became a reality for Richardson, a 31-year-old farmer, husband, and father who was caught in a flaming grain elevator. The decades-old building, which towers over the small farming village of Crystal City, Manitoba, ignited on August 20, 2018, due to a flash explosion while Richardson was tending to his daily duties.

“I was just like, ‘I need to get out of here as fast as I can,’ and just ran for it. My shirt was on fire and I ripped it off as I was exiting the elevator,” says Richardson. 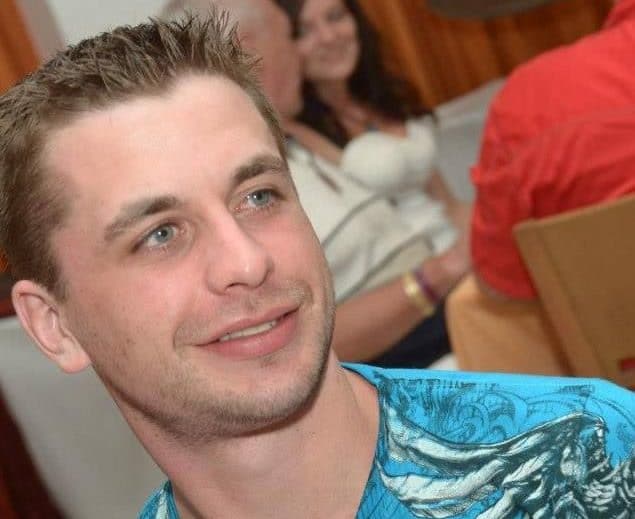 “I didn’t think I needed medical attention at first. I was just focused on moving my truck away from the fire. When I parked, all of a sudden, I was in crazy pain,” he says.

Despite Richardson’s quick response, he suffered first- and second-degree burns on his upper body, right down to his waist.

Upon arriving at the town’s hospital, it was determined that Richardson had burned over 30 per cent of his skin. Almost immediately, Richardson was airlifted to Health Sciences Centre Winnipeg where he stayed for 18 days.

The road to recovery was painful, but the nurses, doctors, and support staff at HSC worked tirelessly to help Richardson. “They were very good with changing my dressings and making sure I was as comfortable as possible. [The] changing of dressings isn’t pleasant, but it had to be done and they did the best job they could,” says Richardson. 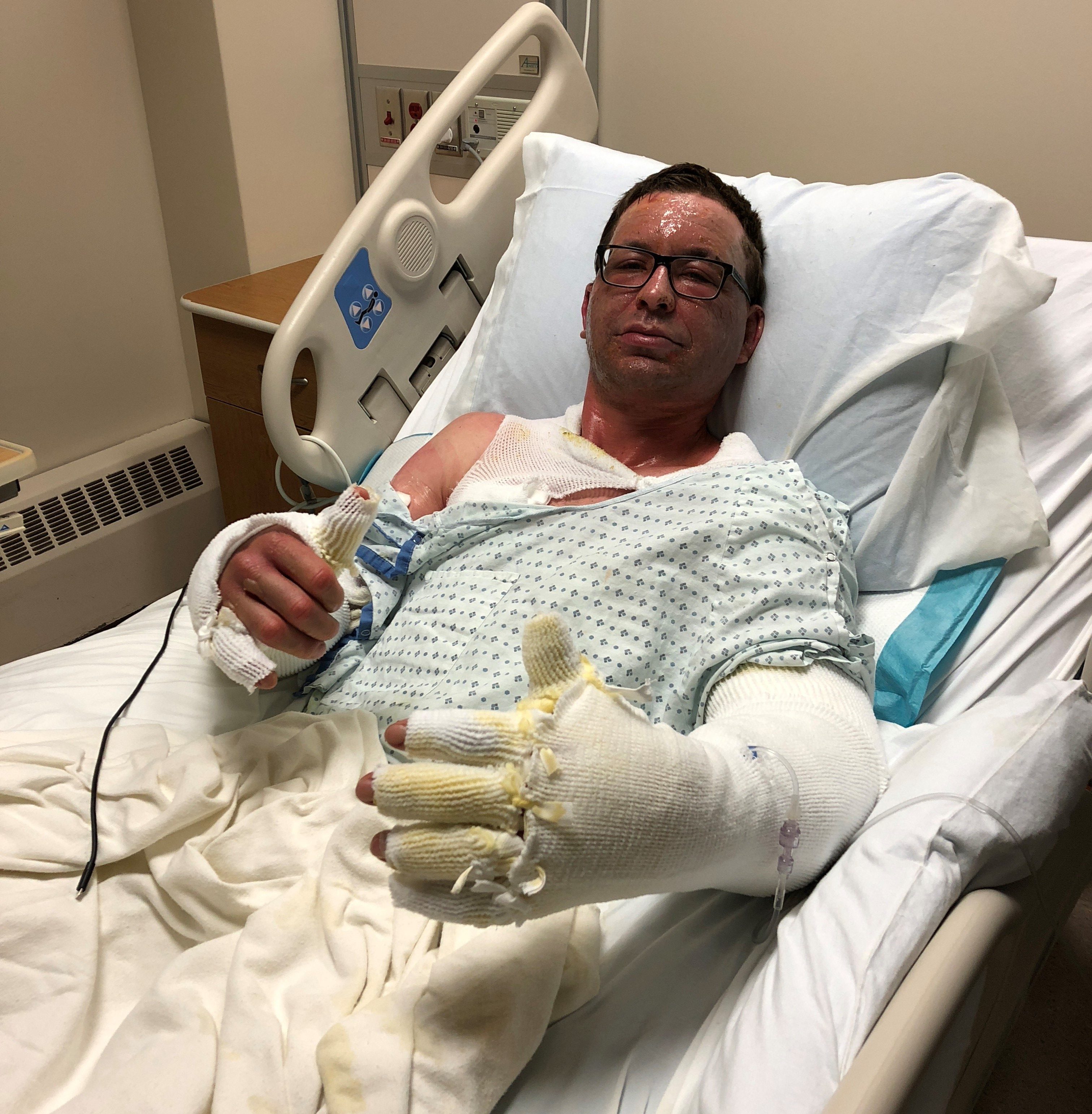 Brodie recovering at HSC. “They did the best job they could.”

Richardson met multiple times with Dr. Sarvesh Logsetty, who explained how to care for his wounds and made sure Richardson didn’t get an infection. “Everyone followed Dr. Logsetty’s lead and did an amazing job,” Richardson recalls.

“I’m just lucky I was given quick care and that nothing was too severe,” says Richardson. “HSC did an awesome job all around.” 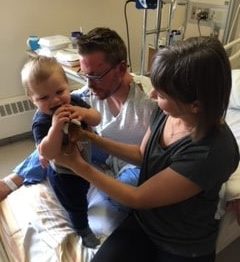 Brodie’s family visits him while he recovers at HSC

Please donate to the HSC Foundation to help ensure the most innovative health care exists for future generations. Click here to make your gift today.