Back on the Saddle 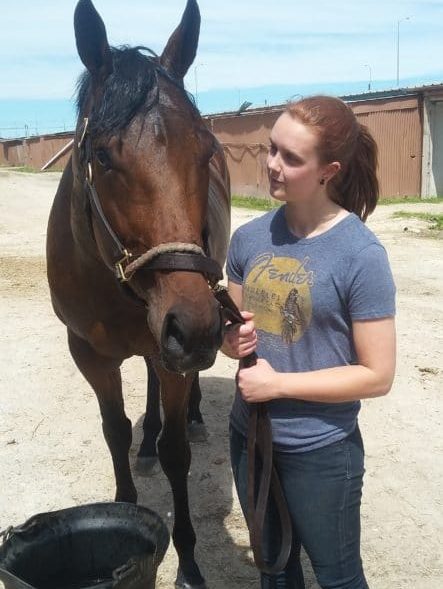 The last memory Rebecca Fentum-Jones has before being placed in a helicopter bound for the Health Sciences Centre ER is suiting up for a horseback ride—an activity she’s no stranger to.

A horse-trainer and riding-teacher at Misty River Ranch, Fentum-Jones was a confident rider who never had a riding incident prior to that day on June 17, 2018.

Fentum-Jones was riding a rescue horse from Hooves ‘N Hounds Boarding and Rescue, where she volunteered, on the trails between St-Pierre-Jolys and St. Adolphe when the frightened animal bucked. Fentum-Jones was sent flying, smashing her head on the asphalt and rendering her unconscious.

Fortunately, Fentum-Jones was riding with the owner of the boarding and rescue facility, a nurse by trade, who knew how severe her fall was. Fentum-Jones’ co-worker acted quickly to get Fentum-Jones airlifted to the HSC.

Fentum-Jones was immediately put under the care of Dr. Joseph Silvaggio. She suffered a major brain injury from the impact, resulting in significant swelling and bleeding.

Dr. Silvaggio worked quickly and decided to remove parts of her skull on each side to release pressure from swelling. She was put on special medications to keep her unconscious so her brain could start to heal. Dr. Silvaggio told Fentum-Jones’ family and partner that she would be unconscious for a few days, maybe even a week. He also told them that, because of the complexity of her injuries, there was no way of knowing what the effects would be on her brain.

His team had multiple conversations with Fentum-Jones’ family to try and prepare them for the worst. When a week went by and Fentum-Jones had still not woken up, her family started to panic. It would be another week until she finally opened her eyes. 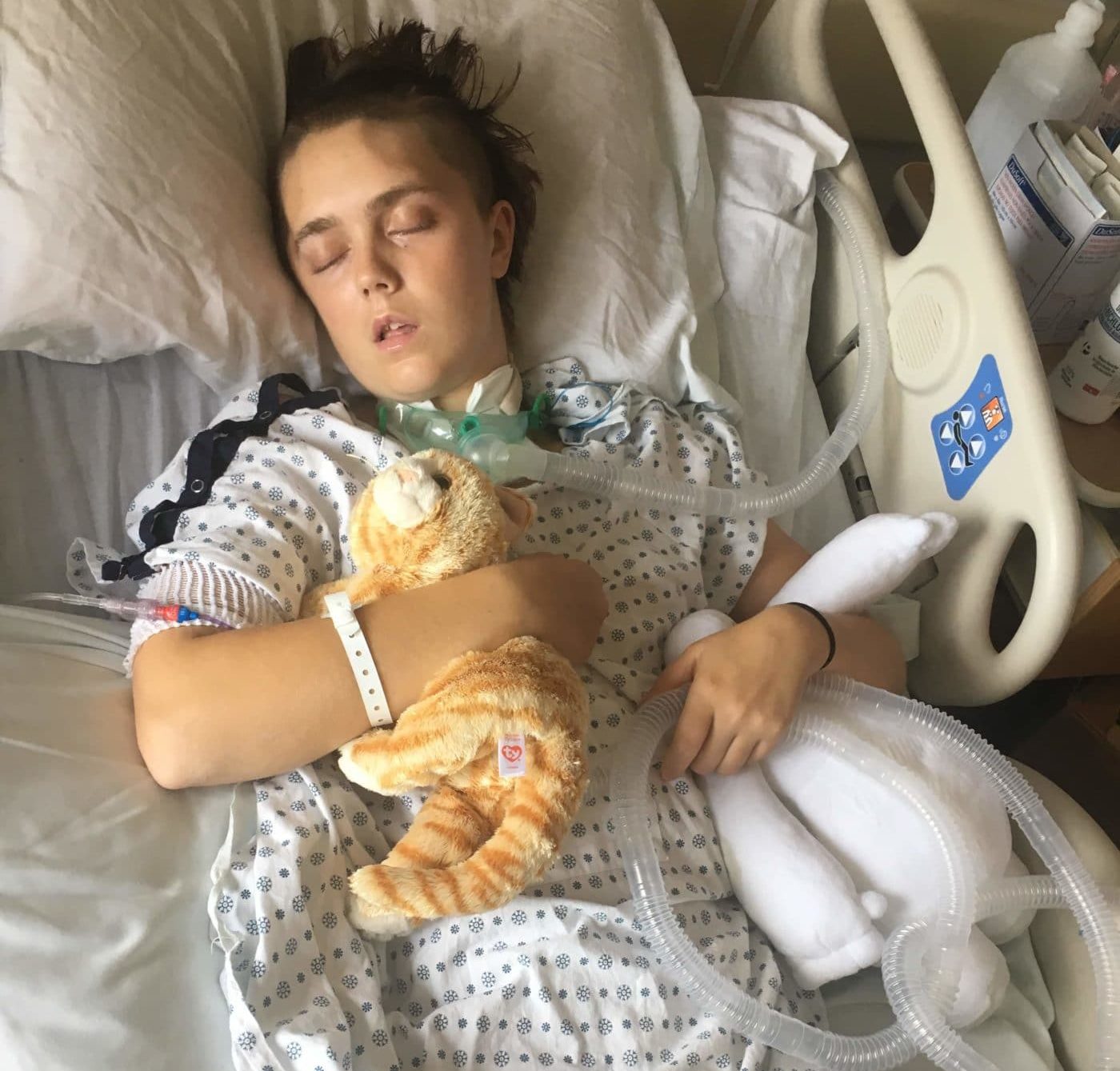 During Fentum-Jones’ unconsciousness, her family was warned that even if she did wake up, she might be in a vegetated state, lose the ability to walk, or have severe brain damage.

“My family must have been thinking ‘oh no, she’s gone,’” Fentum-Jones says. “It’s hard to think about what they went through.”

Once awake, Fentum-Jones was weak and didn’t remember her family or partner. Her eyesight was poor, and she was extremely tired all the time. “Dr. Silvaggio said my mental state was close to that of a young child,” she says.

Miraculously, Fentum-Jones made a full recovery, both mentally and physically.

“After a few days, all of my memory came back right up until I fell off the horse,” she says. “But for a while, I still had to walk holding rails and people’s hands.”

When Fentum-Jones was finally released from HSC, she hadn’t had the pieces of her skull reinstalled yet. Because of this, she was required to wear a helmet throughout the day, unless she was sitting or sleeping.

A few more months of regaining her vision, balance, and going to speech therapy was in order before Fentum-Jones could have her second surgery where the removed pieces of her skull were secured back in place with pieces of titanium. 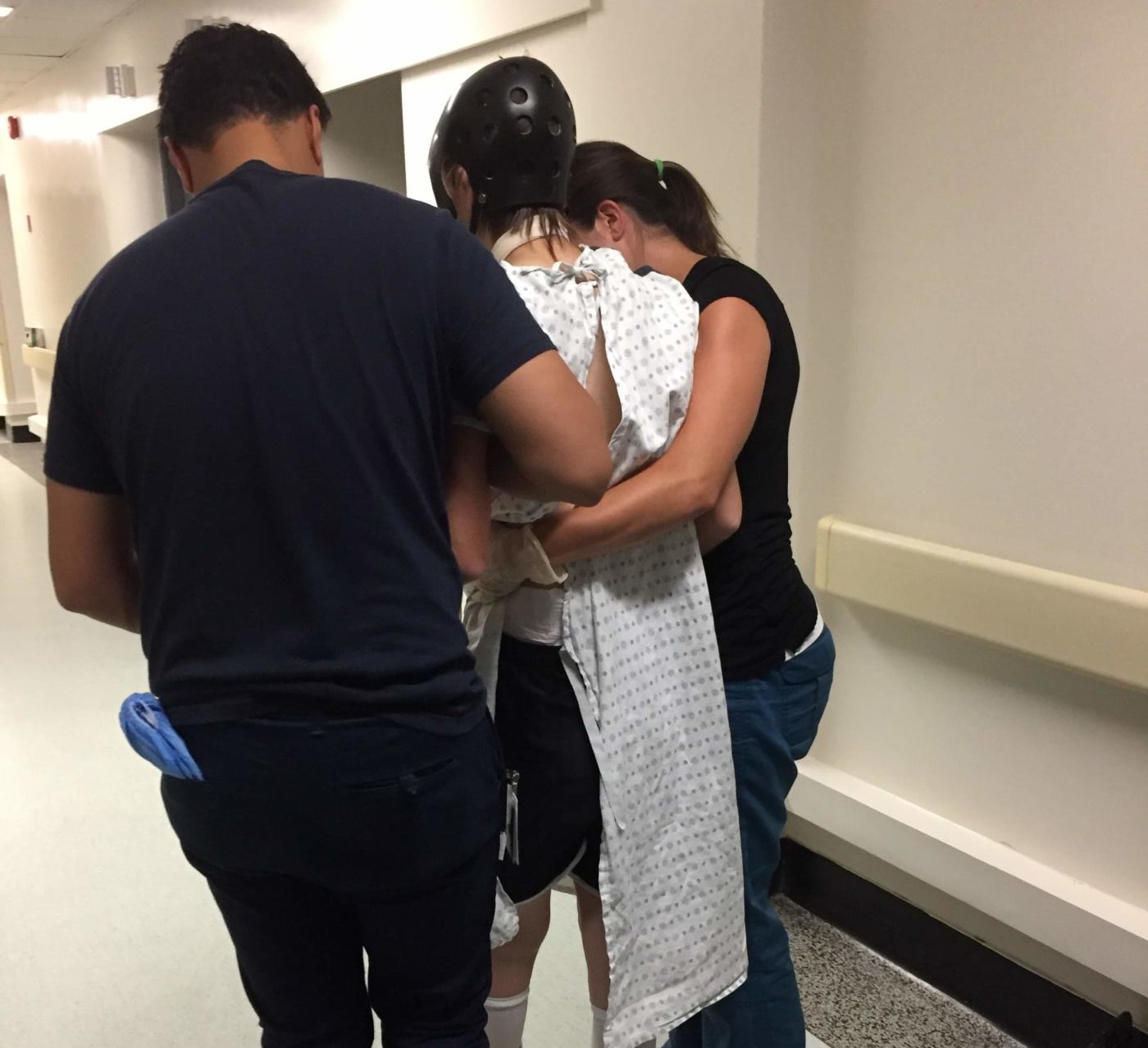 Rebecca Fentum-Jones learning to walk again after her accident.

Fentum-Jones is happy to report that she has been able to return to working full-time, driving, and even horse-back riding.

“HSC helped me through it, they were amazing to my family… they went above and beyond to ensure that my family was kept in the loop,” Fentum-Jones says. 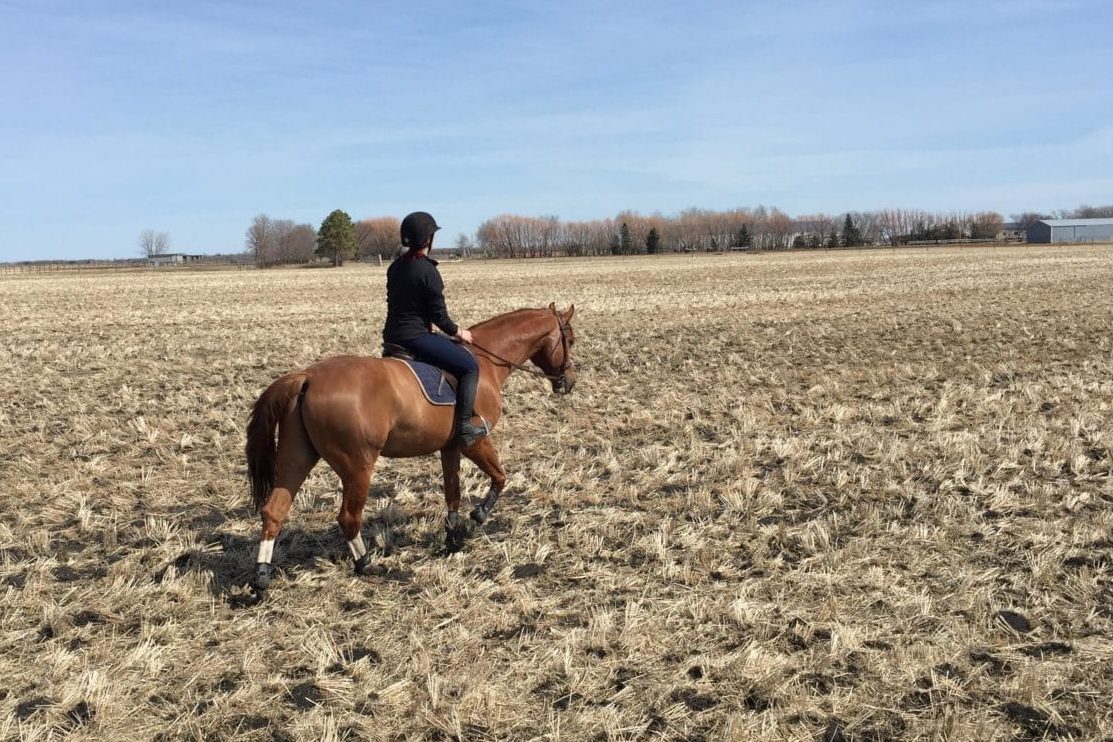 “It’s hard to think about what [my family] went through,” says Rebecca Fentum-Jones as she reflects on her horse-riding accident. Since then, Rebecca is happy to say she has gotten back on the horse.

Rebecca shared her story last year during the 2019 Hope to Life Radiothon. Tune in this year, and hear other incredible stories just like Rebecca’s. You can donate to our Radiothon by visiting hopetolife.ca.