Under the I… for Impact

Give back. Have fun. For the members of the Kinsmen Club of Winnipeg, that’s more than a slogan. It’s a recipe for living a good life.

Deeply committed to community well-being, the Kinsmen Club of Winnipeg has donated millions of dollars to important community initiatives throughout Manitoba since the Club was formed in 1924.

In December 2020, the club made a quarter-million dollar donation to the HSC Foundation’s COVID-19 Crisis Response Fund, one of the largest gifts the fund has received to date.

“We felt like we needed to make a major gift to support the community’s fight against COVID and we wanted to make sure we were going to have a significant impact,” says Tim McKay, the Club’s Vice-President of Service. “One of our members saw the HSC Foundation’s ad in the Free Press describing what the COVID fund was being used for, and we wanted to make a difference.”

Through a series of meetings with the Foundation, McKay and his fellow Kinsmen learned about the equipment their gift would be used to purchase, and learned about the lasting legacy the COVID-19 fund would have when the pandemic ultimately ends. 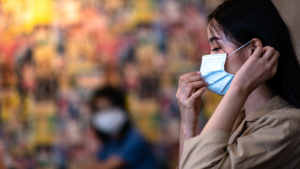 “For us, it’s about establishing need and understanding impact,” says McKay. “After doing our homework we were happy to be able to support the HSC Foundation. And by no means do I think this is a one-off. I’m hopeful that we will work together again.”

The Club raises most of its funds through Kinsmen Jackpot Bingo, a staple of Winnipeg television for the past 51 years. Their revenues have increased during COVID-19 as people have been staying home and looking for new activities to pass the time. The new players and the new revenues have allowed the Club to increase its support for food banks, community centres, homeless shelters, and other vital organizations in the community.

McKay was originally attracted to the Kinsmen when he learned that the national parent organization, Kin Canada, had adopted cystic fibrosis (CF) as its national cause. McKay at the time had two cousins living with CF, including one who moved from Alberta to Winnipeg to undergo a double lung transplant at HSC in 1997.

Not only do McKay and his fellow Kinsmen raise money for charities, they have been active volunteers in the community. They often tie their volunteer activities to social events, says McKay, citing a pre-COVID afternoon of volunteering at a food bank followed by some axe throwing.

While they look forward to gathering again in person, the members of the Kinsmen Club of Winnipeg have found great comfort in making a tremendous difference in the community through these trying times.

“Helping out is one of the things that has gotten me through this year and I think it’s the same for a lot of the guys in the Club,” says McKay. “The fact that I know that I’m doing something that’s helping has been one of those things that I can kind of lean on. We’re trying to make the world a better place and it’s helping me see the light at the end of the tunnel.”

“We are very grateful for the generosity of the Kinsmen Club of Winnipeg,” says Jonathon Lyon, President & CEO of the Health Sciences Centre Foundation. “Kinsmen in Winnipeg and across Canada play a vital role in community life. The fact they have contributed to our Foundation in such a significant way is a great honour. We are proud to use their gift to help HSC and its front-line workers through their heroic COVID response.”