A Pioneer in His Field and a Champion for the Future 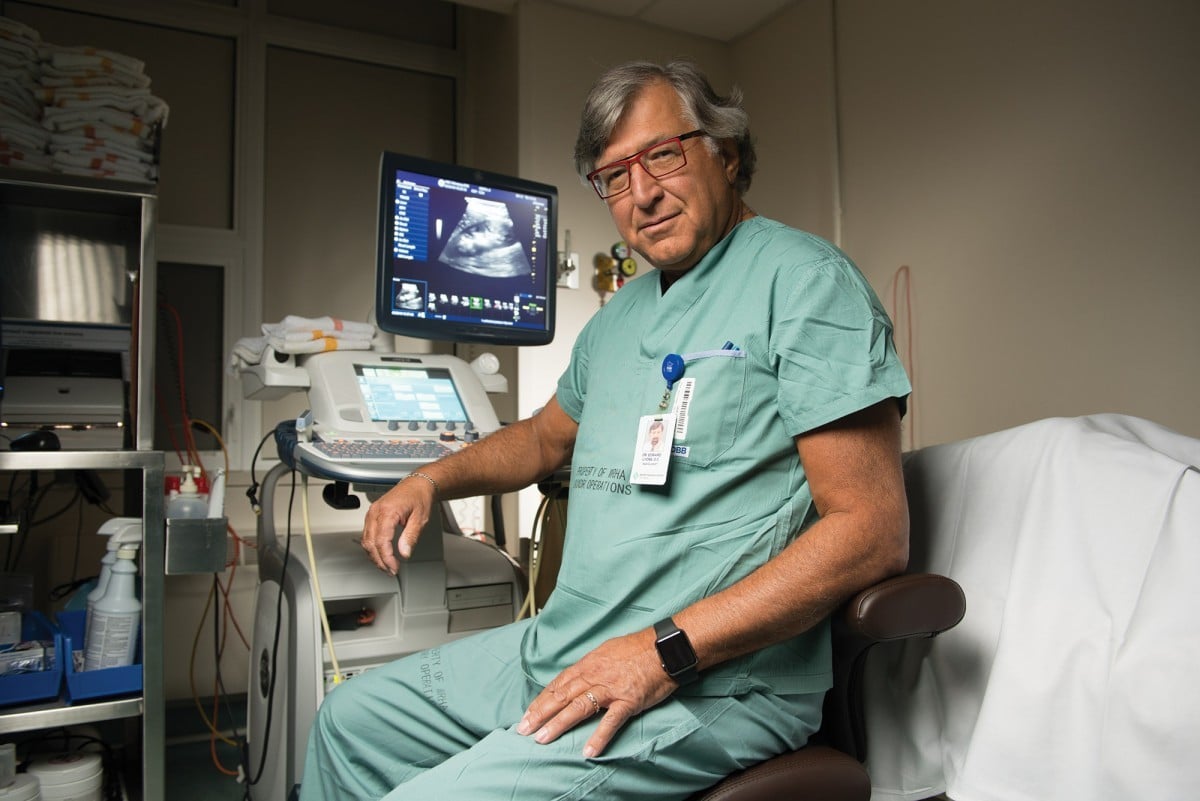 If you have had an ultrasound in Manitoba, your experience is largely thanks to Dr. Edward (Ted) Lyons, O.C. Officer of the Order of Canada and recipient of the Queen Elizabeth II Diamond Jubilee Medal, Dr. Lyons entered radiology in 1969 as a first year resident and Section Head of Diagnostic Ultrasound—a position he held for over 25 years.

An author and sought-after lecturer who has been invited to present around the globe, Dr. Lyons began the province’s ultrasound education program (1973), introduced ultrasound in Manitoba’s hospitals (1974), and started a training program for ultrasound service technicians (1975).

When Dr. Lyons began working in his field, ultrasounds were being printed on Polaroid film and stored in drawers labelled with patient information. The changes that he has championed and witnessed since he began his career over 52 years ago are plentiful. Throughout his career, Dr. Lyons has experienced first-hand the difference that donations can make to a department. “Getting new equipment is diffcult, but also necessary to further health care. Donations make a big difference,” says Dr. Lyons.

Dr. Lyons’ relationship with the HSC Foundation began in the early 1970s when he was awarded a $10,000 Scientific Education Research Fellowship (SERF) by the Foundation, allowing him to spend his third year of residency in Scotland with ultrasound pioneer, Dr. Ian Donald. In 2016, that relationship came full circle when Dr. Lyons contributed $10,000 back to the  Foundationat an HSC Foundation event for passes to the Philadelphia Dog Show donated by Seinfeld actor, John O’Hurley.

“My father, Dr. Ruvin Lyons, an obstetrician who retired at 82 years of age, was a strong supporter of charitable causes during his life; he led by example,” says Dr. Lyons. “By supporting the HSC Foundation, hopefully I can encourage others to follow suit.”

“The Code Blue was me”

You Made it Possible this Giving Tuesday