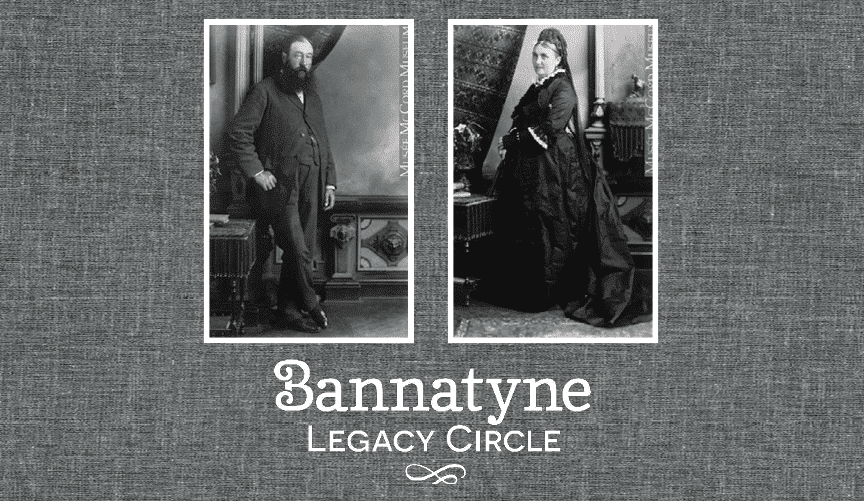 If it were not for the community spirit of Annie and Andrew Bannatyne and their acts of generosity over a century ago, there would be no Health Sciences Centre today. They were leaders, influencers, visionaries, and champions.

Annie, who was Red River Métis, was the daughter of Andrew McDermot and Sarah McNab. She was renowned for her hospitality, energy, and ability to bring people together in common cause. Through the Ladies of the Province—an association that later became the White Cross Guild—Annie and her colleagues raised funds for the poor and for health care.

It’s been said that it was Annie’s persistence and passion that persuaded her father and her husband to donate a parcel of land that ultimately became the site of the Winnipeg General Hospital, known today as the Health Sciences Centre. The first building was completed in 1875 at a cost of $1,818. Annie and the Ladies of the Province raised $1,345.80 of the total.

Andrew, for his part, was a remarkable fur trader, politician, and community leader. Aside from helping to organize the Winnipeg General Hospital, he was the first President of the Winnipeg Board of Trade as well as the Manitoba Club. As Postmaster in Louis Riel’s Provisional Government, Andrew Bannatyne sought conciliation between Riel and the Government of Canada. He was deeply devoted to public service.

Together, Annie and Andrew Bannatyne left their mark on Manitoba. They inspired and enabled the development of the Health Sciences Centre. Their gifts will have an impact for all time.

And that’s why we named the Bannatyne Legacy Circle in their honour.

Each year, the HSC Foundation holds an event recognizing the incredible people who leave a legacy gift with us, called the Bannatyne Legacy Circle Celebration.