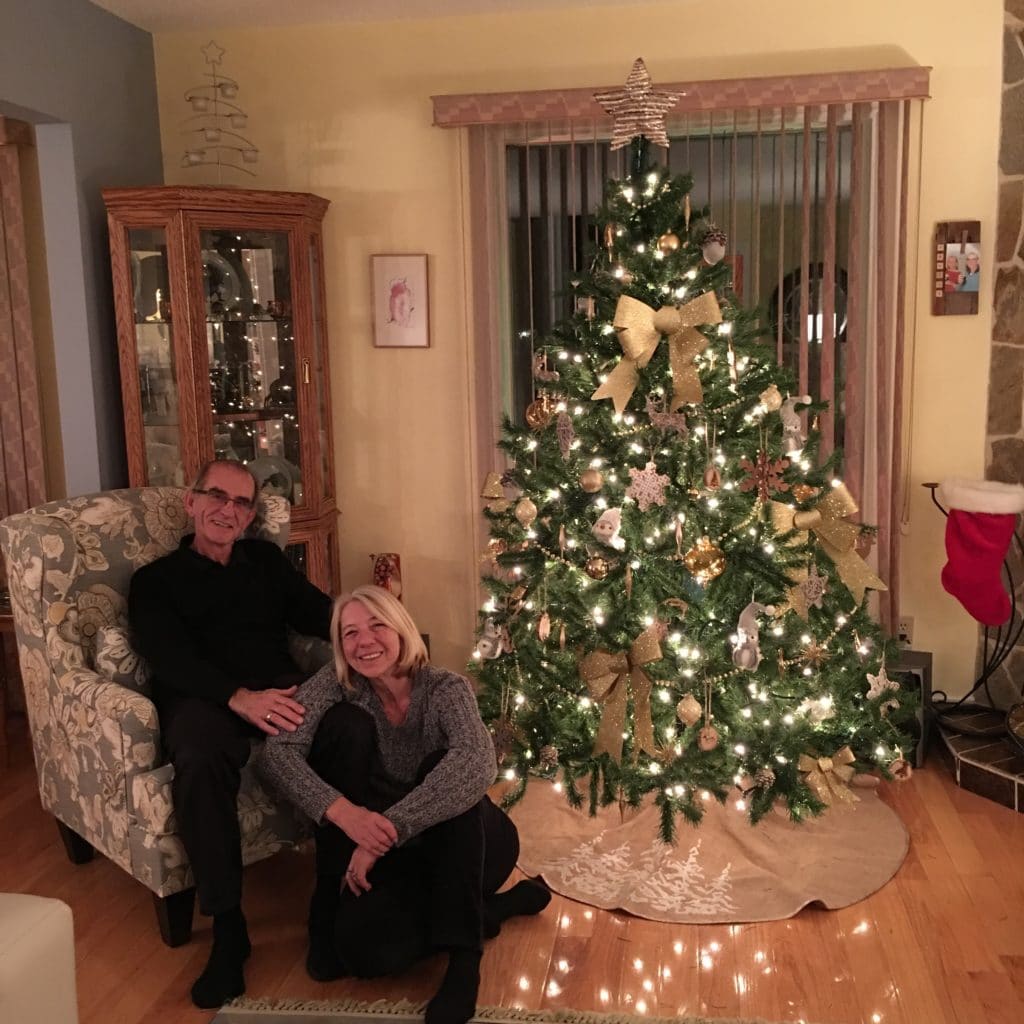 Arnie and Pat Milne in 2016, three years before Arnie passed. “Not every story ends the way we want it to, but we can find moments of beauty and grace along the way.” – Pat Milne

“I think if I met Arnie before this week, we would have become really good friends.”

That’s what Kevin, the spiritual care worker at HSC, said to me in my husband’s final hours on this earth. It was an encounter that spoke volumes to me about HSC, and about Arnie, my partner in life for 42 years.

Kevin’s comment reminded me that HSC is not only a place of medical excellence. It is also a place of compassion and connection—a place that treats the whole person while providing comfort to the family. The comment also reminded me that Arnie loved to connect with people, always showing respect. As the old saying goes, Arnie would give you the shirt off his back.

Arnie and I were both so moved by the care he received at HSC before his passing in December 2019. In fact, one of Arnie’s last wishes was that I go and buy gift cards for the staff (including a slightly bigger gift card for his favourite nurse!). 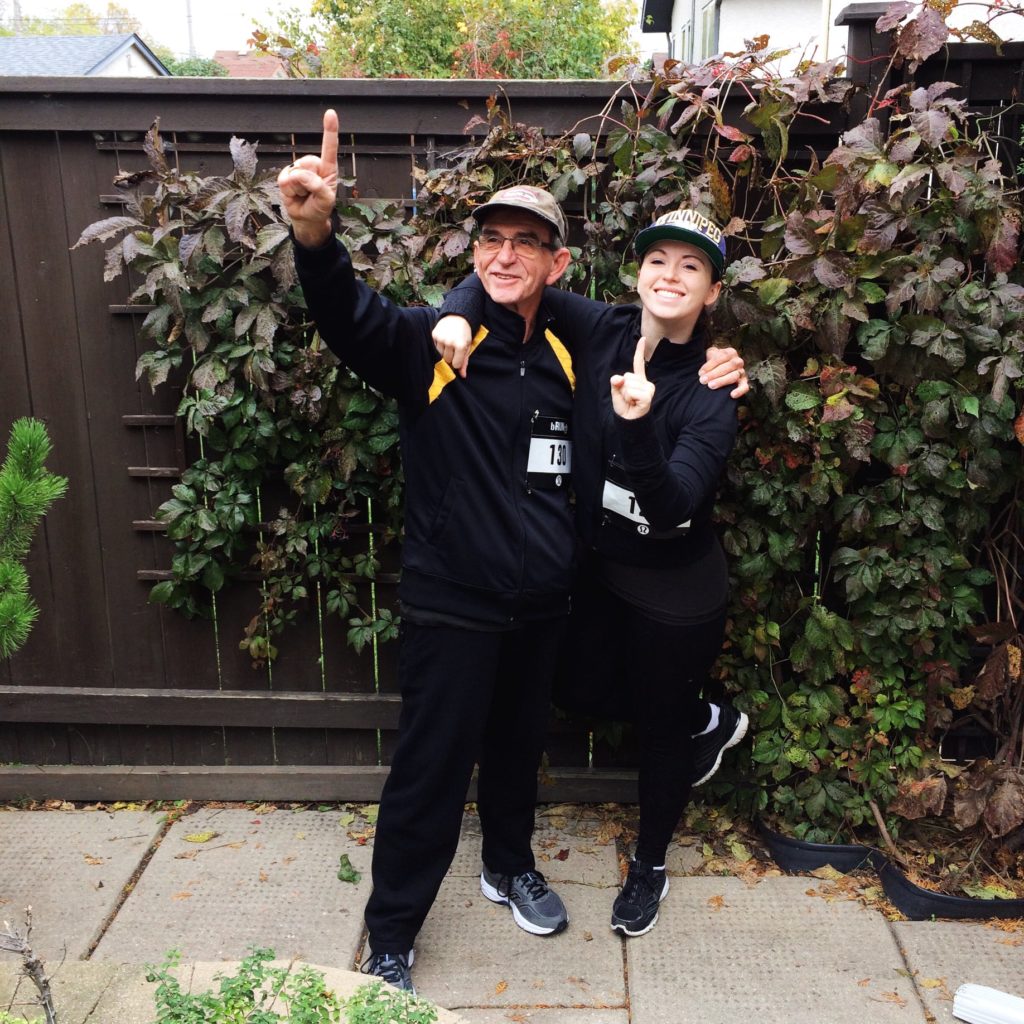 Arnie Milne and his daughter Heather Milne before a race in 2016, one of the many activities they did together before Arnie became sick.

Here is Arnie’s story. In early 2019, we were visiting family in Australia when Arnie started to feel unwell. He went to a doctor who discovered a spot on his lungs and encouraged him to get it checked out when he returned to Winnipeg in a few weeks.

A series of appointments and tests followed with his own doctor and at HSC. The decision was ultimately made to operate and perform a biopsy. It was good news! Arnie did not have cancer! What he did have was something called “histoplasmosis”, a type of fungal infection. Arnie was cancer-free and we heaved a sigh of relief.

But it was a short sigh.

Not long after, we hopped into our motor home (Arnie’s retirement gift for us!) and headed to Hecla for some camping. Arnie developed an upset stomach and started to feel off balance. At first, his doctor thought Arnie was experiencing side effects from his heart medications, and so we tried re-adjusting those. But his symptoms got worse and worse.

In September 2019, his family doctor sent him directly from his office to an urgent care facility. A scan showed a brain tumour. A large one. We went right from urgent care to the Emergency Department at HSC.

When we came in, they could see how ill Arnie was and how distraught I was. I will never forget the kindness of the HSC staff who found us a quiet place to settle in for what would be a very stressful time. Arnie was placed in a type of “step-down” unit from intensive care to be observed as he was weaned off of heart medication in preparation for an eight-hour brain surgery.

Even with surgery, we knew that Arnie’s days were numbered. But he remained optimistic and driven to get as strong as possible after surgery so he could participate in a family celebration just a few days away. He didn’t want his health to be a distraction for himself or for others. He simply wanted to celebrate with the people he loved the most. 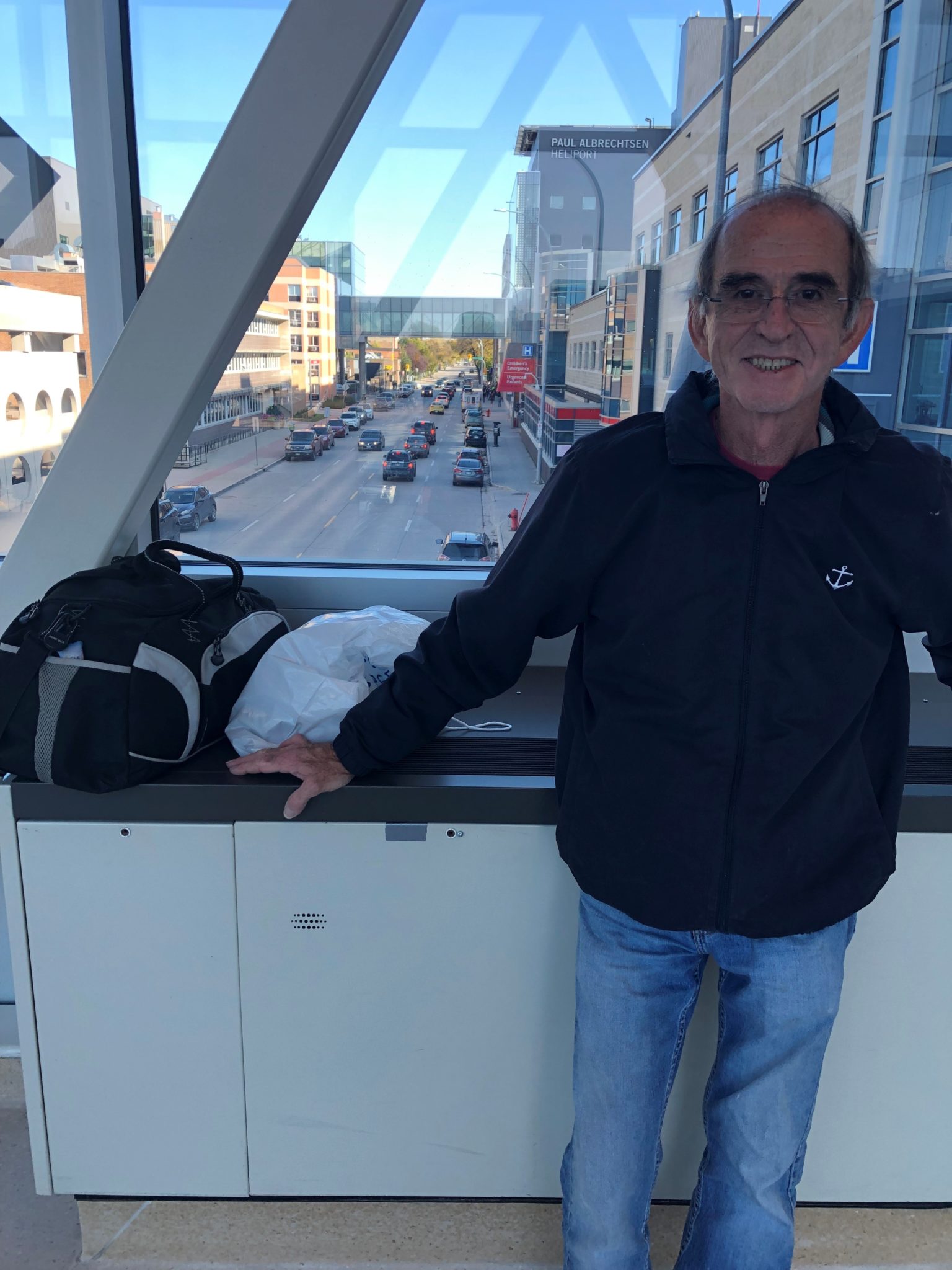 Arnie Milne after the removal of his brain tumour at HSC in October 2019.

With treatment, we thought we would have Arnie with us for a while. Maybe two years? One year? It wasn’t meant to be.

Just a few weeks later, Arnie’s weakness was so overwhelming that he was re-admitted to HSC where he passed away five days later. This was when we met Kevin, and this is when I saw angels care for my dear husband around the clock as he drifted in and out of consciousness. He felt no pain, and my daughter and I were able to stay by his side.

Arnie was a good man. He loved to fish at Lac du Bonnet; he and I enjoyed golfing and travelling together; we raised show dogs (West Highland White Terriers and Great Pyrenees); he was an active volunteer with the Irish Association of Manitoba; and he was a foodie. A good man living a good life. An outstanding father and husband, just starting to get used to retirement after 44 years of hard work in the fiberglass business. 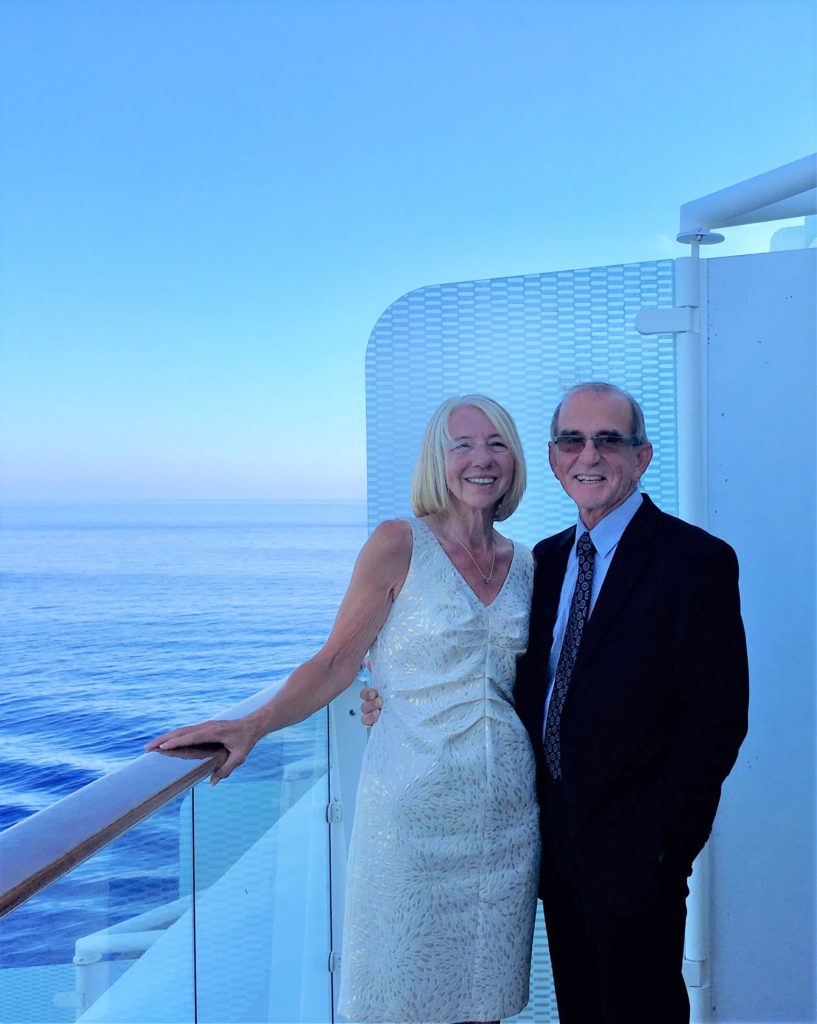 Arnie Milne had recently begun to enjoy retirement when a large brain tumour was discovered.

He was deeply grateful for all his blessings. And through the grief of his final days, he felt especially grateful for the skill and tenderness of the HSC personnel who took care of him. I am grateful, too, which is why I am writing this letter. Not every story ends the way we want it to, but we can find moments of beauty and grace along the way. I know I did.

Thank you for your consideration,

Click here to make a difference and help HSC save lives, change lives, and provide comfort to patients throughout Manitoba—year after year.