Decking the Halls with Donations

Charity Bedry (left) and Diana Halldorson. “Charity has always been a warm-hearted, compassionate person. Now there is a whole new level to her kindheartedness. She knows that someone had to die for her to live. I see how badly she wants to give back.” – Diana Halldorson

In 2017, Diana Halldorson, a retired paramedic from Bissett, Manitoba, made a Christmas tree with her daughter Charity Bedry’s pill bottles on the bedside table while Charity recuperated.

Although still jarring, watching over her adult daughter in a hospital bed wasn’t foreign to Diana as Charity’s first operation happened when she was one-and-a-half years old.

Charity was born six weeks premature at the Women’s Pavilion (now HSC Women’s Hospital) and was diagnosed with transposition of the great arteries (TGA), a congenital heart defect where the heart’s two main arteries are reversed. This left Charity without an adequate supply of oxygen-rich blood.

“Charity was a ‘blue baby’; she never had that pink hue. Charity was underweight, never walked or talked, and always slept,” recalls Diana.

Diana gave birth to Charity at 19 years old, and as a 21-year-old single mom, boarded a plane for the first time in her life for her daughter’s open-heart surgery in Toronto.

“I’ll never forget how tiny her body was as I looked over her in the intensive care unit,” says Diana.

Despite developing asthma, Charity was a healthy child post-surgery who didn’t let her condition slow her down. It wasn’t until age 35 when Charity started to get sick again, resulting in her undergoing surgery for a pacemaker-defibrillator. At this point, her cardiologist told her to get her affairs in order. 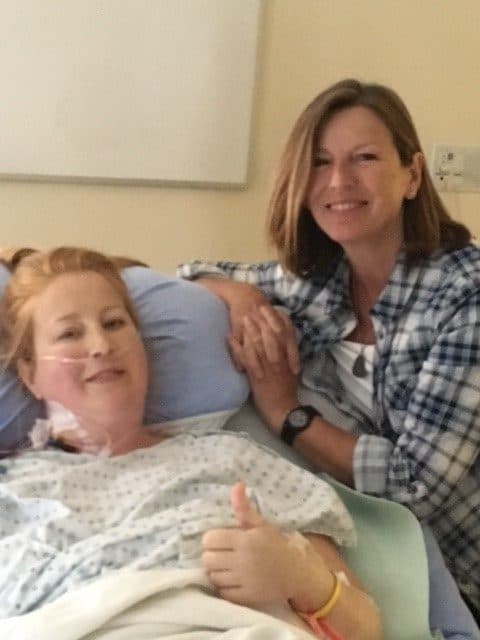 Charity Bedry (left) and her mom Diana Halldorson are grateful for the ongoing care Charity has received throughout her life.

“We signed up for the heart transplant list but knew that the minimum wait was two-to-three years. We prepared for the worst,” says Diana.

It was nothing short of a miracle that Charity spent only two months on the list before she received a call that she was about to be the recipient of a heart. And, just like that, Charity’s and Diana’s bags were packed once again. This time, they were bound for Edmonton, where many Canadian heart transplants are performed.

Within eight hours of receiving the call, Charity was prepped for surgery. 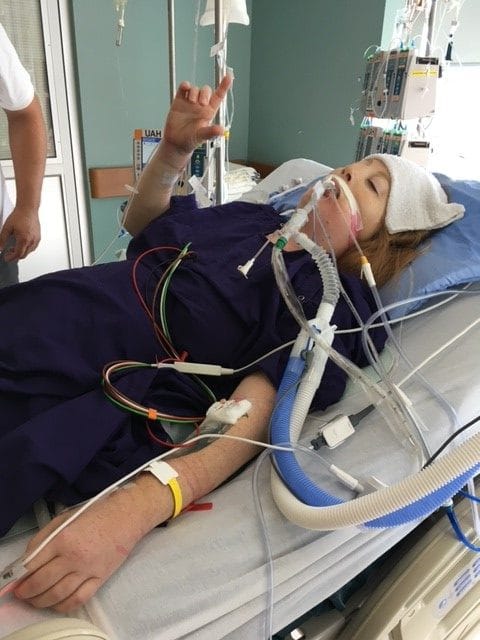 Charity Bedry motioning to her mom the morning after her transplant.

After a successful transplant, Charity spent a month recuperating in Edmonton before she continued healing in Winnipeg where her mom’s 20-year career as a paramedic came in handy.

While Charity still requires a Christmas tree of pills, she was able to return to her successful career as a determined social worker, a loving wife, and a caring stepmom.

Grateful doesn’t even begin to describe how Charity feels post-transplant. 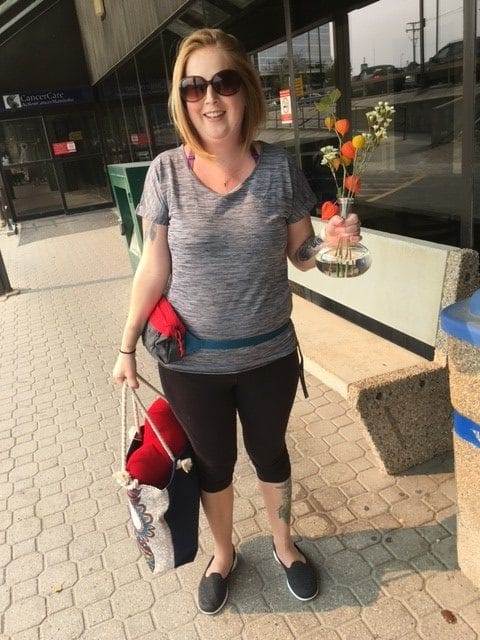 Charity Bedry is all smiles after recuperating from her heart transplant.

“Charity has always been a warm-hearted, compassionate person. Now there is a whole new level to her kindheartedness. She knows that someone had to die for her to live. I see how badly she wants to give back,” says Diana.

This desire is what drove Diana and Charity to forgo exchanging Christmas presents every year and donate that allocated money to local charities instead, including the HSC Foundation.

“HSC and the team at Transplant Manitoba will be in Charity’s life as they monitor all of Manitoba’s transplant recipients. We both want to give back and help out any way we can,” says Diana.

The dynamic mother-daughter duo has a tradition of celebrating Charity’s annual transplant anniversary. And now, they have a new annual ritual: giving back during the holidays.

Please consider a gift to the HSC Foundation during the holiday season. To donate, please click here, call 204-515-5612, or text HSCF to 20222 to donate $20 now (tax receipts will be issued via Mobile Giving Foundation). From now until January 31, all texted-in gifts will be matched up to $5,000 by Manitoba pork producers!