Beyond the ABCs of Caring 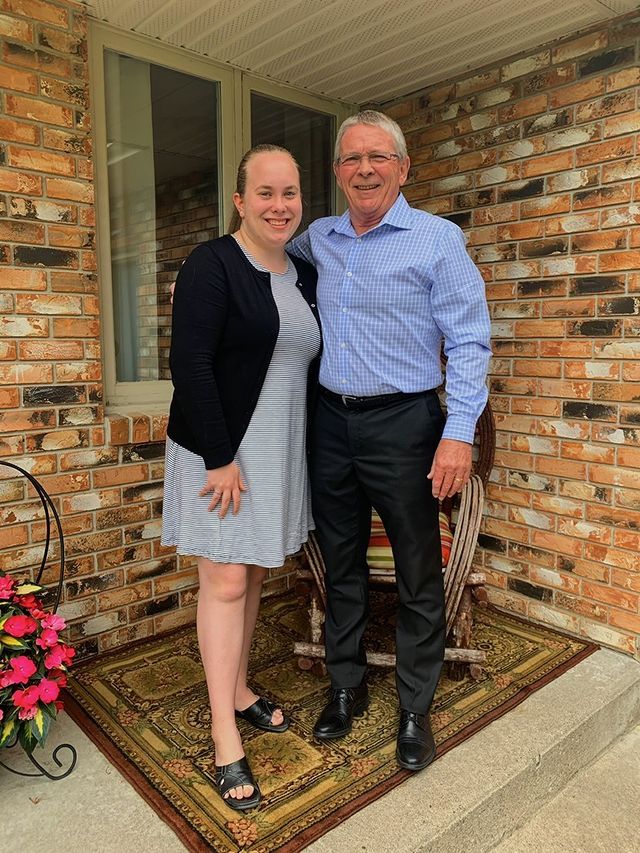 Megan Morant and her father, Bill.

From a young age, Megan Morant knew that she wanted to be a teacher—she even had a mock classroom set up at home. Little did Megan know that this childhood ambition would come true much sooner than anticipated. Unfortunately, it was when she had to help her dad relearn his ABCs.

Megan, 11 years old at the time, was at home on July 29, 2015, when she heard her mom Brenda on the phone with Bill, Megan’s dad. What wasn’t common was Brenda repeatedly shouting Bill’s name into the phone in a panic. “Mom knew that something was very wrong; he began acting strange and either dropped the phone or hung up on my mom mid-call,” recalls Megan.

Brenda immediately called their workplace, and the staff began searching for Bill. They soon found him in his car and concluded he had suffered a stroke while driving and talking with Brenda. Thankfully, he didn’t make it far from work and had managed to park. Bill was rushed to HSC where Megan and Brenda met him. 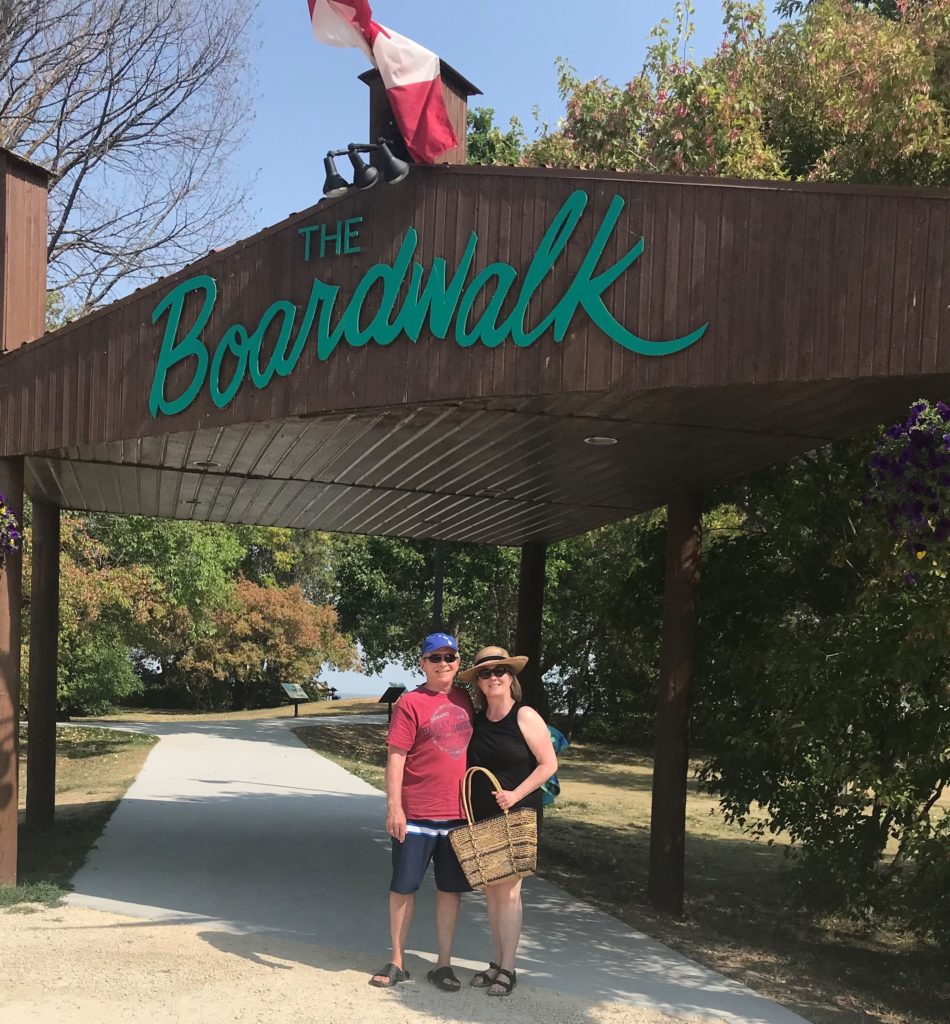 Brenda Morant was on the phone with her husband, Bill, when he suffered a stroke.

Upon being ushered to a private room near the emergency room, Megan remembers going through a lot of Kleenex while her mom answered questions about their family health history. “We broke down crying when we saw my dad in his hospital bed—he couldn’t speak. A doctor tried to get him to say my name, my age, or say what school I went to, but he simply couldn’t.”

The following hours were a flurry of assessments until Dr. Joseph Silvaggio, neurosurgeon, arrived and explained that Bill needed surgery to remove the clot from his carotid artery. “I still remember that exact moment—it felt like I had never truly heard the word surgery until then,” says Megan.

Megan and Brenda spent many late nights and early mornings at HSC while Bill recovered from his stroke and surgery. “There was an empty hospital bed next to my dad. A nurse kept it free for as long as possible so that I could sleep next to him,” recalls Megan.

After 10 days, Bill was clear to go home; however, his battle wasn’t over. Bill spent the next year-and-a-half working with speech therapists. “It was heartbreaking to see my dad go from an intelligent businessman to someone who couldn’t form a complete sentence,” shares Megan. “Christmas was especially hard. My dad is the life of the party and all he could do was silently sit around the table.” 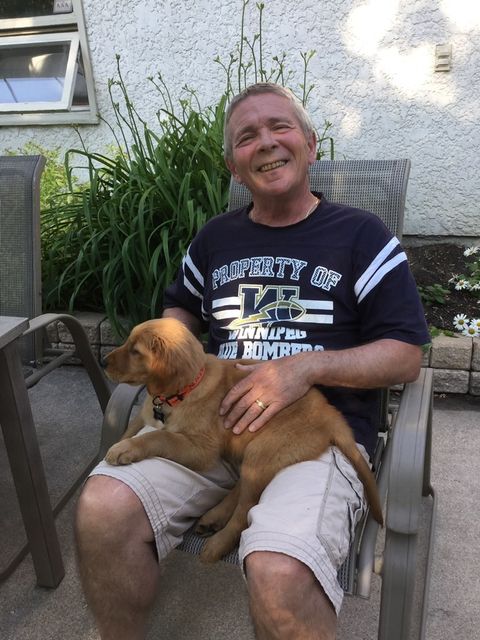 The Morants went from hardly ever having to set foot in a hospital to having frequent follow-up appointments for Bill over the next three years, including a second surgery in 2018 where Dr. Silvaggio had to put a stent in Bill’s other carotid artery.

“I was blown away by the memory of HSC staff. Both an ultrasound technician and a nurse remembered my family so clearly—the nurse, Rebecca, even remembered what bed my dad was in three years earlier,” recalls Megan.

Thankfully, Bill recovered remarkably after his second surgery and even returned to his same workplace (in a less demanding role) in 2020 after his stroke had forced him into an early retirement.

While it was hard to find a silver lining in her father’s stroke, Megan found one. Inspired by the remarkable care Bill received, coupled with the expertise of Dr. Silvaggio, Megan swapped her desire to be Ms. Morant, teacher, for Dr. Morant, neurosurgeon.

Thanks to the follow-up appointments, Brenda and Bill were able to update Dr. Silvaggio on Megan’s desired career path. Shortly after Bill’s second surgery, Dr. Silvaggio began a lengthy paperwork process to allow Megan to shadow him for her school’s Take Your Kid to Work Day. 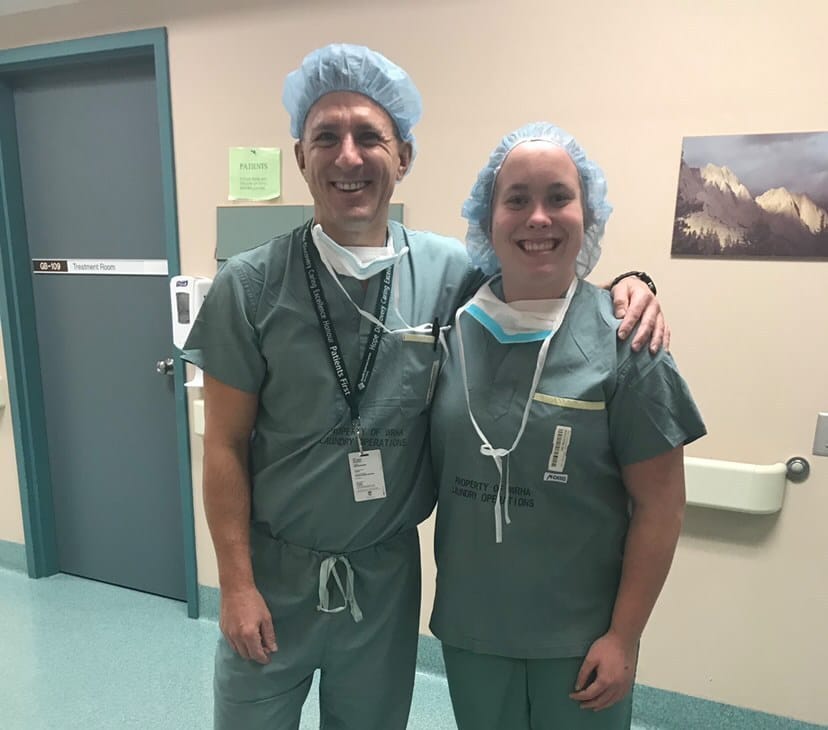 Dr. Silvaggio, the doctor who saved Megan Morant’s father’s life, has become a mentor to Megan.

“The day was a dream come true. I witnessed two brain aneurysm clippings—I even talked to one of the patients afterwards, as well as their family. It was surreal thinking that I was in their shoes mere weeks before as I waited for my dad to come out of surgery,” recalls Megan.

Although still a high school student, Megan is well on her way to becoming a neurosurgeon thanks to her remarkable ambition and intelligence, as well as inspiration and mentorship from Dr. Silvaggio.

“Not only did Dr. Silvaggio save my dad, but he shaped the person that I have become. From the moment that I met Dr. Silvaggio, I trusted him and knew that he would do anything to make sure my dad was okay,” says Megan. 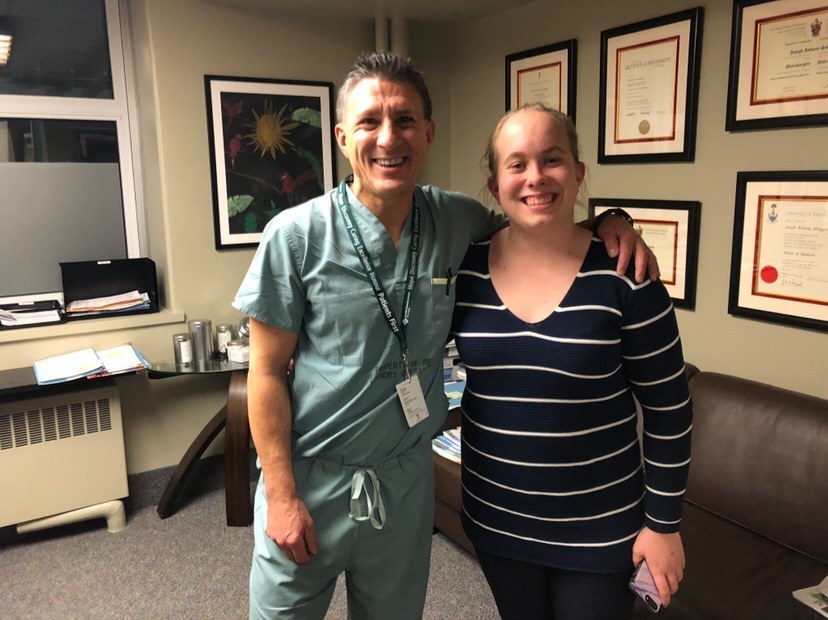 Dr. Silvaggio and Megan Morant: “Not only did Dr. Silvaggio save my dad, but he shaped the person that I have become.”

Dr. Silvaggio has high hopes for Megan. “Megan is an impressive young woman with a very bright future ahead of her.  I feel fortunate to have had the opportunity to get to know her and look forward to following her progress.  I feel extremely confident that Megan will achieve her goals of becoming a physician and hope that she will keep neurosurgery on her list of potential careers.”

As we celebrate the fathers in our lives this Father’s Day, please consider making a gift to the HSC Foundation to help grant daughters like Megan the opportunity to celebrate a lifetime of memories with their dads. To donate, please click here or call 204-515-5612.

Decking the Halls with Donations