Laughter Proves to be the Best Medicine 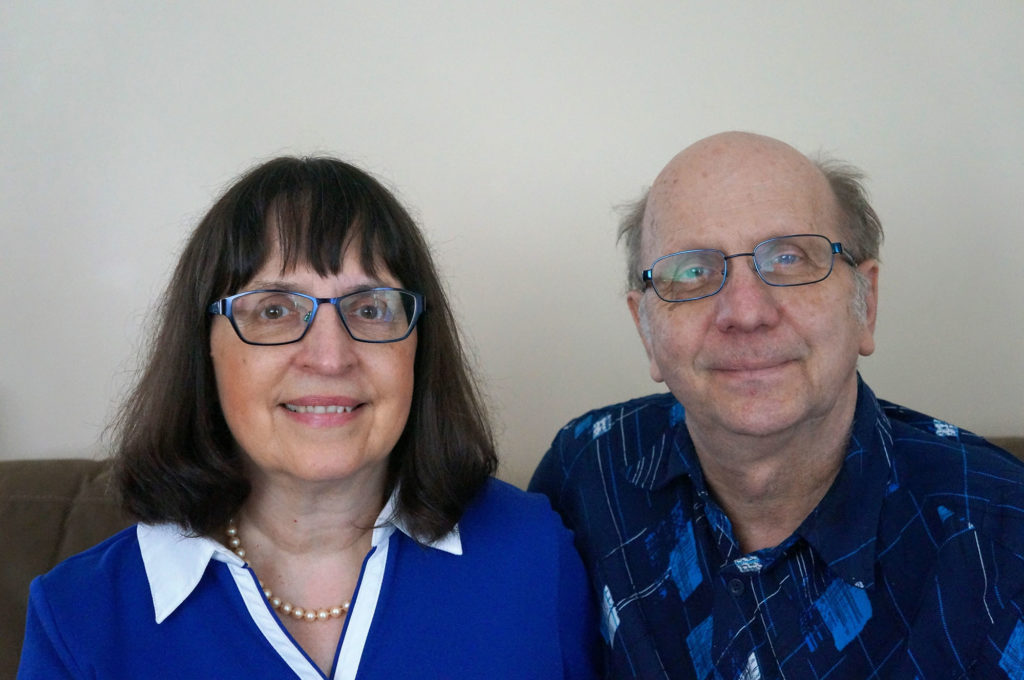 Shirley and Laszlo Pothe: “Shirley has been doing all the driving, and much more, since my MS diagnosis. She is one-in-a-million.”

Over 14 years ago, Laszlo Pothe was forced to cross off “long walks on the beach” from his list of favourite activities.

While in his 60s, Laszlo was walking with his friends at Victoria Beach when he felt a strange weakness in his leg—a weakness that almost made him fall over. Knowing that something was off, Laszlo called his doctor the next day. Despite Laszlo’s swift action to seek medical help, it wasn’t until a few years and a myriad of tests later that Laszlo received his diagnosis: progressive multiple sclerosis (MS).

People with MS suffer from an extremely wide range of symptoms such as blurred vision, fatigue, dizziness, and weakness. Due to the wide range of symptoms, and the variation of symptoms per individual, MS takes time to diagnose. This disease is common, unpredictable, and impacts the central nervous system by disrupting the flow of information from the brain to the body.

Laszlo, now in his 70s, retired from a career in retail shortly after receiving his diagnosis. Once an avid tennis player, Laszlo now uses a walker and a wheelchair, and gets his dose of daily exercise by playing Wii bowling—a sports simulation video game—with his wife Shirley. While Laszlo had to give up numerous activities due to MS, he remains optimistic, grateful, and forever a fan of a good laugh. “Growing up, my father would say ‘Once you lose your sense of humour, pack it in,’” shares Laszlo.

For Laszlo, laughter isn’t just the best medicine, it’s the only medicine.

“I am grateful that I don’t need to take any pills at this stage of my MS diagnosis. I don’t want to feel sorry for myself, and I am in good spirits,” says Laszlo.

Shirley and Laszlo Pothe with their son Joey—who has always been there for his parents with love and support—along with his family.

While Laszlo has been able to live with MS without depending on pills, he has had to rely on the care of HSC Winnipeg. Seven-and-a-half years ago, Laszlo suffered from an MS flare-up where he couldn’t get up and had to be rushed to HSC in an ambulance. After three weeks of tests and mobility rehabilitation, Laszlo returned home. “I was able to regain walking and haven’t had a flare-up since. HSC is excellent. We are lucky to have such dedicated, caring staff,” says Laszlo. To show their support of HSC, Laszlo and Shirley signed up to be monthly donors even before Laszlo needed HSC’s care. “HSC needs every penny they can get,” notes Laszlo.

Laszlo’s ability to find humour and optimism is admirable but he knows that living with MS is no joke. By the time you have finished this article, someone around the world will have been diagnosed with MS. One in every 3,000 people have MS globally; Canada has the highest rates.

The cause of MS is unknown; the cure for MS is unknown. What is for certain is the impact that HSC Foundation donors have on the future of MS patient care and research in Manitoba. To make a donation to HSC Foundation’s MS Fund, please contact us at 204-515-5612.