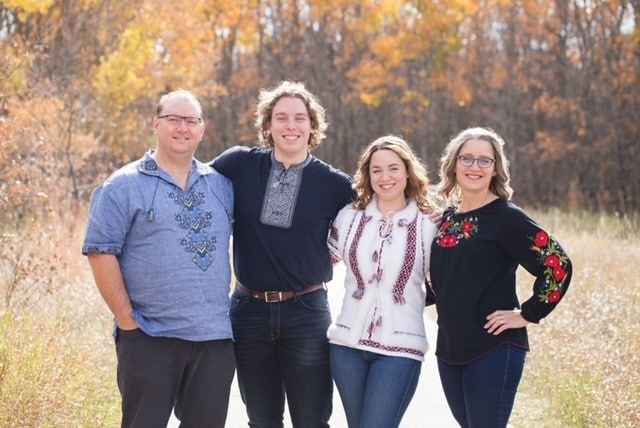 Christine Preachuk (far right) is grateful for the support of her family post-stroke.

After almost 20 years of employment at Health Sciences Centre, Christine Preachuk unexpectedly found herself in a new role—the role of a stroke patient.

Preachuk has provided compassionate care to countless individuals as Interim Manager of Diagnostic Imaging in X-Ray and Mammography at HSC, and prior to that as a General Duty X-Ray Technologist and Clinical Educator. However, it never occurred to her when she felt lightheaded the morning of May 1, 2018, that she, herself, was experiencing a stroke.

The morning began normally. Preachuk, who was 46 at the time, bent over to get something out of the fridge and, upon standing up, experienced strong lightheadedness. “I wasn’t in pain, but I felt different—off. I stood there for a minute and tried to shake it off. But then, when I tried to walk, my left leg was dragging. At first, I thought that I had put something out in my back. I sat there for a few minutes thinking maybe it’ll pass, maybe it’s nothing.”

Preachuk’s husband helped her perform the F.A.S.T. test (an essential, self-diagnostic tool for people concerned they might be having a stroke), and upon finding that Preachuk’s numbness was now throughout her left arm and leg, they rushed to the HSC Emergency Department. Here, Preachuk was sent for a CT scan and an MRI—an odd experience as both were conducted by the department she works in.

“It was strange coming in as a patient; however, the team was nothing but professional, and the care was top notch. There is nowhere else I would have rather been,” said Preachuk. 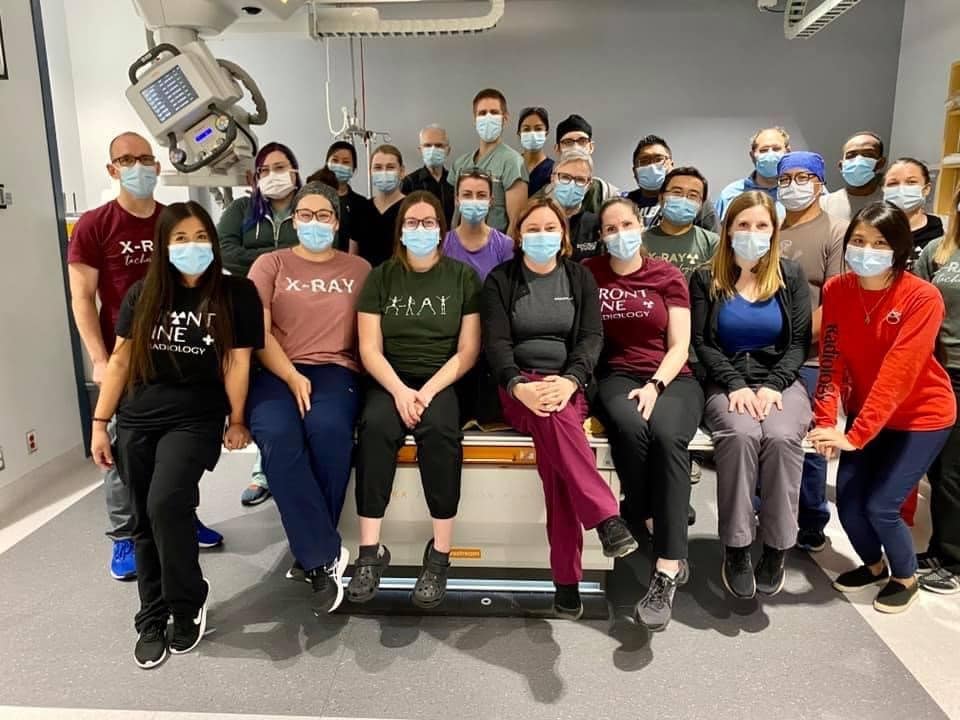 Christine Preachuk with part of the team she manages in the Diagnostic Imaging Department at HSC.

The tests came back with results that Preachuk had suspected but had hoped feverishly against—she had a small stroke and would have to be admitted to the hospital as a neurological patient. And there was more. Because of her young age, staff wanted to test her heart as many under the age of 55 who had strokes were then diagnosed with a patent foramen ovale (PFO), a hole in the wall of the heart between the left and right atriums. Unfortunately, this proved to be the case for Preachuk.

The following days were a flurry of tests and physiotherapy. A former dancer and current Technical Director for the Rusalka Ukrainian Dance Ensemble, Preachuk was shocked at how this experience had affected her physically.

“I don’t think I realized how weak I was until I started physio,” Preachuk shared. “I had to rise on my toes on each leg individually. As a dancer, this is a motion I am used to. The right leg was fine, but I couldn’t when I tried to rise on my left leg. At that moment, it really hit me—I broke down and started crying. I realized I would probably be dealing with the change my whole life.” 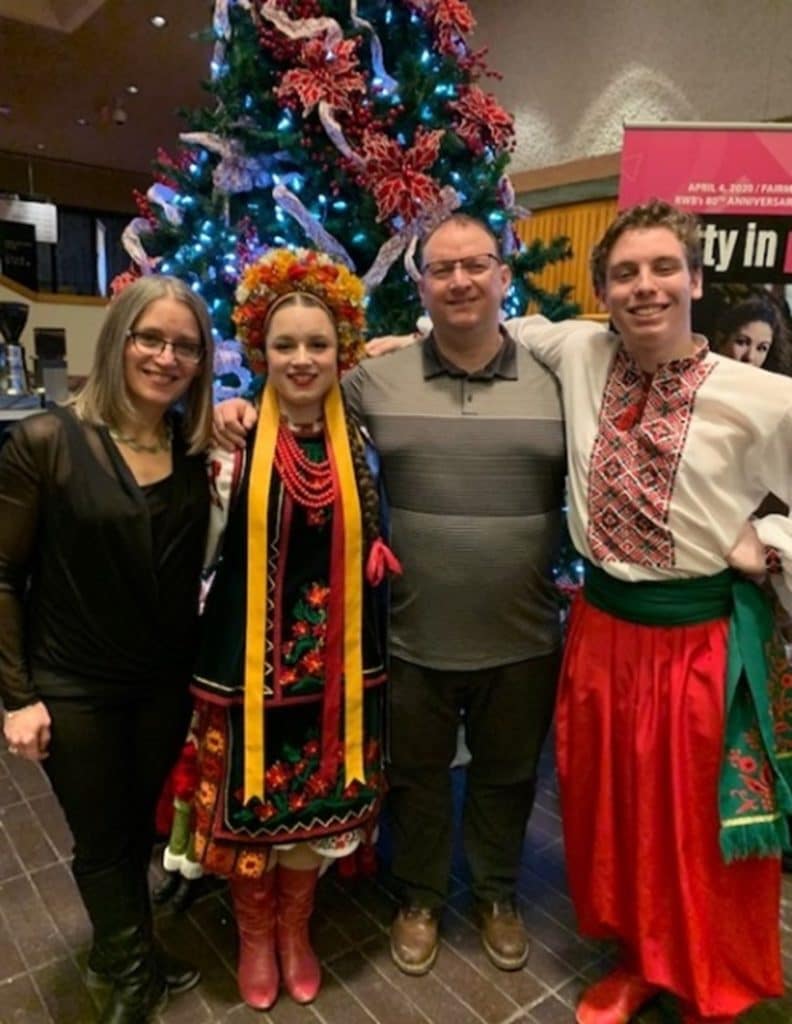 Christine Preachuk, Technical Director for the Rusalka Ukrainian Dance Ensemble and former dancer, and her husband, former Rusalka dancer, with their children following their children’s performance with Rusalka as part of the Royal Winnipeg Ballet’s Nutcracker.

With the help of HSC’s Stroke Clinic, Preachuk has worked to find ways to deal with her new normal, both physically and cognitively. While grateful that she has largely been able to return to life as she knew it previously, including her work at HSC and with Rusalka, there are days when the lingering effects leave her feeling weak and unable to concentrate. These invisible long-term effects can be particularly isolating for stroke patients. 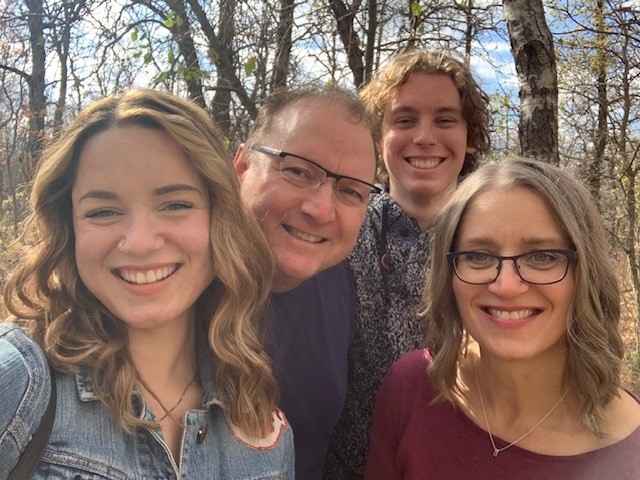 Christine Preachuk with her family.

Preachuk credits the ongoing support of her family and co-workers, as well as the staff at HSC’s Stroke Clinic, for their help in her recovery. She also thanks HSC Foundation donors for their generosity, something that she has now experienced as both an employee and a patient.

“We have a large team of specialists at HSC who deal with strokes daily. The quicker they get the assessment, the faster treatment can happen, and the better the outcome,” she says. “Without the Foundation and the support of donors, we wouldn’t be able to do what we do to support positive outcomes.

To commemorate World Stroke Day, we invite you to support the Jai Shankar Neuro Research and Education Fund. Established by Dr. Shankar in 2018, this fund supports equipment purchases, research, education, and training related to neuroimaging and interventional neuroradiology—and helps patients like Christine Preachuk. To contribute, please call the HSC Foundation at 204-515-5612 or toll-free at 1-800-679-8493.