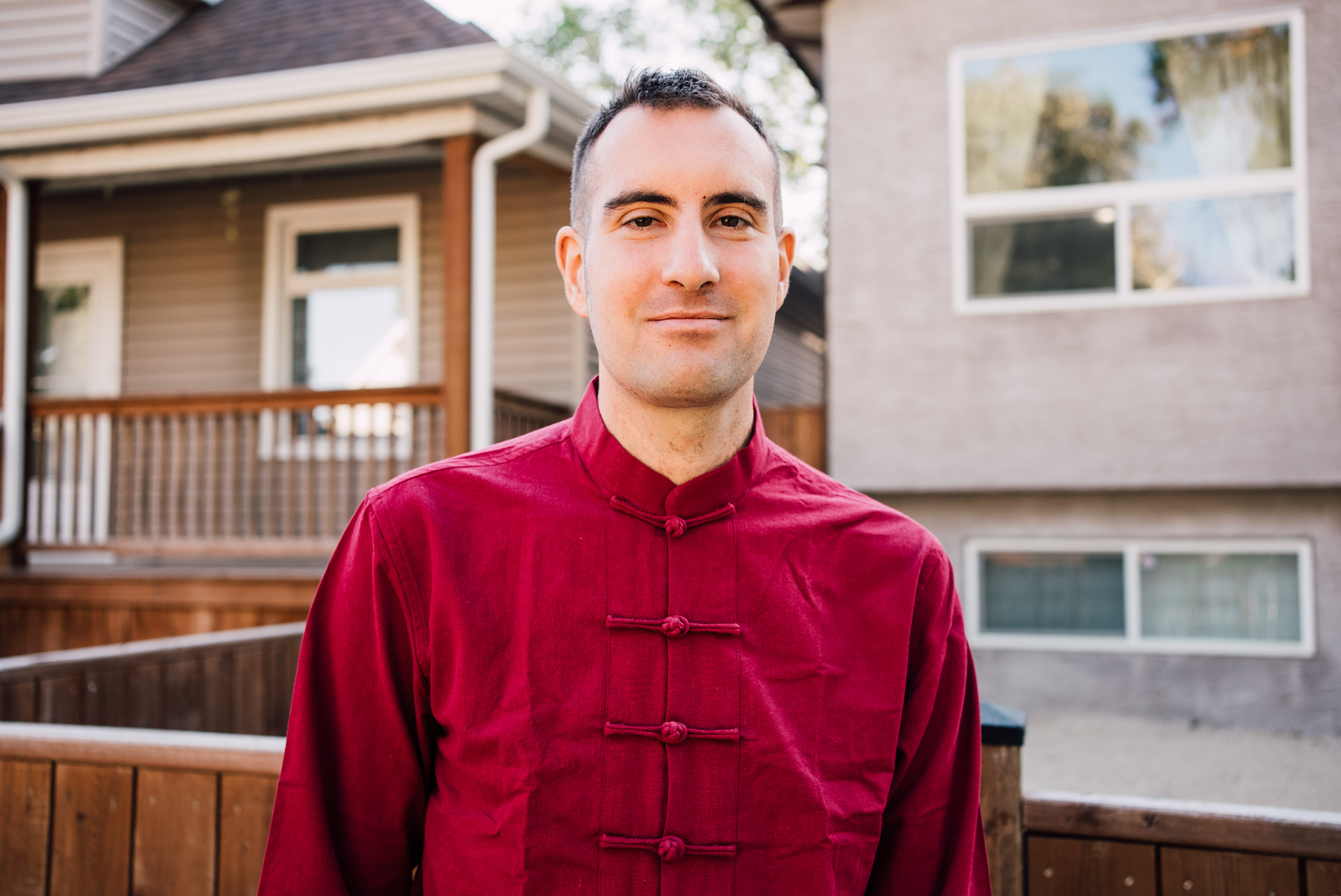 When it comes to discussing his mental health challenges and his encounters with the health care system, 33-year-old John Broadhurst describes himself as an “open book”.

In fact, it is his experiences with the health care system and his passion for the pursuit of better mental health care that have driven his decision to commit to leaving a legacy gift to the Health Sciences Centre Foundation.

“HSC is at the forefront of mental health care in Manitoba. I would even hazard to say within Canada,” says Broadhurst. “I can’t think of a better organization to support with a planned gift. I know that it will make a difference.”

Broadhurst understands now that his struggles with anxiety go back to his early childhood in Calgary. By the time he was 18, despite much therapy and the unwavering love and support of his parents John and Bev, “things started to sort of bubble over” as he describes it. With the effects of the anxiety becoming overwhelming, Broadhurst made his first visit to a hospital psychiatric ward in Calgary—the feeling of being admitted, he says, was one of “utter despair, like complete hopelessness”.

His experience in the psychiatric ward was not a positive one, but he was stabilized enough to start attending the University of British Columbia in Vancouver. After some time, his anxiety intensified and he again needed to go to a psychiatric ward for emergency care. Again, the experience was not positive or helpful in an enduring way, but it was in Vancouver where Broadhurst finally turned a corner and started turning “hopelessness into hope” thanks to psychiatrist, Dr. Garth Kroeker.

Dr. Kroeker, says Broadhurst, was patient, compassionate, took the time to know him as a person, and was persistent in finding the right drug combination to treat the anxiety. After becoming fully stabilized, Broadhurst moved to Winnipeg and fell in love with the city.

He works teaching English online to children in Korea and Taiwan. He wakes up at 4:00 in the morning so he can be ready to teach when his students are finished with their regular school day and their extracurricular activities. Broadhurst is passionate about language in general and is fluent in Mandarin and Korean. He taught himself Korean during the COVID-19 pandemic and likes to show off his skills to his students (and will occasionally mispronounce a word on purpose to elicit a few laughs).

Aside from the language, he is also a fan of Korean culture, especially K-pop music and, by his own description, “trashy” Korean soap operas.

Since arriving in Winnipeg in 2017, Broadhurst had not required emergency psychiatric care until early July 2022, when he was treated at the Crisis Response Centre on the HSC campus and at the Crisis Stabilization Unit. He describes the care as exemplary: “The CRC is a model of what all emergency care should be like in mental health. The people are outstanding and even the physical environment is healing.”

Broadhurst manages his mental health through medication, regular therapy with his psychologist, and a once-a-week 40-kilometre walk. That’s not a typo. Forty kilometres throughout Winnipeg, in one walk, every week.

“It takes about six hours,” explains Broadhurst. “I don’t listen to any music; I just walk my worries away.”

Walking is a habit he inherited from his beloved grandmother, Betty Broadhurst, who also lived with mental health challenges. “We understood each other,” says Broadhurst.

From his grandmother, Broadhurst also learned the art of perseverance. Despite becoming blind at the age of 60, she still got around, shopped, and cooked until the age of 95.

His grandmother was a key figure in his life while growing up in Calgary, where he enjoyed a good family life with his parents and his sister Kymi. Important childhood memories include travel to Mexico and Hawaii, and his three-and-a-half years in Air Cadets. While he experienced some bullying in childhood and some homophobia along the way, he remains upbeat, enthusiastic, and good humoured.

“I have anxiety and I manage it. I’m living proof that you can get better,” says Broadhurst. “I was a person who felt completely hopeless—I could have jumped off a bridge because I thought there was nothing more for me in life. But I found skilled people who cared about me. And now, not only can I enjoy life, I can say that I am happy.”

Indeed, John Broadhurst is an open book, but he is also a man with an open heart and a spirit of generosity. He hopes that by sharing his story through the Bannatyne Legacy Circle, he can help further reduce the stigma of mental health and inspire others to give.