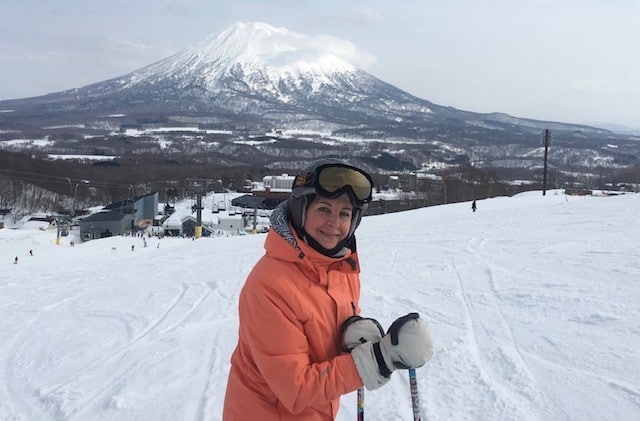 Audrey Benningen skiing in Niseko, Japan, in March 2018 before her diagnosis.

Audrey Benningen has always been an active person. When she met her partner Chris in the summer of 2017, she’d found the perfect match in someone who also embraced an active lifestyle.

During their first year together, the couple spent time at their cottages at Victoria Beach and Chris’s family’s cottage in Quebec. They travelled to Nelson, BC, to ski and hike with her son Evan and his partner Katie who live there. They even flew over 5,000 miles for a month-long ski trip in Japan.

After a round of tennis in the spring of 2018, Benningen noticed a rash developing on her ankles, which spread to her arms and chest. The rash was the first sign Benningen’s life was about to veer off course.

“Whatever you do,” says Benningen, “don’t call this a journey. I hate it when people call it that. For me, a journey is travelling somewhere to see amazing things. This was a bump in the road. This was going temporarily off course.”

Benningen’s rash was controlled by Prednisone, a medicine used to decrease inflammation, for two months. In June 2018, Benningen was tapered off Prednisone and began speaking illogically. Her partner knew there was something wrong; the bright, athletic woman he’d met was now incoherent. Her hemoglobin dropped to 26—a sign that Benningen was lacking oxygen in her blood—and she was rushed by an ambulance to HSC Winnipeg where the tests began.

Under the care of Dr. Lin Yang, a lymph node biopsy revealed the cause: lymphoma. Specifically, it was angioimmunoblastic T-cell lymphoma, a rare, aggressive cancer that accounts for only four percent of lymphomas. Benningen went directly for a PET scan, which checks for diseases, and an MRI, which provides detailed images of bones, tissues, and organs. The cancer was declared stage 4; treatment began immediately.

“At first, things seemed positive. I was discharged and I was doing okay,” says Benningen. “Then, about two months later, they saw the lymphoma again. It was absolutely devastating to be told the transplant didn’t work.”

The oncology team concluded that her best chance for success would be more chemotherapy over the summer of 2019, with another stem cell transplant—this time with donor cells. While the team searched globally for the perfect match, it was her son Evan (who travelled back and forth to Winnipeg throughout her illness) that proved to be her best option. He was a 50 percent match, but at age 29, healthy and robust, her own son gave her the best chance to live.

There was a flurry of activity to get ready for the operation. To prepare Evan for the procedure, the team at HSC coordinated with the hospital in Nelson. When Evan flew to Winnipeg, he endured five days of injections in the abdomen to stimulate stem cell growth. Benningen herself received a final intense round of chemotherapy prior to the transplant. And then it was time. 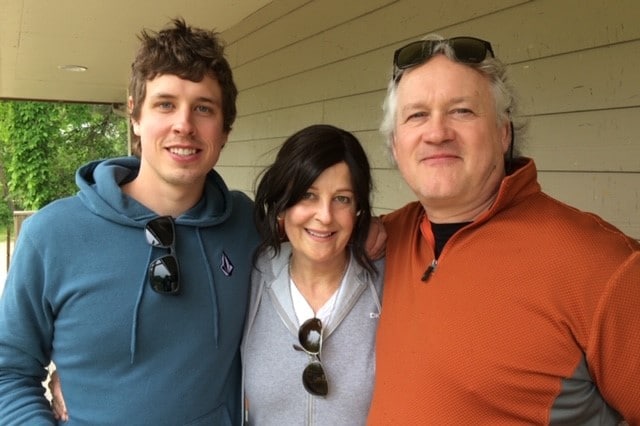 Audrey Benningen during her treatment: “I am anchored by my son—and donor—Evan; and my partner—and 24/7 support—Chris.”

Still under the care of Dr. Speziali, Benningen’s doing extremely well and is only weeks away from the post-transplant mark after which Benningen’s chance of lymphoma not returning is greater. Her son’s T cells are still working hard to defeat the cancer. She says: “I call my son and tell him his T cells need to hear his voice to stay strong and keep doing what they do. I am extremely grateful for him and all of the health care practitioners who cared for me; I am especially grateful for the team at CancerCare Manitoba and on HSC’s GD6 ward where I spent two months.” 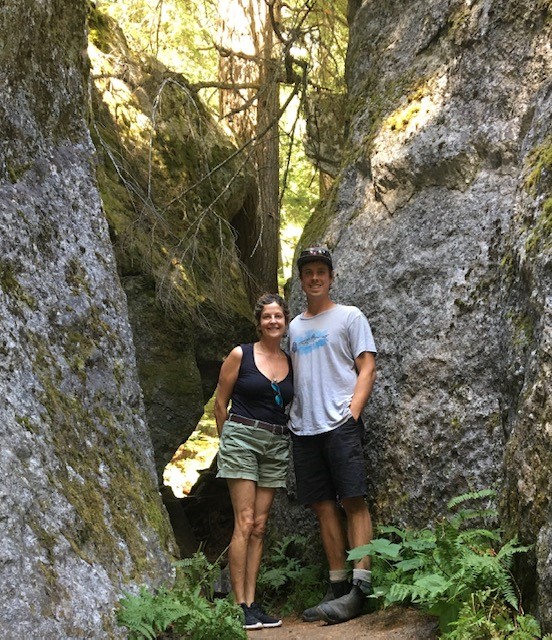 Audrey Benningen and her son hiking in BC during fall 2020, one year after her donor stem cell transplant.

“This bump in the road may have limited me, temporarily,” says Benningen, “but one day I will downhill ski again. When you look at me, you may say I’ve changed: my long dark hair is short, and I have some scarring from the treatments. But when I’m in the moment, when I’m cross-country skiing or walking with my partner, I’m still me, it hasn’t changed me. That’s the miracle.”

Help us continue to support Manitobans when they need it the most. Please click here to support the HSC Foundation. To learn more about donating stem cells, or to sign up, please call CancerCare Manitoba at 204-787-1596.