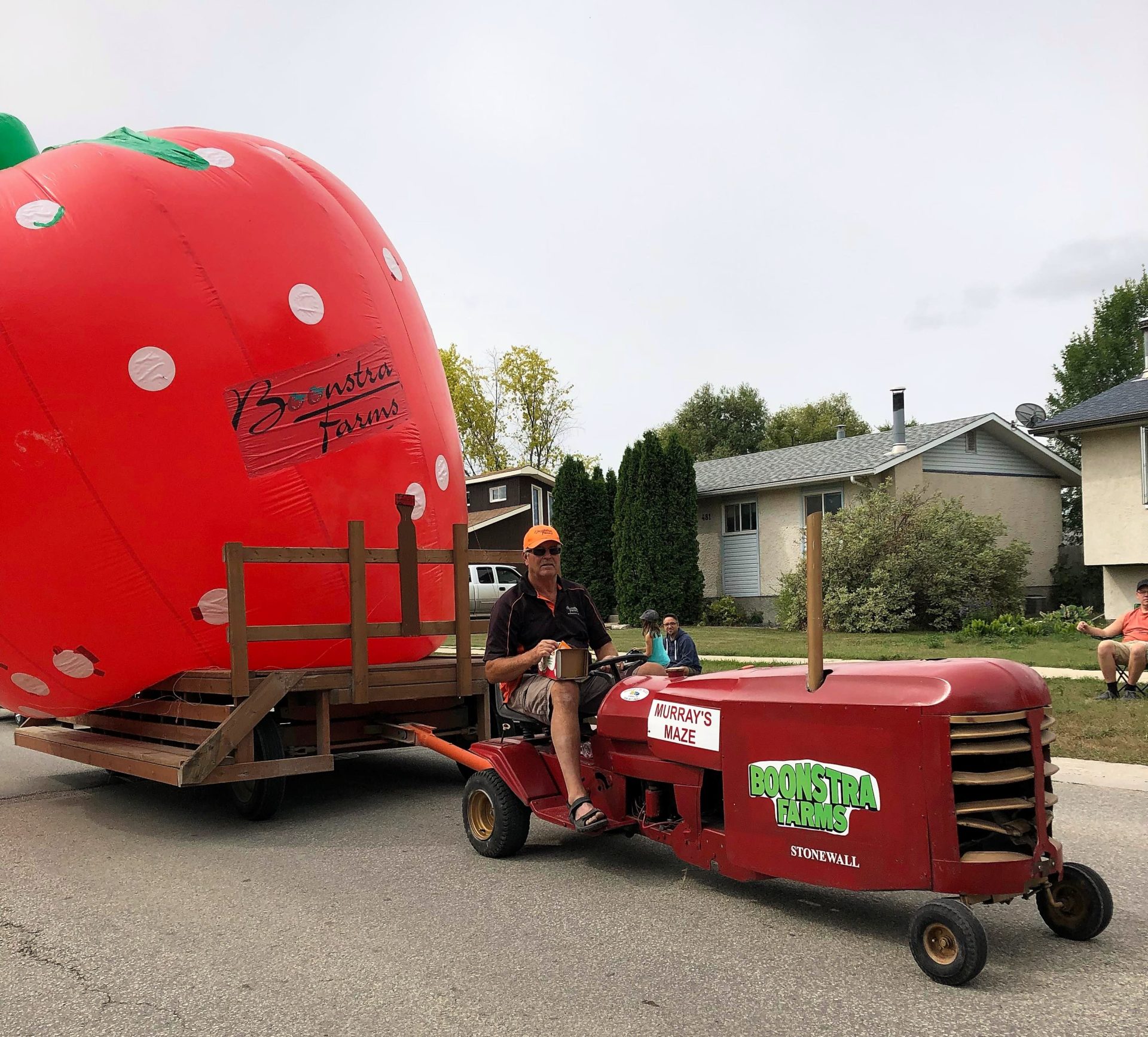 The Boonstras recently made a significant contribution to the HSC Foundation—an endowed gift in support of neurology research—as an expression of their gratitude for the care Murray Boonstra (pictured) received.

Murray Boonstra’s left side shook and trembled for about eight years. Levodopa and carbidopa—common Parkinson’s medications—helped some, but their effect waned over time.

“My condition got progressively worse,” says Boonstra, who owns and operates Boonstra Farms near Stonewall with his wife Pauline. “I know I shouldn’t have been embarrassed by the shaking, but I was. I didn’t like going out anymore and when we did, I’d either sit on my hand or keep it in my pocket.”

When your work is physically demanding, like Boonstra’s is, living with the stiffness, pain, and tremors of Parkinson’s is especially difficult. The Boonstras’ farm attracts many thousands of strawberry pickers every July, and the farm also includes animals, a corn maze, and other features that make the farm a desired day trip destination for many Manitoba schools. And when he is not tending to his fields or the field trips, Boonstra also sells RV trailers on his property.

Boonstra’s work and his quality of life depended on him finding a new way to keep his worst Parkinson’s symptoms under control. He learned that he was a candidate for a brain procedure called “deep brain stimulation (DBS)” that could calm his tremors. The procedure was delayed because of COVID-19, but it was ultimately performed in November 2021.

“I knew that if I didn’t do it my condition was just going to get worse,” says Boonstra. “I talked to some people who had it done and they said it was life-changing, so that convinced me.”

The procedure at HSC involved attaching a halo to Boonstra’s skull to keep his head still for the surgery. An electrode was implanted near the part of his brain responsible for motor function. That electrode was then wired to a transmitter implanted in his chest (like a pacemaker). Boonstra then received a handheld transmitter that allows him to control the electronic impulses, depending on what his tremors are doing. And he has been able to reduce his medication. 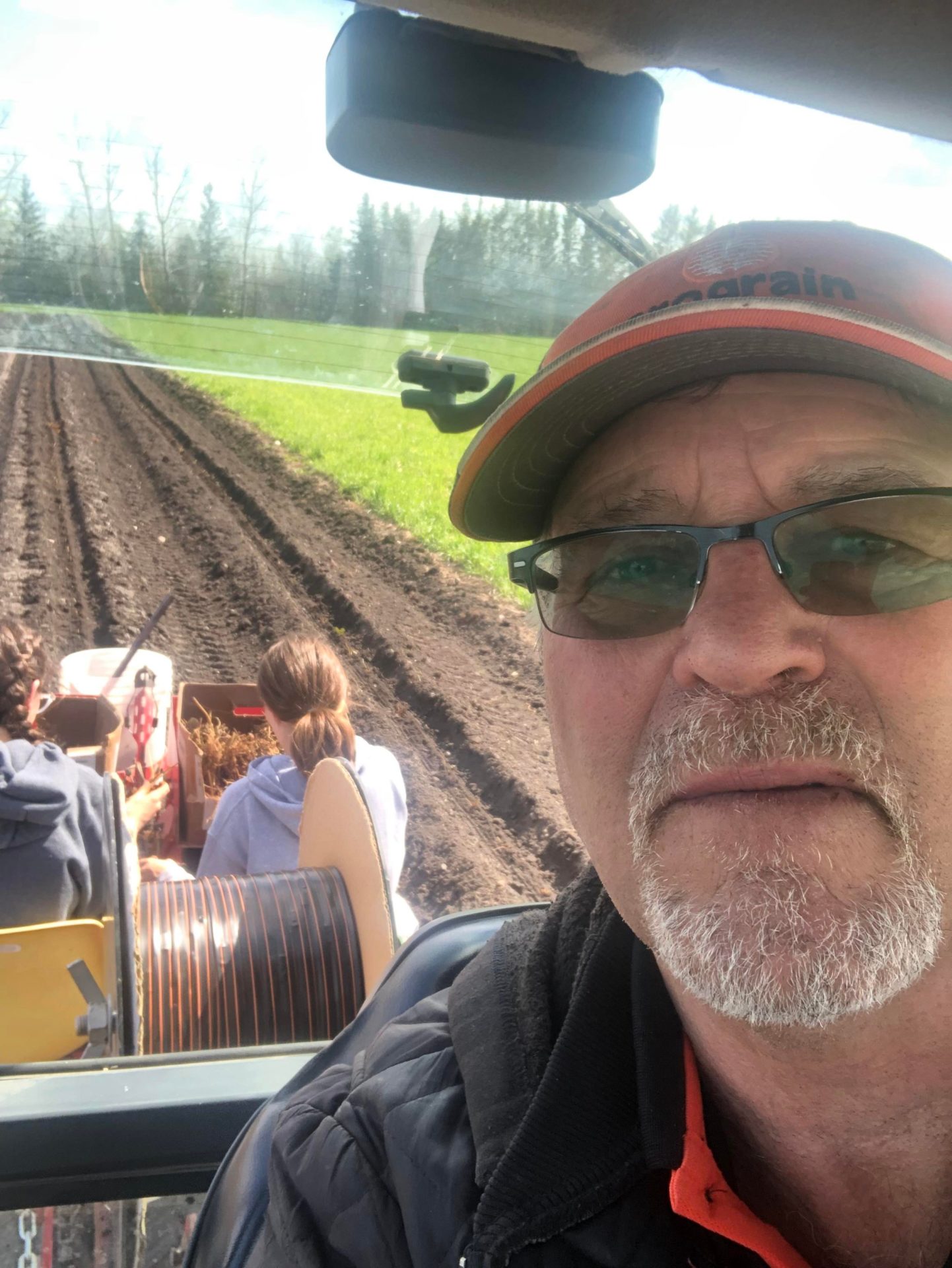 Murray Boonstra and his grandchildren tending to the Boonstra family farm: “You can’t keep everything yourself. If you’ve been given a gift, it’s always better to give some back.”

“It’s a miracle,” says Boonstra. “My tremors are under control. My movement is not 100 percent and I’m stiff a lot, but that’s part and parcel of Parkinson’s. I’m grateful that I can work and I play pickleball three days a week.” (With 10 hockey-playing grandchildren, aged eight to 18, living nearby, he also spends a tremendous amount of time at the arena.)

The Boonstras recently made a significant contribution to the HSC Foundation—an endowed gift in support of neurology research—as an expression of their gratitude for the care Murray received.

“You can’t keep everything yourself. If you’ve been given a gift, it’s always better to give some back,” says Boonstra. “We belong to a church where giving is part of the culture. The more you are blessed, the more you can give. That’s all there is to it.”

The Thread of Excellence