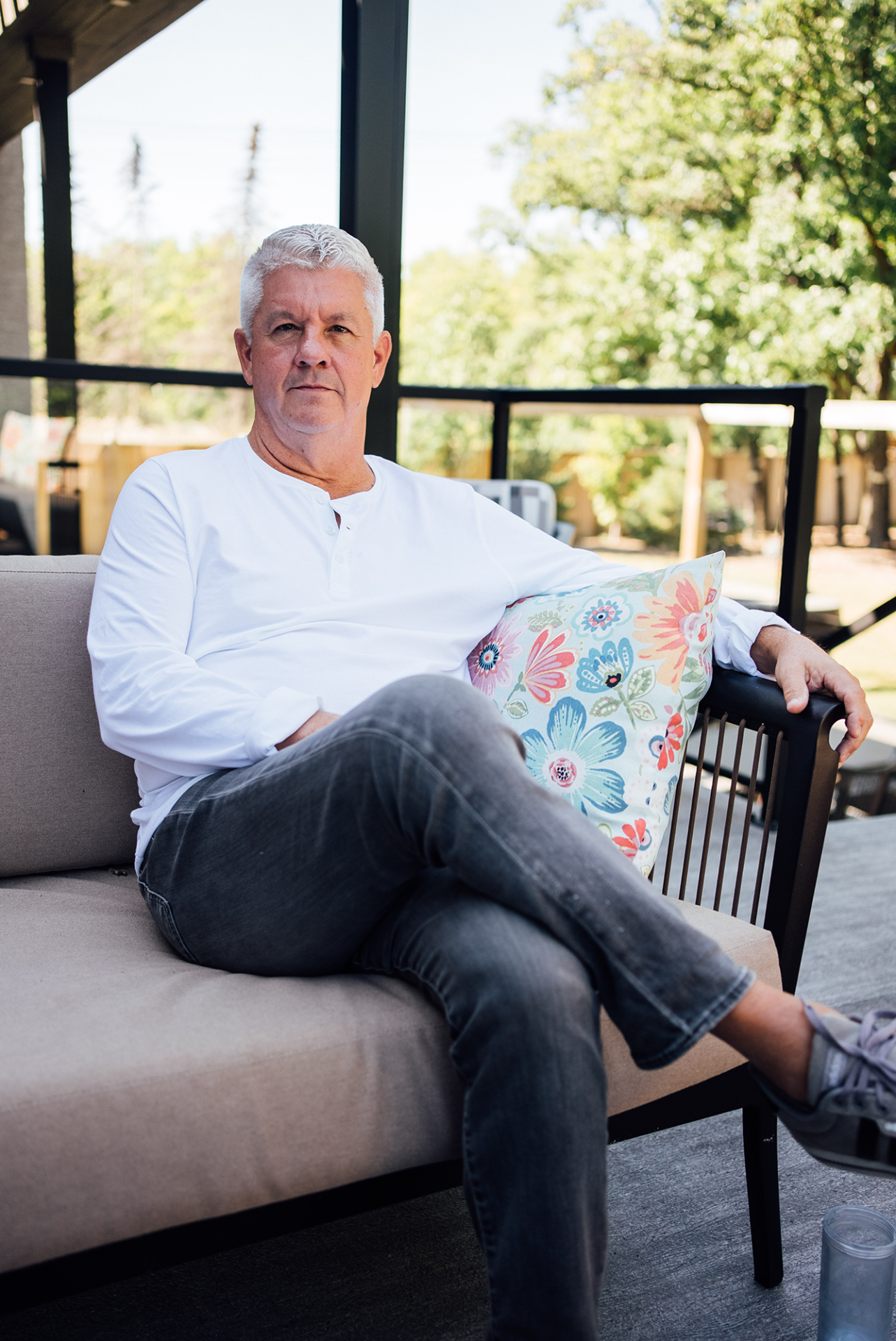 Health Sciences Centre gave Jim Morden 12 more years with his beloved father, Ronald. As an expression of gratitude, Morden became a regular donor to the HSC Foundation, served as an active Board member for eight years, and accepted an invitation in 2017 to serve as an Honourary Director. In 2022, he decided to elevate his support by announcing his intention to leave an estate gift to the foundation, thereby becoming a member of the esteemed Bannatyne Legacy Circle.

It was 2007 when Morden’s good friend and HSC surgeon Dr. Jeremy Lipschitz diagnosed the elder Morden with stomach cancer, a diagnosis that often comes with a dire prognosis. The discovery was early and Ron Morden was fit and feisty, and so Dr. Lipschitz and his colleague Dr. Larry Tan agreed to perform a complex procedure to remove part of Ron Morden’s esophagus and part of his stomach. While there were a few bumps in the road in the years that followed—including another surgery by Dr. Lipschitz to resolve a twisted bowel—Jim Morden’s dad’s life was saved. He ultimately passed away in 2018 at the age of 89.

“We weren’t ready to lose him, and he wasn’t ready to go. My mom was in the early stages of dementia at the time and my dad was determined to take care of her,” says Morden. “He got fabulous care at HSC.”

Through his family’s experience with HSC, and his observations of the health care system as a whole, Morden came to believe that everyone needs to contribute to the extent that they can so that all people can have optimal care when they need it, without exception. He also believes that personal success comes from a combination of hard work, skill, and luck. When he thinks about the luck he has had, the idea of giving back to the community—and to the HSC Foundation in particular—simply isn’t a question.

Morden was born and raised in Winnipeg to Ron and Petrina. On his dad’s side, his roots are English and Swedish; “100% Icelander” on his mom’s side (his trusted mini-golden doodle Odin is named for a Norse god in honour of his roots). Morden’s paternal grandparents were Lily and Fred Morden (of Mordens’ of Winnipeg chocolate fame); his maternal grandparents were Jon and Elin Gislason.

Morden was raised on Beaverbrook Street in River Heights and attended Sir John Franklin Elementary School, J.B. Mitchell Junior High School, and Kelvin High School before earning a finance degree at the University of Manitoba. His dad was a firefighter and also opened Mordens’ Meadows Campground in Arnes, Manitoba. His mom worked part-time at Eaton’s, but spent much of her time and energy taking care of Morden’s older brother John who had Down Syndrome and passed away as a teenager. Morden was also raised with a sister, Candy, who now lives in Campbell River, British Columbia.

Not long after graduating from university, Morden and his business partner Marty Weinberg opened Assante Corporation, a financial advisory firm, ultimately selling it in 2003. They then co-founded Pavilion Financial Corporation, a pension consulting firm. They sold Pavilion in 2018 to Mercer Canada where Morden is now a partner and works as a Private Wealth Counsellor. He continues to work for the joy of helping his clients secure their financial futures.

“My clients still want my advice and I need someone to give it to,” he smiles. “And over the years, many of my clients have become my friends.”

In his spare time, Jim Morden enjoys golfing at St. Charles Country Club and travelling to British Columbia to visit his daughters, all in their 30s: Cleo (and her husband Evan), Macy, and Jaunty. Mostly, he describes himself as a homebody, happy to spend quiet time with Odin (who even accompanies Morden to the office).

As a philanthropist, Morden is pleased to support Canada’s Royal Winnipeg Ballet and the Assiniboine Park Conservancy, among other causes. “I’ve been going to the park ever since I was a kid and I pass by it every day on my way home from work,” says Morden. “It is so important to so many families in Winnipeg.”

That said, he holds a special place in his heart for the HSC Foundation. He joined the Board in 2007, shortly after his father’s life-saving surgery. It was a time of transition for the organization, says Morden—a time when the foundation started to dream big and the community started to see the massive potential impact of philanthropy on health care. Morden served on the Board with Jonathon Lyon and holds a special admiration for what Lyon has been able to accomplish, along with the Board, since becoming President and CEO in 2012.

“The foundation makes things happen and moves health care forward,” says Morden. “Public funds pay for the basics; what we do as donors through the foundation funds the extras that are so important. It’s vital that we all do our part.”