It is the principle that drives the work-hard-play-hard lives of Pam and George Sigurdson. You can’t rely on others to make the changes you want to see, say the Sigurdsons. We all need to take responsibility by getting politically active, volunteering, and making a difference through philanthropy.

“My dad used to teach me that you have to leave the world a better place than you found it,” says George, Founder and President of Sigurdson Financial Group.

Pam, originally from the southwestern Ontario town of Wyoming, originally joined London Life after her studies at Brock and McMaster Universities. George, raised in Selkirk, had planned on taking over the family’s car dealership after his time at the University of Manitoba. Instead—and “just for fun”—he and two friends wrote a test for London Life and found themselves selling insurance. Pam and George continue to enjoy successful careers together at Sigurdson Financial where they have the privilege of helping many, many people shape their financial future. George has also inspired countless other financial professionals as an author and international speaker.

While they take their financial services careers seriously, they also share a great deal of laughter. And they find great joy together as patrons of the arts and sports. It has been reported that George is the longest consecutive sports season ticket holder in Winnipeg, having started with a pair of tickets for the Junior Jets of the Western Hockey League in 1967. Since then, he has owned tickets for the Jets; Moose; Goldeyes; Blue Bombers; and now the Winnipeg Ice. George also serves as the President of Take Pride Winnipeg and a member of the Board of Directors of Central Speech and Hearing. 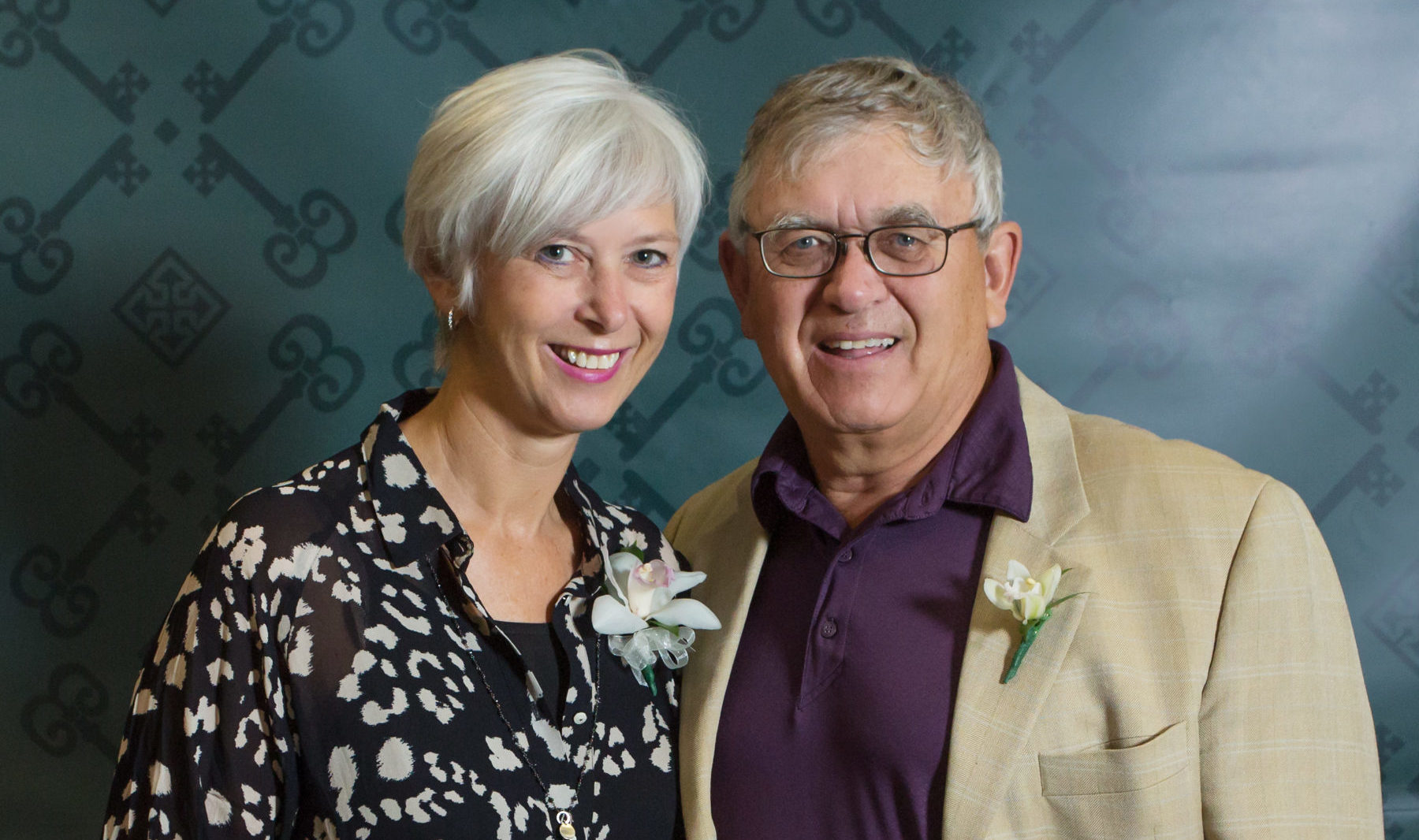 Pam and George are experienced and passionate travellers, having visited 62 countries so far. “I think George was an explorer in a past life,” jokes Pam.

Their favourite stops have been Jordan, Israel, Russia, and Machu Picchu, with Pam’s highlight a 2019 trip to Namibia and Botswana where she took her newfound photography hobby to new heights.

Both Pam and George are also avid golfers. George won the Tamarack Golf Tournament at Clear Lake in 1973 and today is a member of Pine Ridge Golf Club. (There is a provision in George’s will that some of his ashes will be placed in the cup of the legendary ninth hole so he can giggle from the hereafter as his friends continue to three-putt.)

George considers himself fortunate to be able to swing a club at all today. Or even walk, for that matter.  He beat cancer in 2012, but by 2014 he had developed a debilitating condition called osteomyelitis, in essence an infection in his bones that “ate two of his vertebrae,” as Pam describes it, and could have left him paralyzed.

Thanks to emergency surgery by Dr. Michael Goytan at HSC, two-and-a-half months at the Rehabilitation Hospital, and Pam’s love and support, George made a remarkable recovery. The Sigurdsons’ decision to leave a legacy gift to the HSC Foundation is, in part, an expression of their gratitude.

“The health care system was there for us when we needed it,” says Pam.

George is the son of Glenna and George Sr.; Pam is the daughter of Pauline and Don Hendrick who, at the age of 80, still runs a farm machinery business. George is the father of Wendy and Gregg (who also works by George’s side); Pam is the mother of twins Jillian and Jorgen. Pam and George have five grandchildren between them: Jake, Rye, Brooklyn, Georgia, and Remi.

Their generosity and community spirit sets an example for their own family and for others.

“It just makes us feel good to give,” says George.