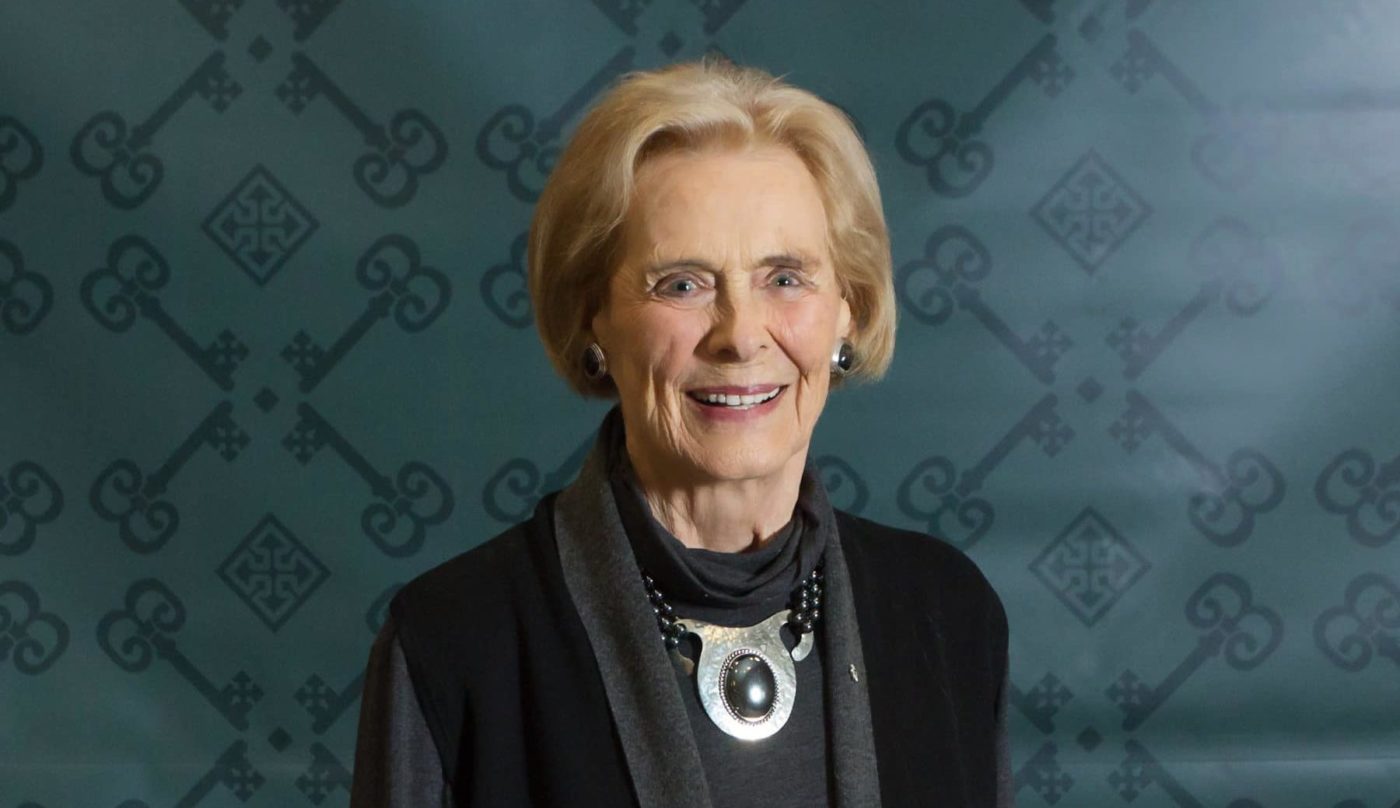 Tannis Richardson doesn’t spend much time reflecting on her decades of notable philanthropy and remarkable volunteerism. Instead, she spends time thinking about what she can do next to make our community better.

At this time, one of her concerns is the amount of bullying that goes on in schools and what we can do to address it. She has conceived of a programme that can be implemented at little cost, and she has rallied others around the cause. She feels this is a significant problem that continues to plague our community.

Her enthusiasm and willingness to roll up her sleeves come as no surprise. She has given much of her time to community service, including serving as a member of the Health Sciences Centre Foundation Board of Directors and as a member of the Honourary Directors. She is pleased to commit to a legacy gift to support the hospital that has meant so much to her family and to all Manitobans.

She recalls her father—who founded the Winnipeg Clinic and served as chair of what is now known as HSC—was always endeavouring to improve the delivery of health care as a physician, surgeon, and an administrator. To provide a bit of a picture into the scope of change that has taken place at HSC since her father was a surgeon at HSC, Tannis relays this story: “When I was a little girl, I occasionally called the hospital to speak with ‘my Daddy’,” she recalls. “Miss Morgan, who was HSC’s only telephone operator at the time, recognized my voice and promised that my father would call me back when he had finished operating. Given the size of the campus and the number of people HSC employs, this would not be possible at HSC today.”

Mrs. Richardson attended Queenston School, Tuxedo School, and Gordon Bell High School before earning a degree in Home Economics at the University of Manitoba. Her earliest connection with the hospital was enriched in her youth when she visited children in the hospital as a member of the Humpty Dumpty Club, a local group of young girls who brightened the days of the patients by playing with them and reading to them.

During World War II, while she was in university, she served as a Voluntary Aid Nurse, often putting in long hours bringing comfort to patients. (A food services worker observing the young Tannis losing weight would often insist she have a nourishing drink to sustain her while seeing to the needs of patients on the ward!)

Through her lens as a volunteer and as the daughter of a surgeon, Mrs. Richardson developed a keen interest in HSC. When Founding Chair William C. Gardner invited her to join what was then known as the Health Sciences Centre Research Foundation Board, she accepted without hesitation. One of the major undertakings of the Board at that time was the construction of MS7, a new floor for the Thorlakson Building dedicated to medical research. The Board worked with architects and inspired donors to bring this important project to fruition.

Mrs. Richardson remained engaged and connected after her Board term ended. In 1991, she was honoured as the recipient of the HSC Foundation’s first Laureate of Excellence Award, and in 1995, she and her late husband George served as Honourary Co-Chairs of the Foundations for Health Campaign, which led to the development of John Buhler Research Centre on the HSC campus. She was named an Honourary Director in 2003.

Aside from her involvement with the HSC Foundation, Mrs. Richardson has served and supported many other organizations. With JDRF (Juvenile Diabetes Research Foundation), she founded and chaired the local fundraising committee, served on the national Executive Committee and Board of Chancellors, and was active with JDRF International. Her local work included the creation of “A Starry Starry Night”, a signature fundraising event—now in its 33rd year—that Mrs. Richardson founded, named, and chaired.

She has been a member of the Boards of the Manitoba Opera Association, the Winnipeg Symphony Orchestra, the Canadian Association of Youth Orchestras, and Rainbow Stage; and a leading champion and volunteer fundraiser with the Winnipeg Art Gallery. Her support has extended to the Friends of Upper Fort Garry, the Winnipeg Library Foundation, the Manitoba Museum, United Way Winnipeg, the Canadian Foundation for AIDS Research, the Royal Aviation Museum of Western Canada, and the Kidney Foundation of Canada. Her earliest volunteer work in diabetes included personally walking door to door, alone, to raise funds in support of the Kidney Foundation.

In recognition of her philanthropy and community service—and among other awards—Tannis Richardson was invested in the Order of Canada in 2004 and awarded an honourary degree by the University of Manitoba in 2012.

Mrs. Richardson continues to inspire the community through her community service, her acts of philanthropy, and her very definition of philanthropy: “Philanthropy takes on many forms,” says Tannis. “Philanthropy not only supports causes financially but includes volunteering your time and exerting oneself for the well-being of others. It could be a gesture, a smile, or a kind word. We can all be philanthropists.”