Stopping a Disease in its Tracks 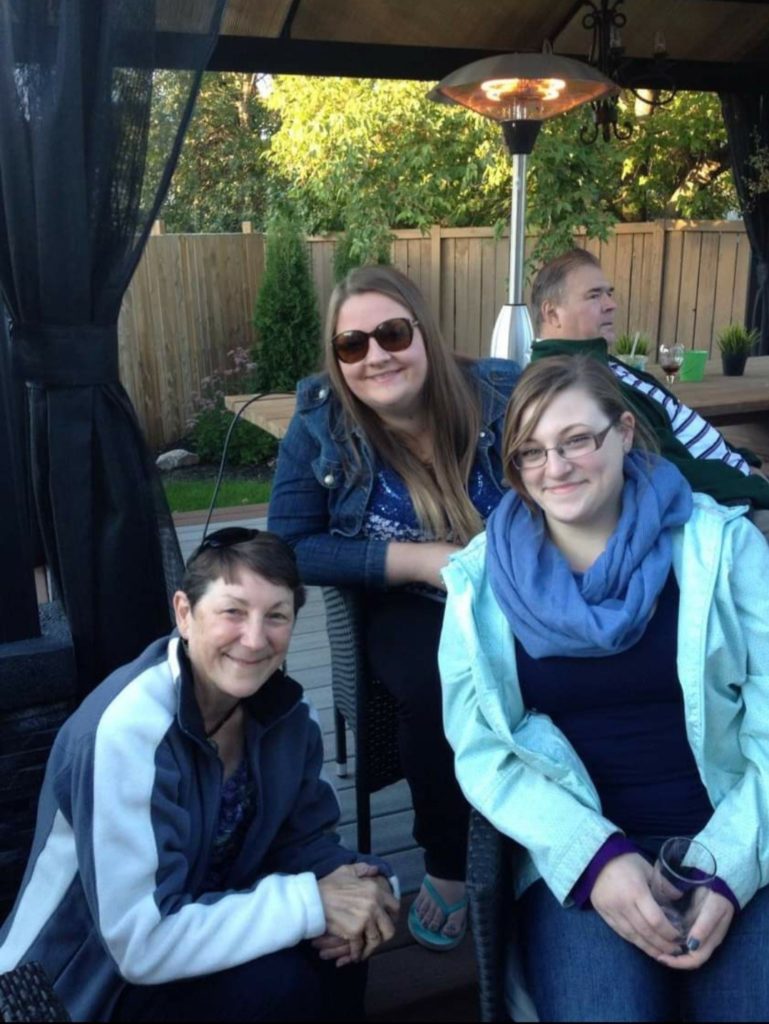 “In the beginning, the bottoms of my feet were numb. Three years later, my legs and feet had the sensation of constantly being cold. I couldn’t feel them,” says Donna Frederick, a proud mother and grandmother from St. Georges, Manitoba. “One time, I put a hot water bottle on them to warm them. It was a bad idea. I ended up burning my feet in four places—but I couldn’t feel it happening. When my doctor was cleaning the burns, I couldn’t feel that either. We knew something was up.”

Frederick, a retired dental assistant of 40 years, was referred to Dr. Davyd Hooper at Riverview Health Centre in 2016. She began a string of tests to pinpoint a diagnosis. In the end, a sural nerve biopsy of her ankle revealed what Dr. Hooper had started to suspect: AL amyloidosis.

AL amyloidosis is a rare disorder that occurs when a protein called amyloid affects the nerves and, ultimately, organ function. As it had been climbing her legs and had already reached mid-thigh, time was of the essence. The only way to stop the progress was to have a stem cell transplant.

“It was a relief to find out what it was,” Frederick says. After six months of chemotherapy, she was admitted to HSC in October 2018 where she spent 24 days recovering from her transplant.

“It wipes out your immune system. You’re just like a newborn,” Frederick says. “We feared anyone that came to visit could bring something in with them that could harm me. So, the staff became my friends and family.”

A troubling aspect of the recovery was that Frederick lost her hair as a result of her chemo. “One of the health care aides was kind enough to shave my head for me,” she says. “You know, losing your hair isn’t something you enjoy, but this aide was so nice, she had us both laughing as she did it for me. Dolly was her name. She was like my friend that was there all the time.” 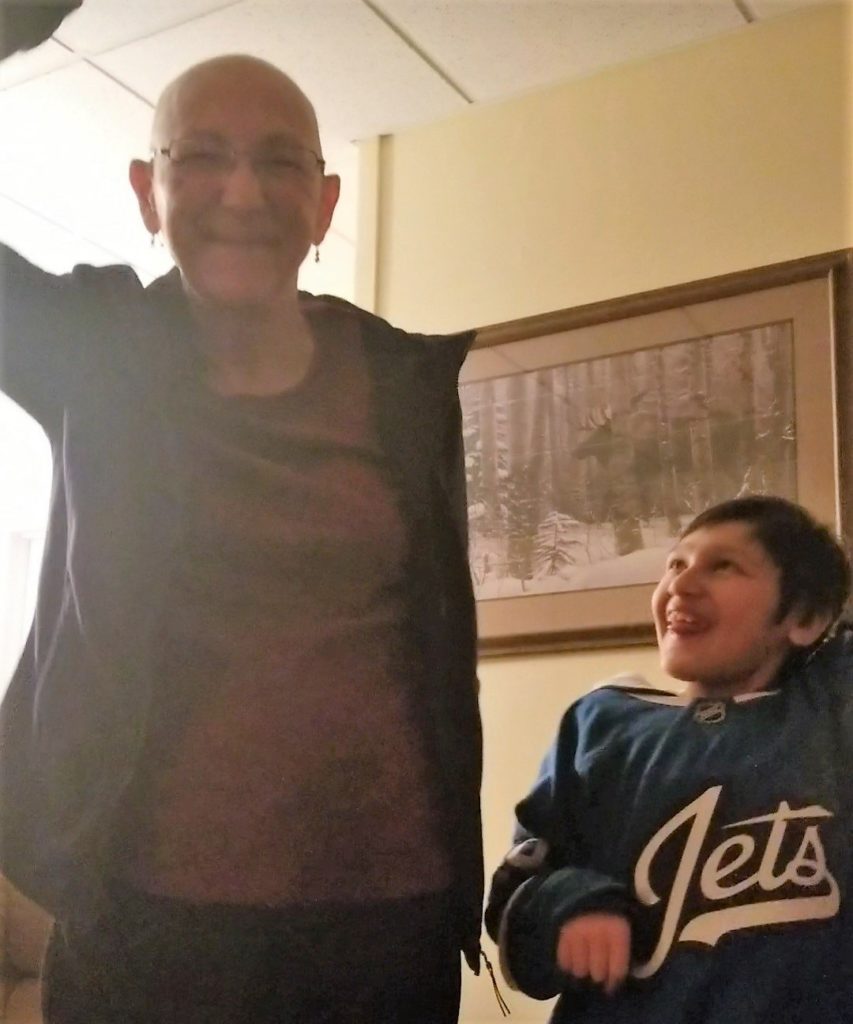 Donna Frederick with her grandson: “One of the health care aides was kind enough to shave my head for me…losing your hair isn’t something you enjoy, but this aide was so nice, she had us both laughing as she did it for me.”

With the loss of her immune system, Frederick developed thrush—which meant she lost her saliva and swallowing was very difficult. “It took me 45 minutes to eat half an apple,” she says, reflecting on her rapid 20-pound weight loss. “When my family came, it looked like there was nothing in the bed—I was so skinny.”

Looking back, Frederick says: “It was like going to hell and back, but I know I was lucky to have survived.” Slowly, with the help of HSC, she was able to start eating more and developed enough strength to move home and be cared for by her husband. 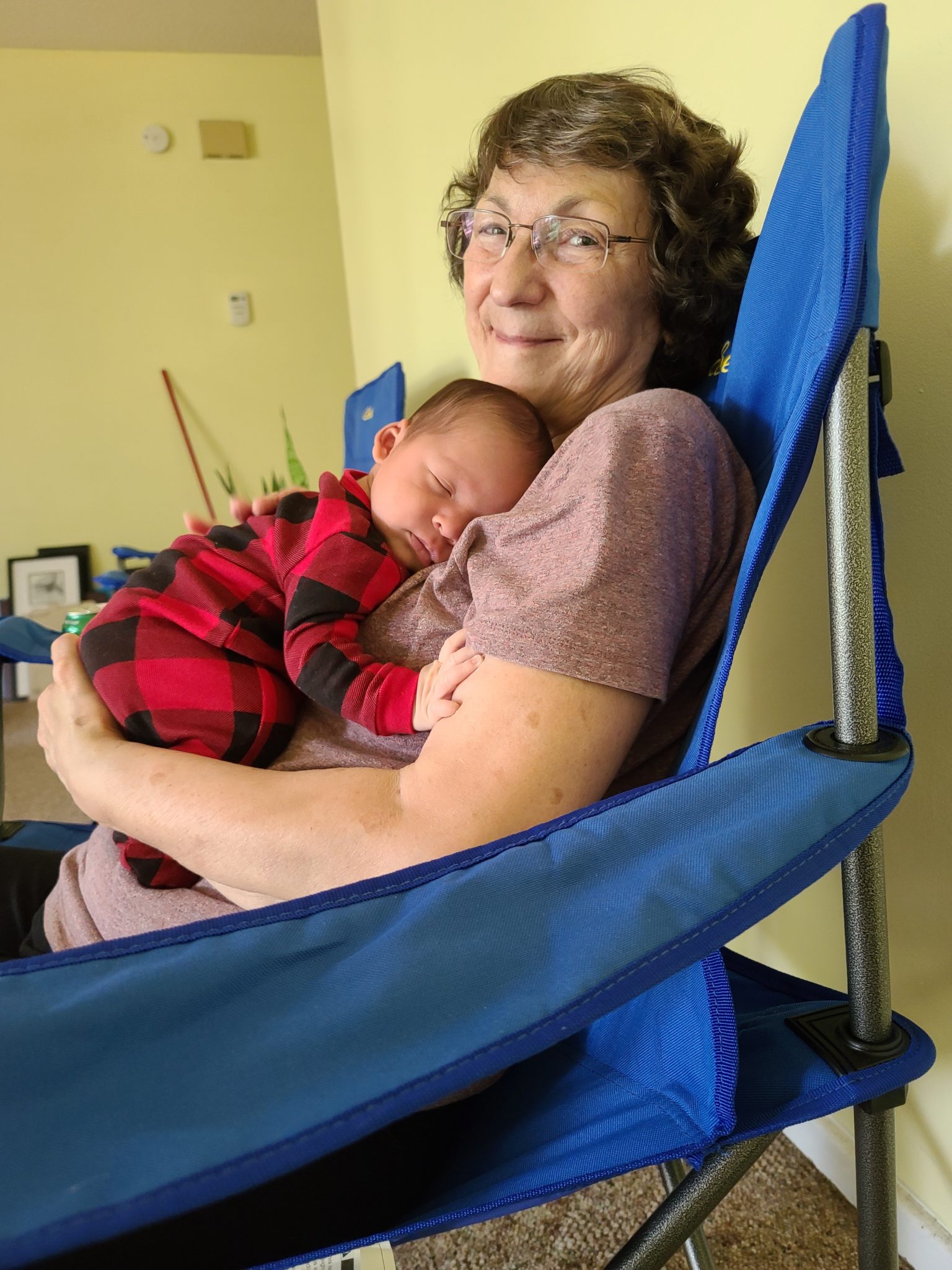 Donna Frederick enjoying a warm embrace from her grandson: “I may be on medication for the rest of my life, but we stopped the disease in its tracks.”

These days, Frederick appreciates the time she spends with her daughters and grandsons in St. Georges. “I knew the surgery wouldn’t repair the damage already done; I still feel like I have magnets in my feet. I may be on medication for the rest of my life, but we stopped the disease in its tracks. Being at HSC with such a caring team to support me, meant I could relax and let my body recover, no matter how long it took.”