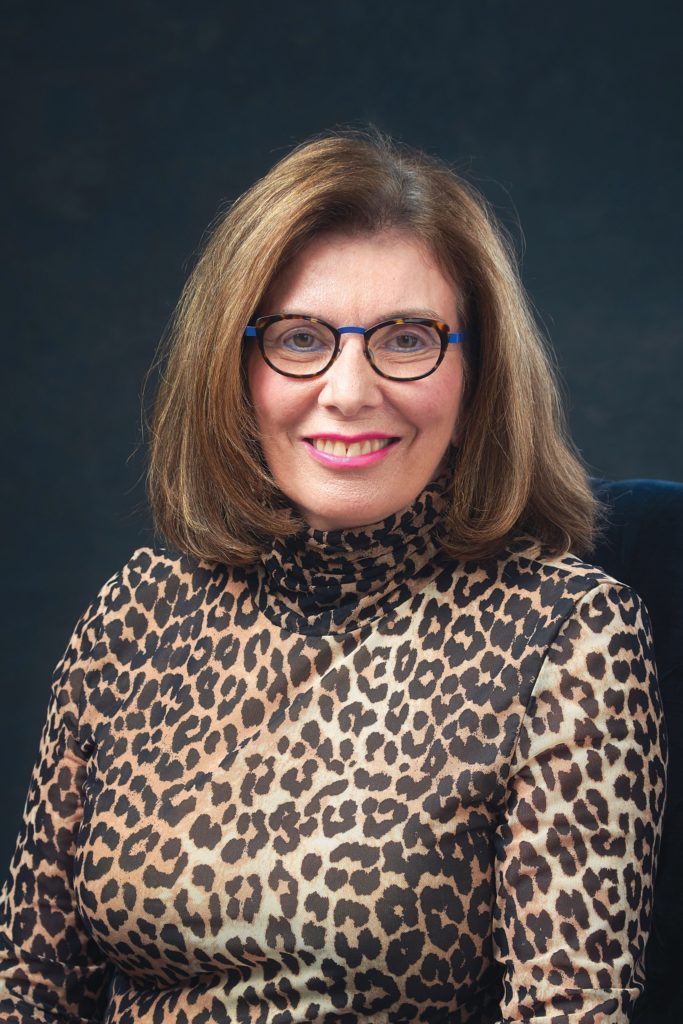 Despite dealing with periods of great sadness and stress in her life, and despite living with mental health challenges and chronic pain, Debra Faye Bausman sees beauty and hope in the world, and lives with a spirit of gratitude and grace.

Her decision to donate her body for medical research and to leave a financial legacy to the Health Sciences Centre Foundation is Bausman’s way of giving back to the community. She hopes that her decisions will help researchers and clinicians solve medical mysteries, especially fibromyalgia, a condition that she continues to battle all day, every day.

Bausman recalls a sad and lonely childhood growing up in Winnipeg, and has gone on to live a very solitary life. As a child, she spent much of her time at home alone in her room, reading book after book borrowed from the mobile library that came around monthly.

She was a stellar student who loved school; her eyes still light up decades later when she reflects on her favourite elementary school teachers. Her teachers recommended that she be sent to a special enrichment program, but her parents rejected that idea, instead agreeing to move her ahead a grade. The new grade was not a positive experience for Bausman, but her thirst for learning and gaining new knowledge remained—and still remain—insatiable.

When considering her career options, she expressed an interest in becoming a police officer, but was immediately discouraged by her parents. And so, following graduation from Elmwood High School, Bausman enrolled in the social work program at the University of Manitoba. She chose an education in social work as she saw the field as a way to help people and to demonstrate compassion.

Upon graduation, Bausman took a position in the child abuse unit of the Children’s Aid Society. Her work was very challenging and often heartbreaking as she was required to investigate allegations of abuse and frequently needed to apprehend children for their own safety. As difficult as the work was—work that often made her feel “sad and broken”—she takes pride in the fact that the difficult decisions she made were always validated by the courts. She later became a Victim Services Volunteer with the Winnipeg Police Service.

She stayed with Children’s Aid for five years before moving to a less stressful position at Eaton’s. Retail was a welcome departure from the stress of working with abused children. She excelled at Eaton’s ultimately working her way up to the position of regional manager.

During her Eaton’s years, Bausman met a man and ultimately married him and moved to Cooks Creek, northeast of Winnipeg. She didn’t know a soul in the community and the marriage was deeply flawed. While Bausman enjoyed her work as a home care supervisor in Beausejour, her marriage and her social life were sources of stress and unhappiness. Her health started to suffer and she was diagnosed with fibromyalgia in 2008 and had to leave her job. During these years, she also had to deal with the passing of her beloved brother Gerald in Ontario. Gerald contracted polio during the epidemic of the early 1950s, but lived his life as the very definition of perseverance. He took on physical work to prove that he could, and always kept a positive outlook. Not only was Gerald an inspiration to Bausman, he was also the only member of her family with whom she had a loving relationship. His passing was devastating.

As her marriage failed, depression set in. Bausman left the couple’s home and returned to Winnipeg in 2018, and their divorce became final in 2019.

At the time of writing, Debra Bausman is officially retired and continues to battle depression and fibromyalgia. While a return to Winnipeg and the single life have been a relief for her, her health has been a challenge. With fibromyalgia, every day can be a mystery.

“It’s a condition where every day you wake up and you don’t know what your body is going to be like, if you can even imagine that,” says Bausman. “Where is the pain going to be today?”

On some days, her walking is laboured. On other days, her arms hurt. Bausman feels pain every day. But she also feels grateful. And generous.

In 2018, she started receiving help for her depression from Dr. Jitender Sareen, Dr. Leon Mowchun, and Judith Harper RN at Health Sciences Centre. The care she has received has made a world of difference. Her outlook, her well-being, and her mood are positive for the first time in a long while.

“I am so grateful to this hospital. I can’t express it in words. They really care,” she says.

Her bequest to support research at HSC as a member of the Bannatyne Legacy Circle is an extension of who she is and the life she has led. Grateful. Passionate about knowledge. Overcoming challenges. Seeing hope through adversity.

“This decision is just very natural for me. I can’t think of anything else that I would want to do,” says Bausman. “No matter what stage of life we’re at, our acts of gratitude can help others in the future.”