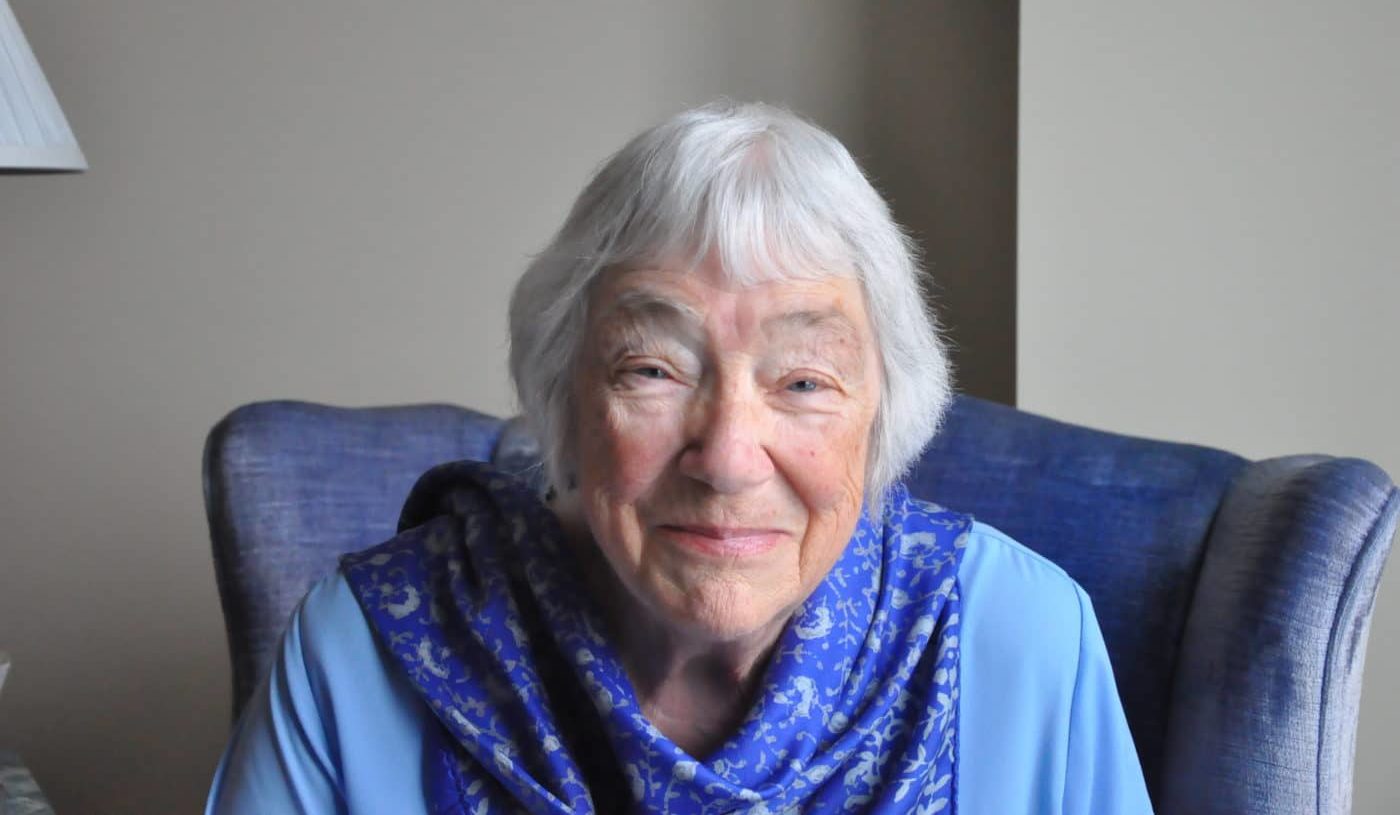 For Diane Hoskins of Ottawa, Health Sciences Centre is part of her DNA.

Hoskins is the great granddaughter of Andrew and Annie Bannatyne for whom the Bannatyne Legacy Circle initiative is named. Andrew Bannatyne and Annie’s father (Andrew McDermot) donated the parcel of land upon which today’s Health Sciences Centre flourishes. It is said that Annie’s persistence and passion inspired the donation.

The first hospital building was constructed in 1875 at a cost of $1,818, of which Annie Bannatyne and the “Ladies of the Province” (now the White Cross Guild) raised $1,345.

Annie was the daughter of Andrew McDermot, of Irish descent, and Sarah McNab, of Saulteaux descent. They had 15 surviving children including a daughter also named Annie. Annie married Gerald Simpson. Among their children was Philip Simpson, who married Isabel Hunt. The late Philip and Isabel Simpson were the parents of Diane Hoskins. It is a heritage of which Diane Hoskins is deeply proud.

Hoskins was born in 1935 in Montreal where her parents had met and married. The family moved to Flin Flon in 1942 when she was seven-years-old. She attended Success Business College in Winnipeg and then moved back to Flin Flon where she took a job at CFAR Radio—the “voice of the north”. Aside from her office duties, Hoskins hosted a daily women’s radio show where she would announce local births and read recipes on the air. At CFAR, she met Don Hoskins—the man who was to become her husband—who helped select music for the show.

From Flin Flon, Diane and Don moved to Saskatchewan where Don worked in television. The couple then moved to Winnipeg where their three children—Christie, Hunt, and Donata—were born in the 1960s at the Women’s Pavillion of the Winnipeg General Hospital (now HSC).

Don later accepted a public relations position with Inco which took the Hoskins family to Thompson, Sudbury, and Copper Cliff. They then moved to Ottawa where Don started working with Canada Newswire before launching his own media transcription company. Don Hoskins passed away in 2012.

While raising their children, Diane Hoskins was an active community volunteer at her children’s school, at her church, and at other volunteer-driven organizations. She is a strong believer that being a homemaker and a volunteer has quantifiable value. For nearly a decade, Hoskins lobbied policy-makers to recognize the efforts of stay-at-home parents in the Canadian Classification and Dictionary of Occupations. Her passionate advocacy included a call for a national pension program. She recalls facing stiff opposition from several circles, including the National Action Committee on the Status of Women, an organization that once denied her participation in a conference.

While her efforts were ultimately unsuccessful, her advocacy did eventually lead to new questions being asked on the Canadian census including queries about the amount of time one spent bathing a young child or helping with homework. The questions demonstrated at least a small understanding of the value of parenting.

When Hoskins’s parents passed away, she and her siblings memorialized them by setting up a bursary fund in 1990 to support nurses wanting to further their education in geriatric studies.

Diane Hoskins is the proud grandmother of Philip, Simon, and Isabella. Her decision to join the Bannatyne Legacy Circle and commit to leaving a legacy gift to the Health Sciences Centre Foundation is, in part, a way to remind her grandchildren and future generations of the family’s European and Indigenous roots; to remind and to celebrate, especially in these times of reconciliation between Indigenous and non-Indigenous Canadians.

The decision is also a way to honour her own past and to express her gratitude for the role that HSC has played in the community:  “My legacy gift will honour the legacy of my ancestors, honour the work they started, and prepare the hospital for what is to come.”