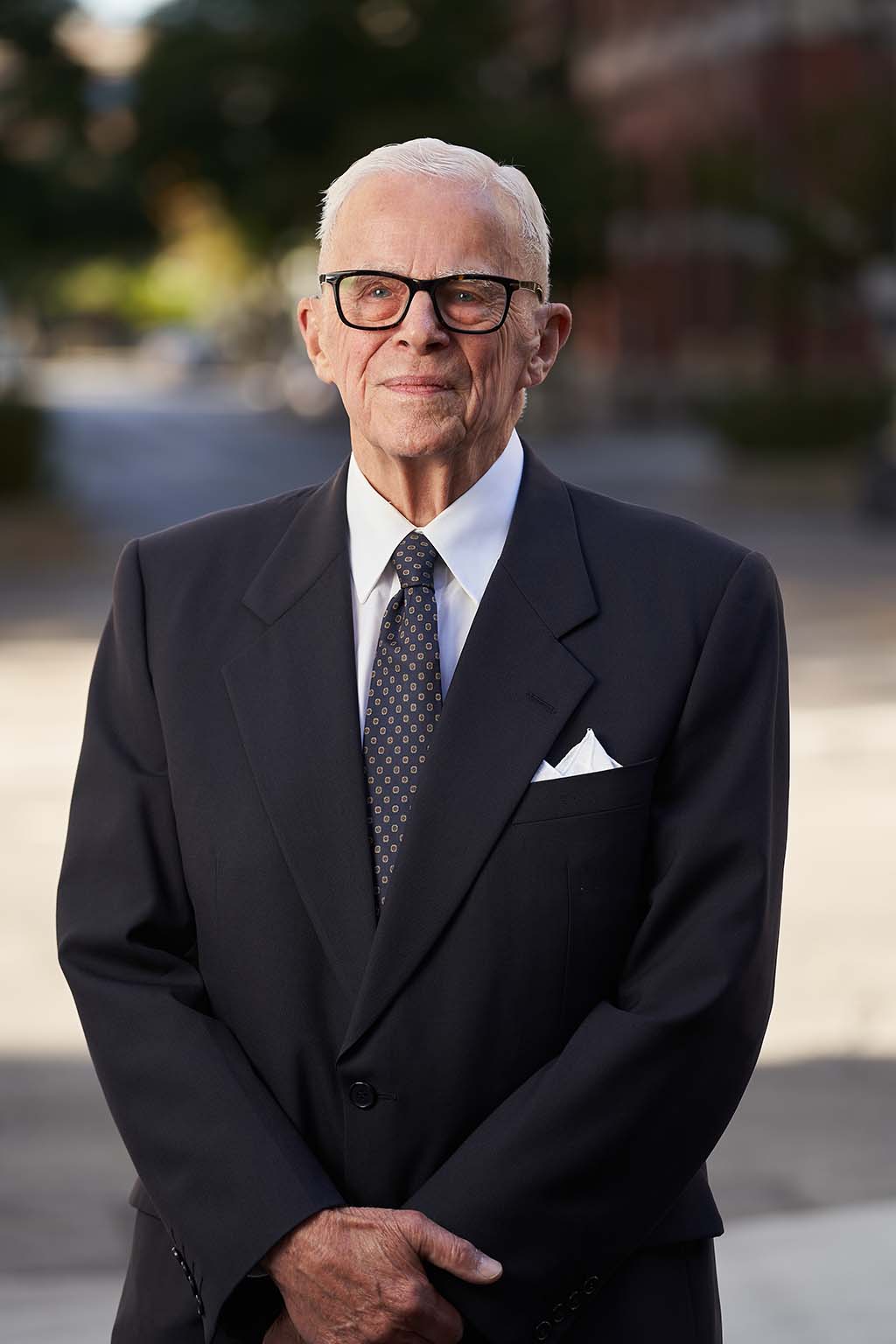 At the age of six, Paul Galbraith made a decision that would ultimately have a positive impact on the lives of thousands of Manitobans.

While receiving care from pediatrician Dr. Gordon Chown for Celiac disease, young Paul decided that he, too, wanted to become a doctor in order to help others. And while pediatric medicine was his initial inspiration, it was through hematology, the study of blood disorders, that Dr. Paul Galbraith made his mark over a long and storied career.

Passionate about science and medicine, Dr. Galbraith has long understood the role that philanthropy can play in improving the health care system and supporting vital research.

“I’ve always thought that HSC needs to be the leader in care, in research, and in innovation,” says Dr. Galbraith, who is an annual donor to the HSC Foundation. “I want the centre to thrive and succeed.”

Dr. Galbraith spent most of his career at HSC. He began with a short stint in 1961 at Baylor University before returning to HSC in 1965 and staying until his retirement in 2004. He served as a member of the HSC Board; as Secretary, Vice-Chairman, and Chair of HSC’s Medical Executive Committee; and as Chair of HSC’s Credentials Committee. He also published a number of peer-reviewed papers that advanced the practice of hematology. He was recognized for his teaching skills at the University of Manitoba, where he taught for over 30 years.

Along the way, he also served as a partner in the Manitoba Clinic and was a Consulting Hematologist at Grace General Hospital. He also worked as a Consulting Hematologist at Deer Lodge Hospital and the Cadham Provincial Laboratory; Investigator, Eastern Cooperative Oncology Group; Innovator and Director, Oncology Clinic and Medical Director, Grace General Hospital; and Assistant Medical Director, Canadian Blood Services. He also served on many local, national, and international committees and boards and in 2004, Dr. Galbraith became an Emeritus Member of both the Canadian and American Hematology Societies.

While formally retired, his passion for health care continues to run deep.

“Publicly funded health care has always been stretched and governments are always under many pressures, so it’s difficult for the public purse to fund innovation,” says Dr. Galbraith. “I believe that the HSC Foundation and its donors can fill the gap.” When there is a culture of innovation, he adds, it is easier to attract talent and move health care forward. “Innovation is where progress and leadership start,” says Dr. Galbraith. “We need to support that.”

Aside from his direct support of the HSC Foundation, Dr. Galbraith has supported health care in other ways, too. In 1992 he made a significant commitment to the Winnipeg Foundation in the form of a life insurance policy that will ultimately go to HSC to support nursing education in his wife’s memory and recognize excellence in post-graduate teaching.

Dr. Galbraith was born in Winnipeg in 1930. He graduated from Kelvin High School and earned his MD from the University of Manitoba in 1956. After his internship and residency in Winnipeg, he spent two years as a Fellow in Hematology at the University of Utah in Salt Lake City.

Along the way, he married Elizabeth Black, who passed away in 1992. He later married Carol Schick. Dr. Galbraith has three children: David, Cynthia, and Paul; four grandchildren: Colin, Austin, John, and Daniel; and one great granddaughter, Royce.

Outside of his professional endeavors, Dr. Galbraith has been active in church and condominium board positions, and has pursued various community interests. This includes the St. Andrew’s Society of Winnipeg, which honoured him with its Citizen of the Year award in 2006.

Dr. Galbraith’s philanthropy is an expression of his confidence in HSC, respect for his peers, and an unwavering belief that we need to join together to support the ongoing pursuit of excellence.

Says Dr. Galbraith: “Over my 44-year career in the practice of medicine, it has been an honour and a privilege to have served at HSC. My colleagues and I have conducted our medical practices in a manner which has provided the best of care in modern approved medical science. This will be my final contribution, a legacy in the name of my late wife and my own as a resource which shall support nursing and the recognition of medical excellence. Funding for research is the basis for new revelations which in turn create the basis for new and better health care policies. We all gain from these changes. Funding for new sophisticated instruments leads to improved evaluation of many disorders, while innovative surgical instruments lead to treatment advances for conditions which might otherwise remain untreatable. I believe that all Manitobans greatly benefit from the developments which originate at HSC. We can all contribute in large and small amounts to enhance improvements for our province and the world. We must not fail.”